Arini, an Indonesian studying in Japan now takes on Canada 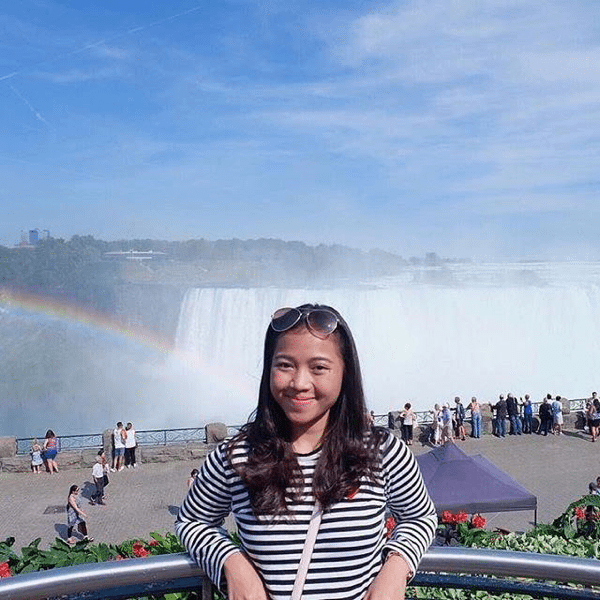 Hello guys! My name is Arini! I originally study in Ritsumeikan Asia Pacific University Japan, but currently on exchange at York University, Toronto. Throughout this week i’ll post about my short journey in Canada these past 3 months!

My first trip was to Niagara Falls because it definitely is one of the must visit place in Canada. It takes around 1.5 hour drive from Toronto but you can also take local bus or train. The waterfalls was sooo pretty and I was lucky enough to see the rainbow alongside with the waterfalls??

My first trip in Canada was to Montreal! It took a 6 hours bus ride from Toronto to come here. Well.. looking at the beautiful buildings and cathedrals, the ride was definitely worth it. This is the Old Town in the downtown of Montreal. The famous Notre-Dane Basilica located 10 mins walk from here. I don’t know why, but I really love this place, like it gave me the European vibe and the buildings here are just so pretty!

Another one from my trips was to Montreal, this is one of the must visit place in this city, Mount Royal Park. The park is quite big, but if you want to take a good picture of the city, go to Mount Royal Chalet, from there you can see the beautiful city of Montreal.
I took a bus from downtown Montreal to Mount Royal then walked for about 15-20 minutes before reaching the top. Make sure you have google maps with you because I almost got lost not knowing which way to go since the direction was very  unclear.
.
OH! Some buses in Montreal does not have any signs as to what stop is the next. Thus, i was turning to my GPS most of the time ???. A quick trivia about Montreal/Quebec- the province is the only one in Canada with French as its first language!
.
But after all, Montreal was soooo nice! For food lovers out there, don’t forget to go to Schwartz if you’re in Montreal! This town is famous for its smoked meat!!?? 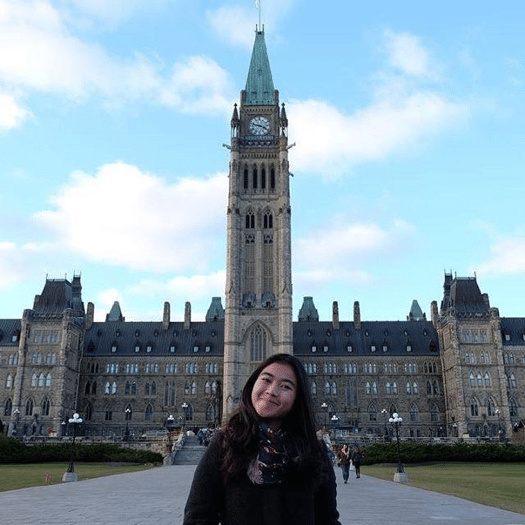 My second trip in Canada is to Ottawa! The capital city of Canada is located 4-5 hours by bus from Toronto. The city itself is not really big and you can actually go everywhere by walking. This pic was taken at the famous Parliament Hill in downtown Ottawa. I would recommend this city for someone who would like to know more about Canada, its history, culture and art because they have a lot of museums here. Since i only stayed for the weekend, we did not have much time to visit the museums but at least I got to visit Meech Lake near the Prime Minister house!??? 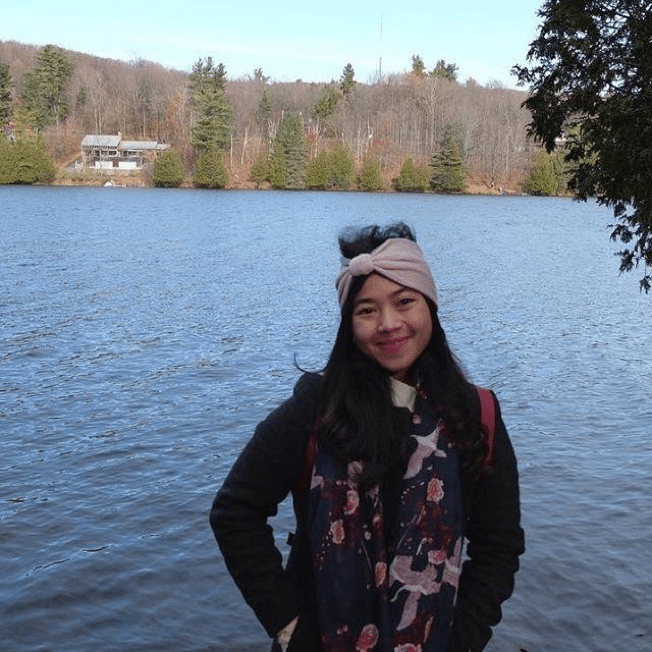 This picture was taken at Kingsmere Lake, Guitenau park, Quebec. The park is one of the most famous park in Canada, 30 mins from downtown Ottawa by car. Actually we wanted to go there for the famous Pink Lake, BUT our uber dropped us at a hiking track that is supposed to be close with Pink lake, but it turnedout the lake is 2 hours hike from there. After walking for so long, we met a woman who lives around the area and she told us that the way to Pink Lake is closed????. Fortunately the woman was so kind, she ended up giving us a tour around the area, brought us to this lake and Meech Lake and even drove us back to the nearest small town since we couldnt find any uber to go back to Ottawa from the park. We were super glad and thankful to have met her. A really heartwarming experience that made me believe that humans are kind!! Wherever you are, thank you!??? 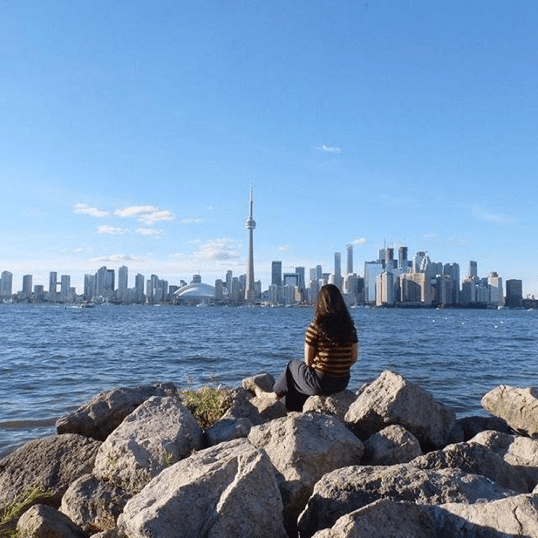 Lastly, I would like to share how I felt throughout my exchange.
.
Since I’m an Indonesian who studies in Japan, I thought going to exchange won’t make any difference, one point will be the same; I will be away from home and family, but this time I’ll have 13 hours difference instead of a mere 2 hours. However, when school started, I realized that Canada was so unfamiliar to me, the culture, the people and everything, It took some time for me to adapt with Canadian culture since they are so different with Indonesia/Japan. But overall, I’m so glad I chose Canada as my exchange host country, as they said, Canadians are really nice! I enjoyed my exchange so much yet I also can’t wait to be back, just like the famous saying goes, you’ll appreciate things better when you’re not there.
This picture was taken from Toronto Island! Quick trivia- The island was only 15 mins ferry ride from the city and it is actually the shortest ferry ride in the world. People usually come here to enjoy the nature away from the city, you can also rent bike to explore the island or sun bathing at the beach. I love this island! Especially when you’re looking at the skyline in sunset, it was so breathtaking? and definitely will come back to the island before the winter starts because the island will be close for public in winter!