It is quite common to crave Asian food on exchange. Being a typical Singaporean, I needed my fix of Japanese, Korean and Thai on top of my normal Chinese cuisine. My mum, being the loving mother she is, packed me a whole bag of spices so I can cook for myself on the trip. To be very honest I’m not the best cook but I promised myself that I would improve during my exchange (my best Asian cooked meal on the right!). My adventure with Asian food in Europe was about to begin!

School started late so I decided to go on a 3 weeks solo backpacking journey. The tough thing about solo backpacking is that your accommodations is usually in a youth hostel. I could not cook Asian food if I was craving it! My choice of destination was Eastern Europe and I had 2 really contrasting experiences.

My cravings hit me real hard in Romania and I was in a food court. The Chow Mien noodles stall was calling out my name. I remember a tip I received from someone that if you see an Asian person cooking, it’s probably going to taste good. I take a peak in the stall, yes! A Chinese guy. I was super excited I could almost taste it. It was salty! (The meme accurately describes me, trust me when you eat bad Asian food, it actually makes you crave it more HAHA).

This was a painful but real lesson, not all Asians can cook. It happened to me another time at a food festival. I was so excited when I saw dim sum and even spoke to the chefs in Chinese. It was heartbreaking when I put that first dumpling into my mouth. I even had to lie to my friends and said it was tasting since I spent so much money on it. There were 2 things that dawned on me.

Firstly, the food could have been cooked to suited western taste buds. When I cook for my European friends I always notice that they add extra salt to the food. When I was in Poland, Perogies (Polish Dumplings) had very thick skin and could explain why my dumpling skin was so thick. Secondly, the Asian chefs might not be in the F&B industry because of their skill. F&B has the lowest barrier to entry, little education is needed and there is arguably little sunk cost. This could also explain why Asians would cook their food to suit western taste buds instead of making it authentic (I think sometimes we forget that new food might not be as appealing to everyone). However there were instances where the food shocked me. 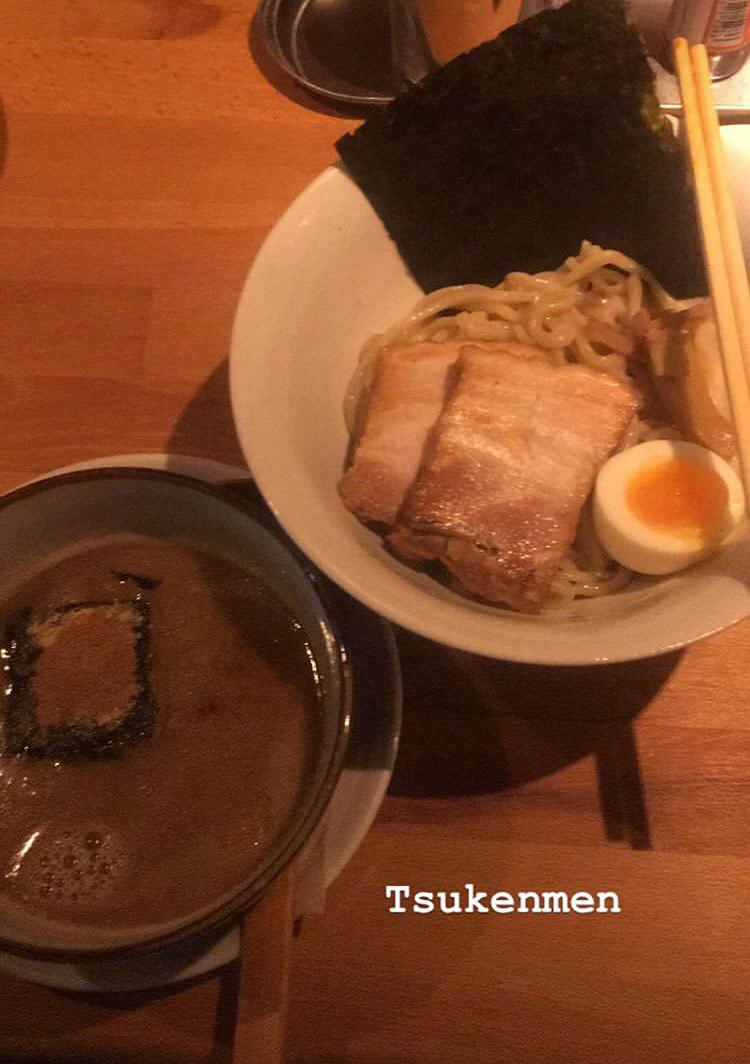 I found this Bulgarian place with Japanese chefs (Happy Pig) on a magazine and was determined to pay them a visit. My friends strongly advised against it as it is a “whitewashed review”. I choose the most Asian thing on the menu of course, a Miso porridge with Beef Tripe. It was mind-blowing. The chef was a Japanese immigrant but grew up in Sofia, he still kept to his routes but had to be creative in his use of ingredients. I found a highly rated ramen place in Frankfurt (Muku) and I ordered a Tsukemen which would most Singaporean Ramen places to shame. The Noodles were handmade and you can imagine how fresh the pork was when they used it for the soup. What blasphemy am I speaking?

An episode called “Pizza” on Ugly Delicious, a Dave Chang documentary shaped my mindset. An representative from the Association Verace Pizza Napoletana kept defining a good pizza with ingredients made from Italy. The contrasting characters stressed that the actual importance of a good pizza was using the best ingredients available to them. I feel that the raw food in Europe is much fresher as compared to the imported raw food in Singapore. The supply chain is so much shorter. If both chefs were equally skilled, the European one would taste better.

There were times during my trip where people would angrily reply my story “Nick! Stop eating Asian food and try some local food”. I definitely should have tried more local food on some of my trips, however eating Asian food also gives you some glimpses into local food culture. In Poland I had dinner in a Thai restaurant (Khuk) that tasted really authentic. I half expected an Asian chef to be the cook but to my surprise it was a Polish person. There are instances where Europeans take an interest in Asian food and aims to replicate it authentically. I also had sushi on that trip (Oto! sushi). I am a firm believer of “food ratios” which made me pleasantly surprised when my sushi was served to me disproportionately. There was more fish than rice! Having had a Polish meal before that, it dawned onto me that it is in the Polish food culture to serve much more protein than carbohydrates. This sushi was an extension of their culture to fit the local people’s taste buds.

Travelling Europe has really opened my eyes to food and made me understand how Asian food is perceived from the other side. This journey has helped me a bit more sense on my love for food.