Backpacking Laos Off The Grid under $400 for 2 weeks! HEY YALL its Tashryn here, a Philosophy major from NTU. One of the blessings of being an undergraduate is the flexibility of time and semester breaks gave me the opportunity to begin my backpacking phase. Here’s the early stages of my journey as a backpacker!

Prior to my internship in Vietnam, I thought why not travel for a bit? And so Laos happened in the span of 2 weeks with roughly about 400 sgd in my pocket. The route I traversed began in Vientianne > Vang Vieng > Luang Prabang. 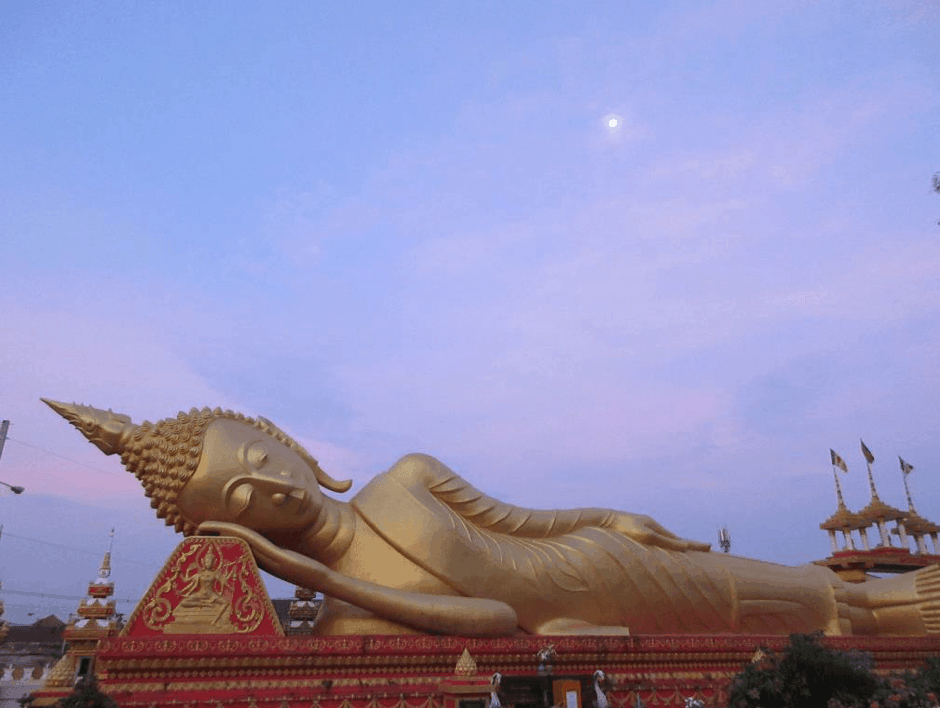 This golden Sleeping Buddha is the first thing that greeted me upon touchdown in Vientianne. Laos is situated in a largely Buddhist region so there are plenty of stupas and temples to go around. As the capital of Laos, Vientianne boasts modern structures and convenience but this was just a pit stop to get going with the adventure that awaited.

VANG VIENG – They deem it backpackers’ haven because its so-called a party animal place but really, it’s more than that. I did myself a favour to escape the crowd by choosing to trek into the mountain valleys where fresh air and even fresher vibes welcomed me.

My guide was really sweet, he started a fire and made lunch for us all in a matter of minutes. Laotians’ staple food is sticky rice and they eat it with literally anything! They usually hunt for their food in the jungle as well, I was so impressed it’s almost like these people are living in the Middle Ages. 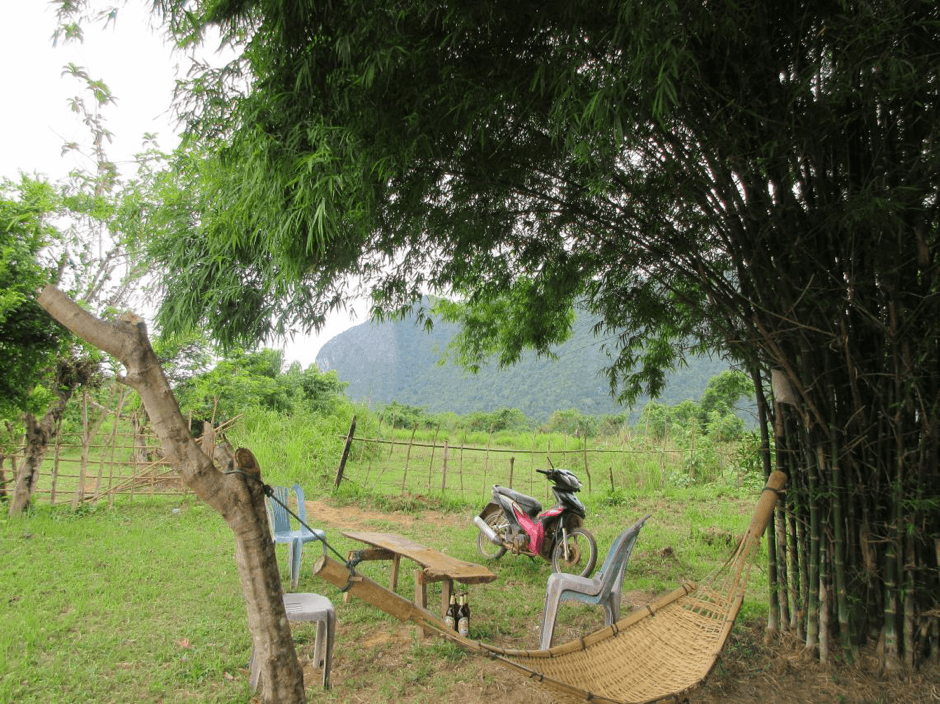 Would you believe me if I said this to be my humble abode in Vang Vieng? I wouldn’t either but I sure wouldn’t mind if it was! This bamboo hammock was my favourite hangout spot the entire time I was there – all that quality time for myself to self-love and finally escape reality for a bit.

My time in Vang Vieng lasted a couple of days but this image would never leave me. Besides trekking through the valley, I had a go at zip lining and tubing downstream but unfortunately lost footage of those times.

To get to Luang Prabang, I kayaked my way out of the inner mountain valleys of Vang Vieng and hopped on a bus that journeyed for about 4 hours. Then I found myself in UNESCO World Heritage-preserved town.

To be honest, I didn’t take any guided tours here for obvious reasons –save on whatever you can! Except the occasional entrance fees of course. Besides, it’s so much more fun finding things out unknowingly and getting lost in the spirit of adventure! All I did was walk around this ancient city and explore cultural sites on my own. I took all the time I wanted to experience whatever I could, including crashing a school assembly that was in session only to end up being invited to play soccer during their recess break by the students. It was really fun messing around with the kids + the teachers even thought I was a good influence just because I was an English-speaking human they could practise with.

Now this, THIS is the highlight of Luang Prabang for me. Just look at how beautiful???? I could not fathom how everything here was so well-preserved and most importantly, natural!! The 8 hour-trek to discover this secret spot is so worth it and the natural springs further down is not to be missed for real. I spent way too long bumming around here that I got pretty bad wrinkles and a slight fever after coming back for seconds how silly but I would do it all over again!!

After Luang Prabang, I headed back to Vientianne to gather my essentials before the internship. While I was grateful for everything Laos gave me, I felt the need to give Laos something in return. A fellow backpacker I had met along the way mentioned this place – COPE. It is a physical rehabilitation service centre with a museum and public displays of how people who had suffered as a result of the war were trying to regain a sense of normalcy in their lives. I spent a whole day at this centre, dedicating some time to educate myself about Laos ‘history and steady growth as a nation in this rapidly-changing world.

It is important for me as a traveller that I contribute to the countries that I travel to in small ways that I can, be it visiting an orphanage or planting crops in a local’s backyard farm. There is a story everywhere you go and you will be surprised at how humbling the whole backpacker’s experience can be if you take the chance!