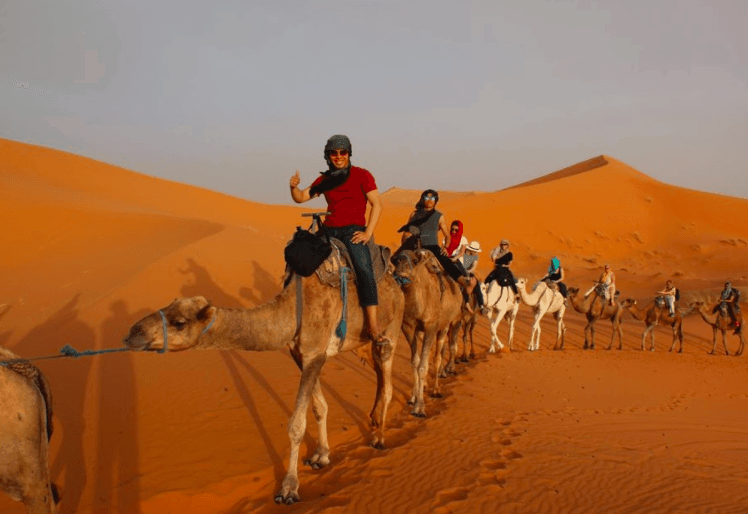 Hey there! I’m Benjamin and I was on exchange in Norway (BI Norwegian School Of Business). I’ve travelled to quite a number of countries over the past months, and the most memorable of memories for me have to be the places least explored!  I’d be sharing with you my journey in Morocco and show you how to experience Morocco, with each day covering the different cities and sites in this diverse trading hub of old. But first, let me begin this journey with a sneak peak and some quick facts on the Sahara Desert!

1. The Sahara is not a continuous stretch of desert but separated by mountains and vegetations; west Sahara where Morocco is distinctly separate from the other Sahara regions

2. West Sahara is still currently a disputed territory and we could see the border of the next country from the tallest dune behind our campsite; so be careful where you cross!

3. Visits to Sahara is already highly commercialized and can be easily booked online. I highly recommend it but be prepared for a long trip there from the nearest town!

4. Be prepared to be literally surrounded by camel dung everywhere, especially at campsites; imagine the cumulation of dungs along the same routes and campsites over decades. But do not worry! They are all dried up and harmless. 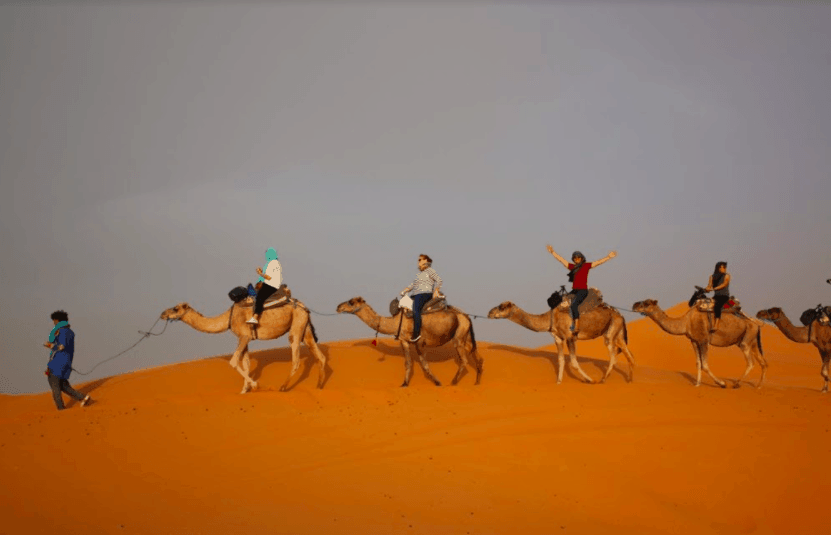 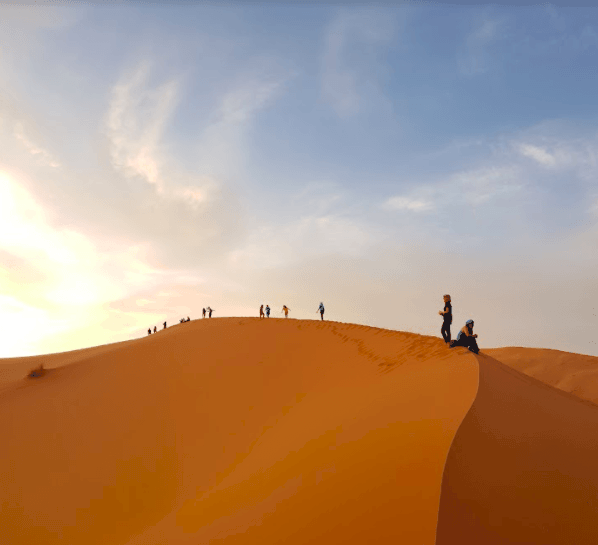 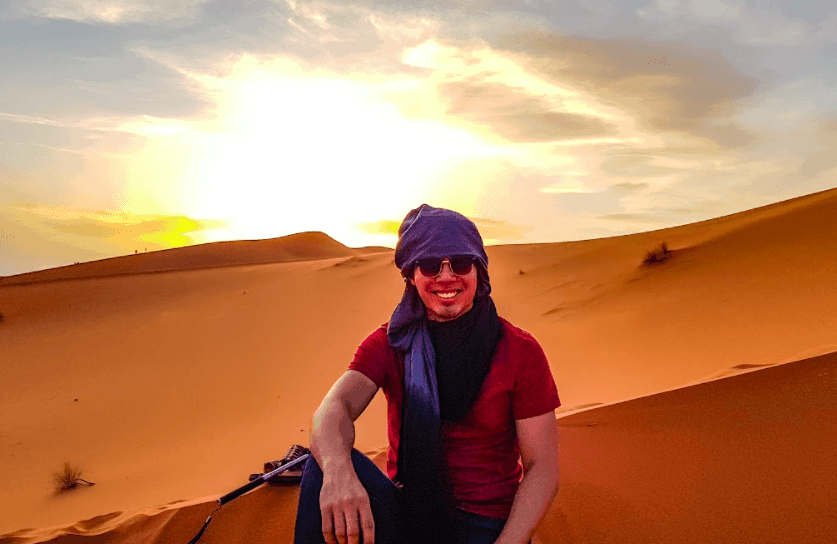 Of Argan oil and her characteristic wind! Facing the north Atlantic ocean, Essaouira’s strong wind will greet you the very second you step out of the tour van. Be mindful of touts approaching you to be your guide though and do not be shy to courteously reject their offer should you want to explore the town by yourself. The owner was a good break from the hustle of Marrakesh, offering a laid-back and did I mention a MUCH CHEAPER alternative. The souks are much better lined up and ‘organized’ and the small town can be covered within a half day should you want to. Be cautioned about taking photos though; ask politely before snapping any photos of their products or of them. The locals are private people and may confront you for your photos. Prior to our arrival in Essaouira, we were treated to the sight of tree-climbing, argan refining goats of Morocco. 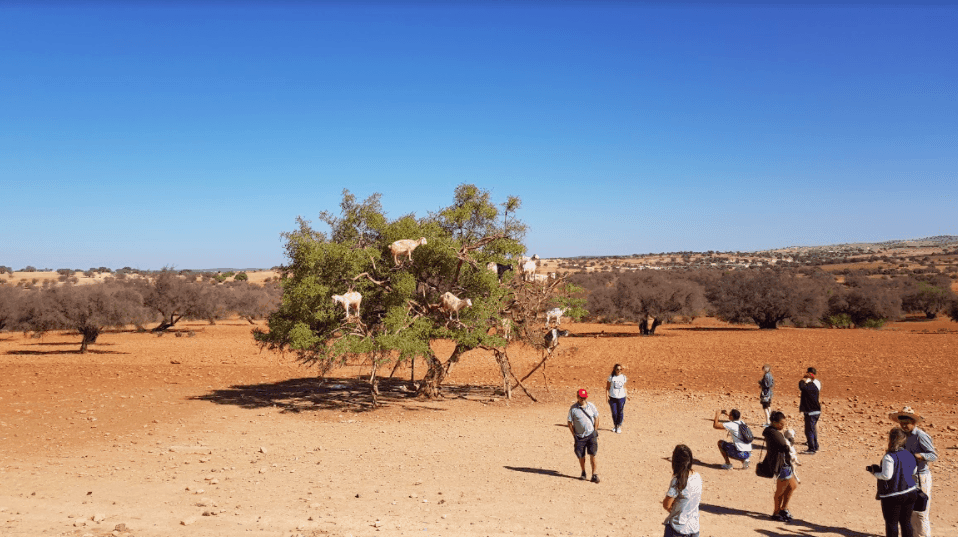 Walking through the streets, the myriad of handicrafts, colours and people will greet you. Carts powered by donkeys squeeze between stalls and motorcycles whizz pass you; missing by millimeters. Every few stores there will be a familiar conversation starter going by “Konichiwa! NiHao. Where you from? Come look is free!” Gesturing enthusiastically to their goods. Hawking their goods seem to be second nature and some of them are very persuasive and really good salesman. Be prepared for intensive bargaining, and if you are there cut to a quarter of the original price! As the nicer locals would tell me “Price not fixed, bargaining is the Moroccan way” 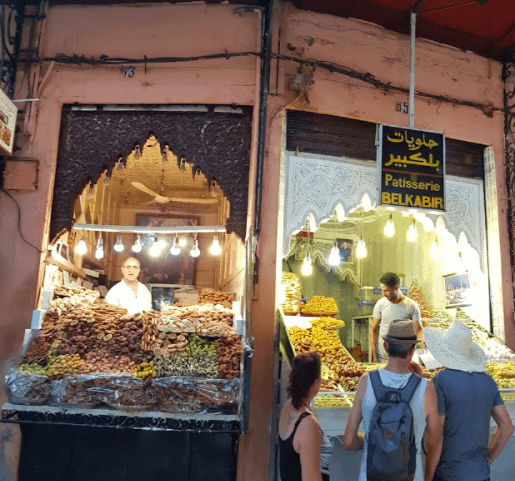 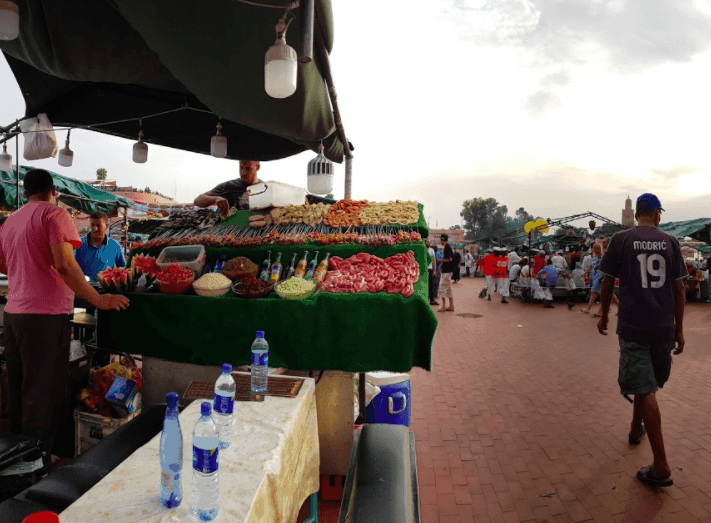 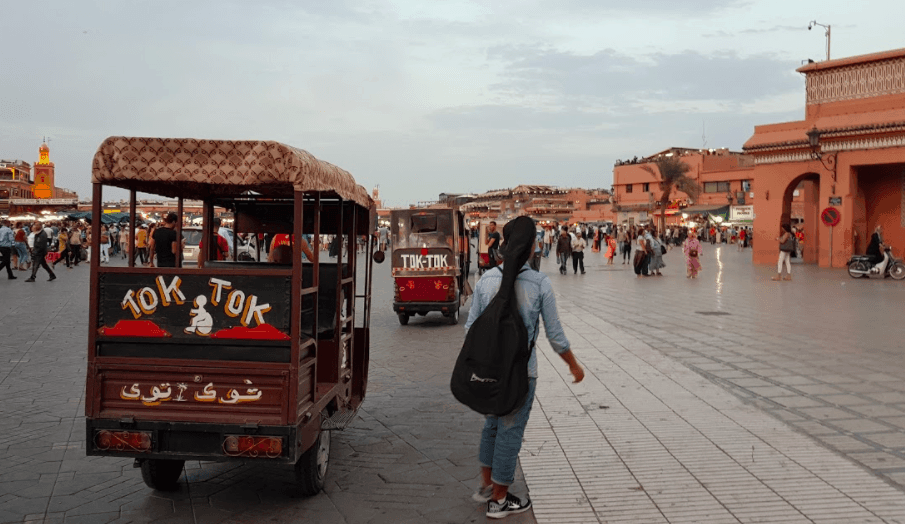 Meet Azeddin and Ayoub whom we had hours of conversation within their stores. Azeddine, the older male represented the down to earth and traditional generation. He embodied hard work and simplicity. Ayoub, his ‘liberal’ neighbour shared his experience smoking herbs with Dutch tourists, having come from a quieter town and am nowhere in search of new perspectives and a more exciting life. Both however shared their perspective on the purpose of life: freedom. For Azeddin it was breaking away from a life of employees and starting his own business despite the drop in income and for Ayoub is was breaking away from old physical constraints and what we’re all familiar of hearing back home: to live life and enjoy life. A surprising but pleasant end to a day of getting lost in the souks and making new friends and perspectives.

The streets of Marrakesh: A different world. As I stood observing the locals go about their usual routines while eating by, their ability to strike a conversation, stir interest and sell their product fascinated me. It probably comes after years of practise and maybe, from the bloodline of traders past, trading their merchants generation after generation, molding it into a culture and lifestyle. However, this translated to many “pattern” by some to squeeze some money out of you. Locals pointing out the direction to tourists then later asking for money is a common sight and one even squeezed in front of us to point to us the doorstep of our guest house right before us before asking both us and the guesthouse for money. Further from Marrakesh children playing games would walk up to you randomly asking for money. There was once when even taking a photo we were asked for money. But well no culture is perfect and we all have things to be proud of and things to learn from other cultures. 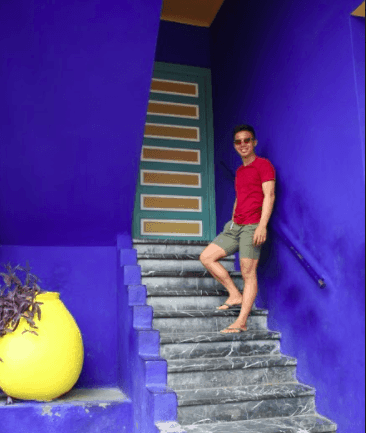 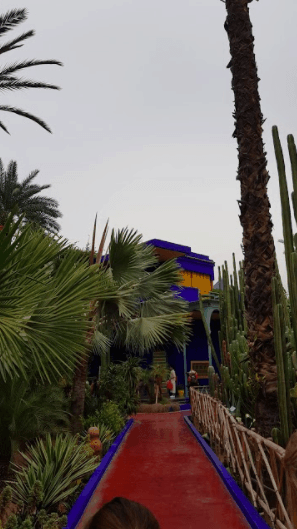 The iconic “Majorelle blue” named after the garden’s creator is found in abundance here in perfect synergy with the local soil and plant colours. The garden seem to be like a world itself, with water lilies and bamboos towering over the raised pathways; a definite must see for garden lovers. Interesting fact!: Majorelle dedicated almost 40years of his life developing the garden but was forced to sell it off later due to the high costs; the garden was rediscovered by designers Yves Saint-Laurent and Pierre Berge who funded its restoration. A UNESCO site, the Ksar of Ait-Ben-Haddou is the most famous “Ksar” (or defensible dwelling) in the Ounila Valley in South Morocco with it’s striking and well preserved Southern Moroccan, earthen architecture. It was one of the many trading posts linking Sudan and Morocco and is located on high ground for good visual over the lower lying pre-Saharan plains.

Morocco is not the most common of destinations for us but if you’re looking for an adventure or just something different, this is a country I’d highly recommend! Thank you for being with me for the week and I’d like to end this takeover with a shoutout to the people across cultures who made the experience: Pamela & Krirsten for the insane night walking down the streets which ended up to drinks with locals by the riverside and dancing under the stars. Mark, the only other crazy guy to hike up the tallest dune behind our camp till 2 am in the morning and being rewarded with countless shooting stars in the middle of Sahara; just beside the Algerian border. Katharina & Kerstin for the good company, chill times and long talks. Tarhar for the shared army experience and jokes. The random souks shopowners and peddlers for the long chats ranging from freedom, politics to the meaning of happiness. Vincent for sharing his interesting life journey from a corporate climber in general motors to venturing out to businesses in Bali and now owning guesthouses in Morocco.

The world is vast, out and there. Cheers! 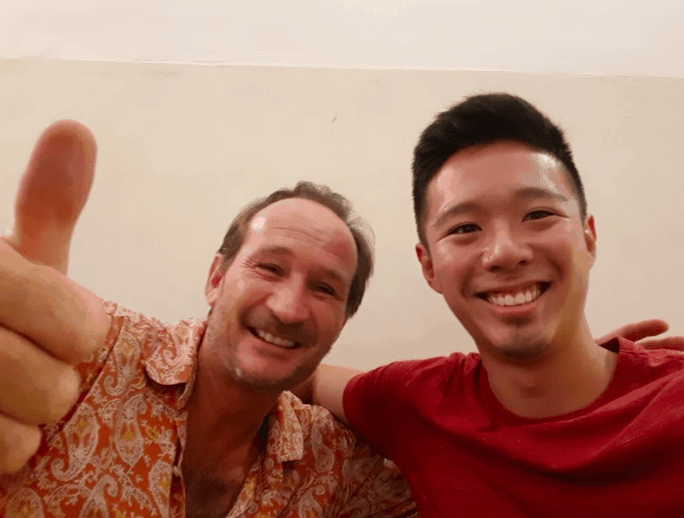 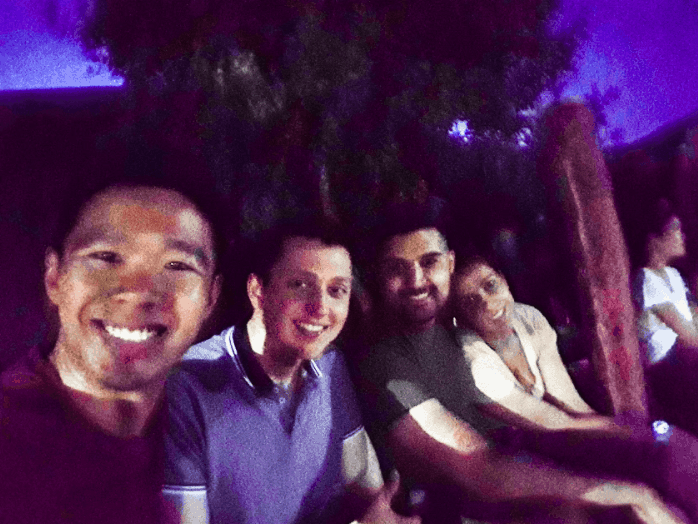