Best places in Europe over 7 weeks 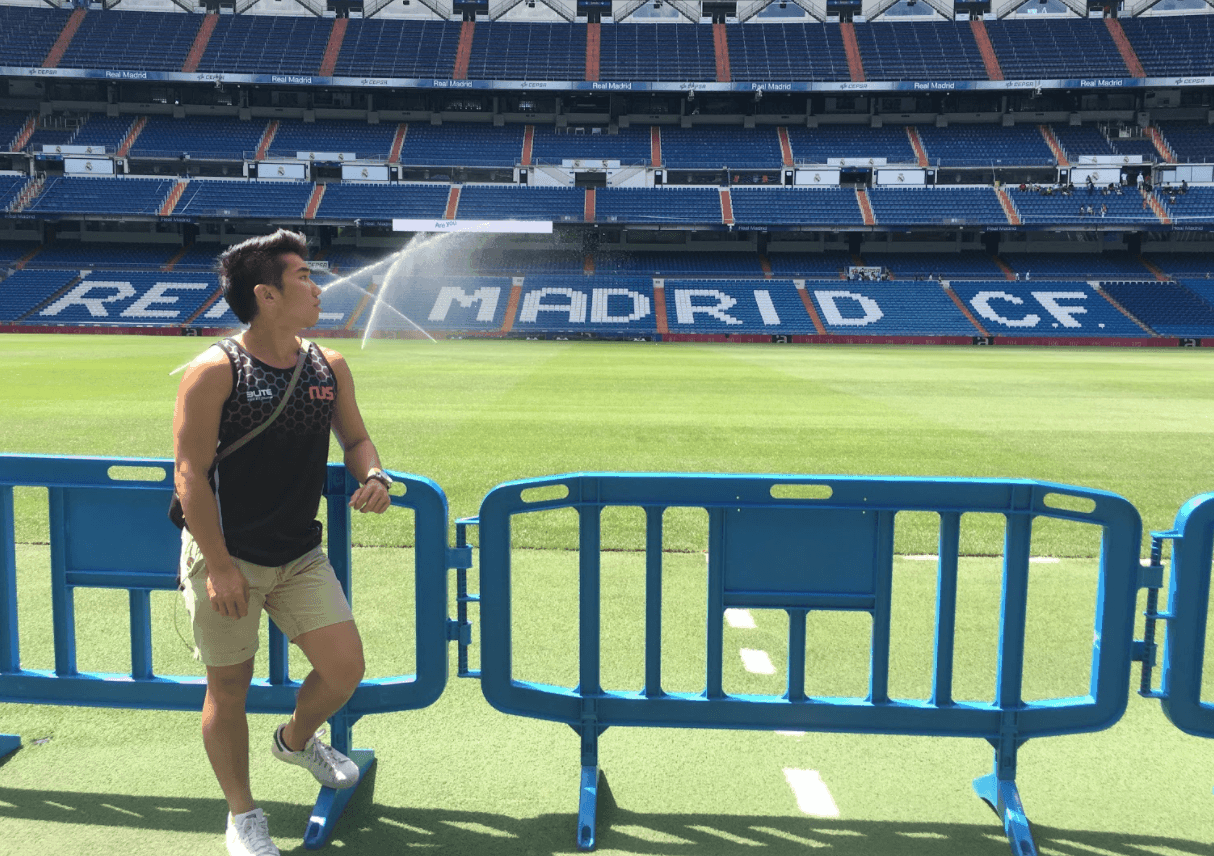 Wassup everyone! My name is Gab and I am a year 3 NUS BIZAD student who went to the Warsaw School of Economics for exchange. I’ll be sharing with you the best places in Europe over 7 weeks!

I went traveling around Europe for 7 weeks beginning with Iceland with the krsteppers (Kent Ridge Hall’s Cheerleading Team)! Following which I and my safety hazard advisor Llewyn went our separate ways to explore the rest of Europe in style?.

In this article, I will be covering all the things your parents fear you’ll do on an exchange. We did it so that you can decide whether it’s worth the pain/suffering/joy/laughter when you go on exchange yourself 🙂 since both of us are still alive, I’m quite sure we’re doing alright!
(Fun fact: not all countries in Europe are in the European Union)

Our adventure across Europe led us to our next destinations of Spain and Portugal!
Our journey through Spain brought us to Barcelona, Valencia, Seville and finally Madrid. If there’s one thing you have to do in Spain is visit the myriad of football stadiums there. Although we didn’t manage to catch Barca getting thrashed by Real, the stadiums alone were a sight to behold. You may be thinking what happens if you shout “MESSI” in Madrid, and “RONALDO” in Barcelona. Well, as promised, we did it. NOT worth it?. As you walk through the streets be sure to catch the stunning architecture of each city and be sure to pop by the monuments of Seville and the Oceanographic of Valencia:) Bored at night? Check out the Club Opium in each city. Worth it, sadly we can’t remember anything?.

Moving on to Portugal. Having enough of the city life led us to go trekking through the canyons in the mountains. In my opinion, after checking out the markets next to the river in Porto hit up some of the outdoor activity companies which offer canyoning, hiking, and kayaking adventures. We used the inflatable fishing kayak – sevylor inflatable kayak. It’s safe yet thrilling. Our last destination brought us to Lisbon. If your tired of your regular Airbnb’s or Hostels why not try G-spot Hostel? Heheh these new varieties of party hostels brings you on pub crawls every night and have an endless supply of beer. Lisbon has an awesome nightlife and many places to explore during the day. Definitely one of my favorite cities to date!
Well, that’s it for this part of the world. Next onward to ??.

Next in line we were joined by the angus beef , Axel to Morocco in North Africa ??

Word of caution, Morocco is hotter than you think, although the weather becomes pretty chilly at night.

Be sure to head down to Morocco’s Blue Pearl (Chefchaouen) and check out the Cascade d’achkour; a series of waterfalls and secret lagoons that one has to swim in freezing waters to get to. The water there is as clear as your thoughts and the sun as bright as your future. Slowly but surely we headed down to Fes before stopping in Marrakech to begin our desert tour of the Sahara. Although tours may come a little costly, it’s definitely a whole new world(shining shimmering splendid) out in the desert as we rode camels and slept under the night sky. Oh don’t forget to stop by the Game of Throne filming sites along the way as well :)Returning to Marrakech, we enjoyed our last days shopping and eating cheap eats like tagines and kebabs.

Next, we head up to Central Europe for the next part of the world tour??

Fun fact: scams and pickpocketing cases are very common among tourists. Hearing suspicious “my friend” or “my brother” can lead to migraines.

After leaving the blazing heat of Morocco, we arrived in Prague of the Czech Republic?? before shooting past Austria ?? and Hungary ??.

Central Europe had many amazing sights and sounds, but as usual, we were hell-bent on trying a few crazy things on the way. First off, skydiving. There is no place cheaper in Europe to skydive and it is very safe. If we made it back down, so will you and it is just a stone’s throw away from Prague itself. The city of Venice in Austria also had its share of amazing architecture and food, be sure to check out the nightlife there. Finally, we landed in Budapest, Hungary. The party capital of the world was a whole new place at night. Rmb those amazing pictures of the Szechenyi baths you see? It’s a nice family bath during the day, but come nightfall on weekends, it turns into a fantastic nightclub.

Oh, and if you do want to relive your army days, so check out the shooting ranges just on the outskirts of town. It’s a bit pricey, but you get to shoot EVERYTHING, without cleaning your rifles.

Fun fact: the city of Budapest is actually 2 cities of Buda and Pest

Nothing needs to be said about Croatia that hasn’t already been said. Although just a single country, I do recommend you spend a good few days here to visit the different cities that offer its own unique experience. We visited Zagreb, Split, and Dubrovnik here.

Zagreb the capital is just as entertaining as any other city, the food here is cheap so just be sure to look out for the best local food. Split and Dubrovnik, on the other hand, are major filming sites for Game of Thrones. The city of Kings Landing would look strangely familiar in these parts. Don’t forget to take some time off relaxing in the beaches to cool off those splitting headaches. While in Dubrovnik, pay Lokrum island a visit, but be warned. Whosoever claims this island for his own, shall meet his end. I’m serious. This island got the curse. Bad curse.

Fun fact: Whitewalkers are about as real as skywalkers.

This point of our journey we were joined by another special guest all the way from NTU, Ben Mak!!

Reaching the last third of our pre-exchange adventures. We entered the colorful Balkan nations of Bosnia??Montenegro ??and Albania ??. If you’re traveling here, do take note that your usual SIM card might not work. Some Balkan countries are not considered part of the EU. We began by going on a rafting tour down a river separating Bosnia and Montenegro. The two-day rafting adventure saw us crossing borders every few minutes and swimming in waters so cold, it gave us more than just cold shoulders. Rafting down the rapids is safe and thrilling, so be sure to check it out. We then left for Albanian capital, Tirana. The city has again cheap food, good draft beer, and extremely friendly people, you may want to venture down south towards Sarande if you have the chance 🙂

This was our last destination before the piece de resistance of our trip,⚡️??⚡

Fun fact: Balkan states have an abundance of cats. If you’re afraid of cats, hahahahah….

All good things must come to an end, saving the best for last, we decided to end our exchange travels in sunny Greece??.

Traveling to Greece has always been a childhood dream of mine. Arriving in Athens, you immediately feel the Greek-ish ness of the place. We immediately checked out the war museum which told stories of the famous battles throughout Greek history. Athens is never complete without visiting the ancient Acropolis that sits atop a small plateau in the Centre of the city. If you’re looking for day trips, do visit cities such as Corfu and the amazing Meteora. The ancient ruins and monuments are the closest you get to being in the presence of the Gods.

So then peace be with you and see you in Europe