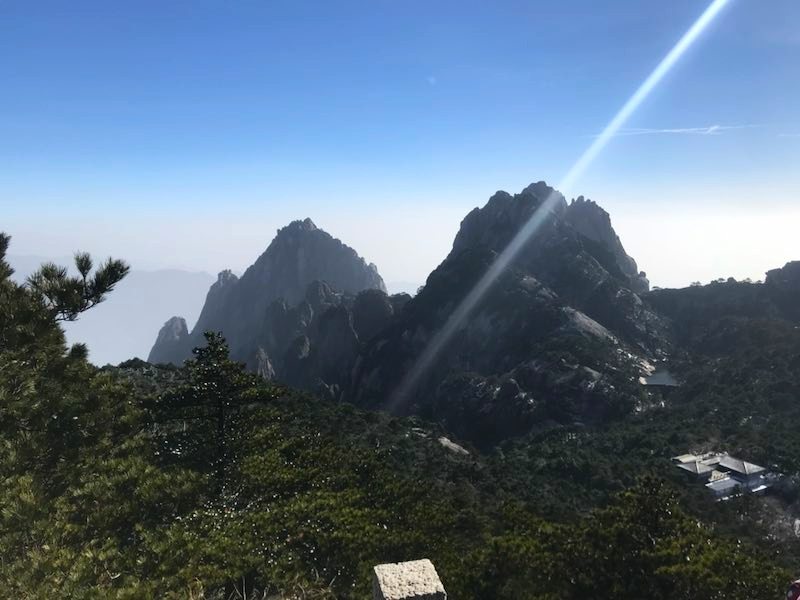 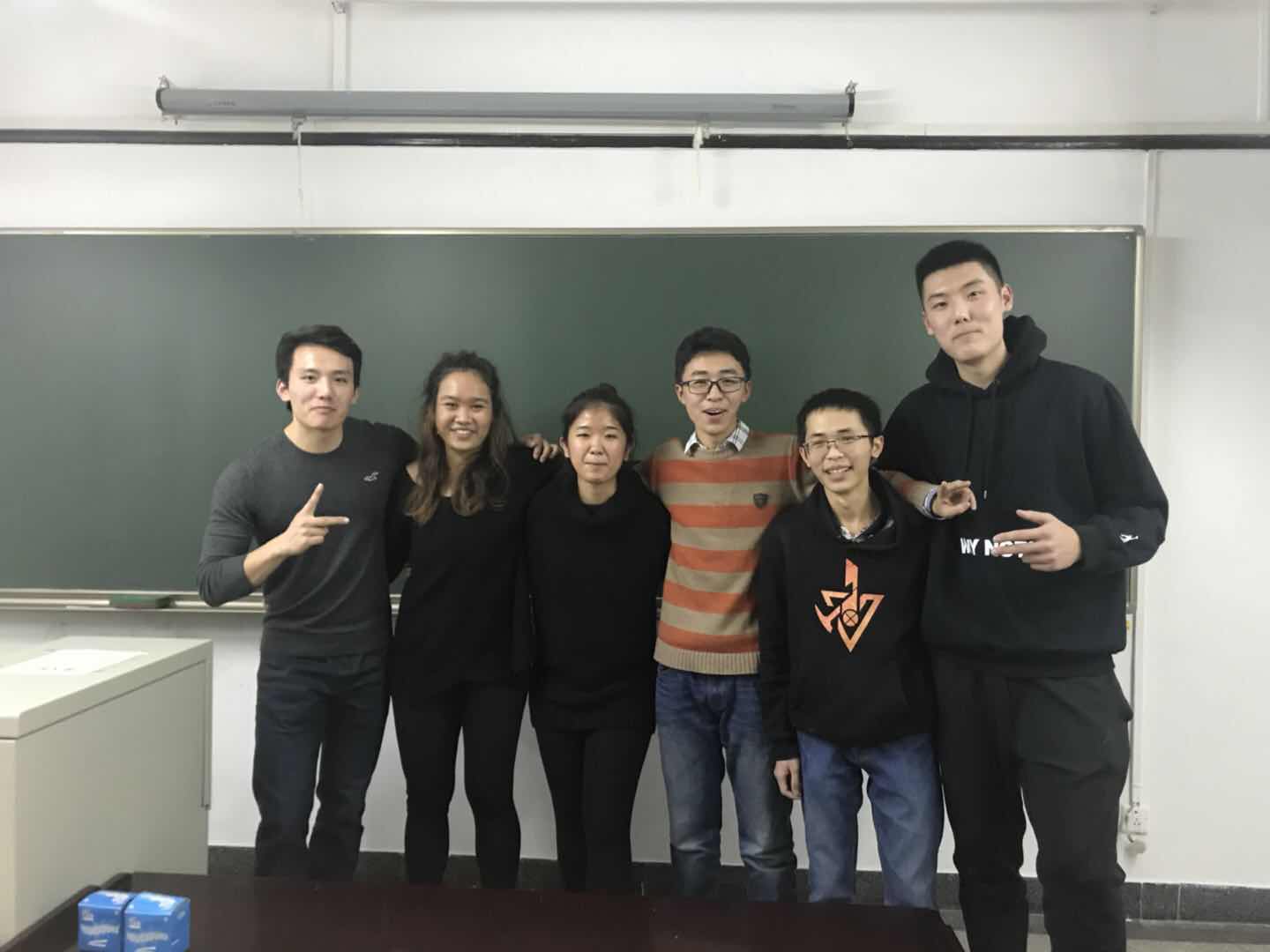 This post will talk about life of NOC interns in Beijing. ?? First up, Joie.

A global metropolis of over 2️2️ Million people, Beijing is one of the contenders for the world’s top tech hub. It is a privilege to be able to experience; to live, breathe (the air’s really not that bad this year, phew) and work here. I must say, the whole experience to me has been and still is as intriguing.

I interned at Xiaomi’s Global Marketing Department, in the Mi Community team. Xiaomi is a china electronics and software company which was founded 8️ years ago. As a Community Manager, we ensure that there is a constant stream of content as well as facilitate the interaction between Xiaomi fans  We also partake in the planning of launches and initiate online and offline events.

Together with my batch mates, we are at Tsinghua University and taking Entrepreneurship Courses. We also have another batch of 6️-months students who arrived in Beijing and will be studying in Peking University once the semester starts.

My expectations of China was yadiyadiyadah (pretty much had the same expectations as everybody else so i’ll save y’all those repetitive statements.

5️ months in, I can now impart all my knowledge of this beautiful City (these are from my perspective and from my experience here, i can’t say the same for everybody) and the many others in China. ALSO some tricks to surviving here!

THE SPIT. Walking around Beijing is like a game. One moment you’re walking normally and suddenly you find yourself playing tic-tac-toe. Remember to watch where you are walking if you don’t want to end up stepping on warm bubbled spit. How does the chinese spit anywhere so casually i can’t even comprehend!!!!

THE PORTABLE. You absolutely cannot live without your phones here; (ok you technically can) but it will be so so so inconvenient. So charge your portable and bring it out because you’ll need it! Also, you don’t need to bring your wallets out because (cabbing, buying food, maps) everything you need is IN.YOUR.PHONES!

THE ROADS. When i went for my driver’s test in SG, i learnt the term “right of way”. But i came to beijing to only realise, that there is no right of way for pedestrians. So when crossing roads in China, everybody will “follow the crowd”. Also, horning‼️ is not offensive but serves as a “careful, i am next to you” to pedestrians and other cars. So don’t get offended if they horn but just know that there is a car/electric bike behind you. (And of course this may only be true to certain cities because when i was at Hangzhou, the drivers were law-abiding)

THE SCREENINGS. You will be screened at every train station in Beijing. Sometimes if they detect a certain amount of liquid in your bag, they might request that you pass your bottle to them so that they can check it or sometimes, if its drinkable, make you drink it. Don’t freak out, its just a safety regulation at stations!

THE “IF YOU’RE STAYING HERE”. Make sure to register your stay in Beijing. Or if you’re here on holiday, avoid having to go to the police station because if they find out you are not registered during your stay here, things might get slightly complicated (i mean for us they took our passports, kept them, made us go back to the station in the evening to record our details and a urine test, also maybe if you look less suspicious you won’t get the urine test but i guess my housemates looked like drug dealers so we had to do the test.)

THE ENGLISH. Such a formidable tool. You use it to get rid of touters, get discounts as well as free club entries!

As a Singaporean in China, these are the few questions that I’ve been asked️:

Jokes aside, the typical hooligan-like Chinese people that you meet in Singapore or the ones you see on the net are nothing like the tourists I interact with here. Beijingers, warm-hearted and welcoming. It’s so beautiful .

If you’re really scared of the cold, don’t go during autumn/winter. ️Almost cried myself to sleep because we slept in unheated yurts and if you don’t move, you’ll cramp; if you move, you’ll feel the cold part of the bed. We were torn between the two. (what a dilemma, i know.) But still, inner mongolia was a beautiful place to ride on camels, horses and the most picturesque to see sunrise/sunset.

Tianjin is a great city for a short getaway. They have many traditional hutongs⛩ (thats the closest emoji i can get that looks like a hutong) that are so fun to visit. On the opposite side of the River where the hutongs are situated, lies European-looking buildings which may pass off as a European Town for 3 minutes (until you see lamp kebabs and baos being sold in stalls).

We took the effort to head down to the Alibaba headquarters and made sure we had a photo with the Alibaba sign to prove that we were there. After all, how can you come to Hangzhou, not visit Jack Ma’s territory, and say you’ve actually been to Hangzhou.

Took the cable car up and down and spent half a day at the top of the Yellow Mountain (黄山)⛰. And my friends would probably say “how can you go to 黄山 without hiking up and down”? Well, it was 0 degrees and we can’t breathe and we are weak. So, cable car it was. Plus, i feel the need to mention that there was a queue coming down the mountain (queued for an hour to come down), which was utterly ridiculous to us because honestly which mountain on earth is crowded at the top!??! China.  Go figures.

Spent my New Year’s Eve along the streets of Hangzhou. Funny story: We saw a humongous crowd forming in front of a shopping mall and being the typical Asians that we are, stayed till 12 midnight in hope to see some fireworks emerging from behind the mall or some lights blasting from the screens: 2️0️1️8️!

And within Beijing, there are heaps and heaps of places of interests which will take me really long to list. But we’ve explored palaces, museums, ski resorts, theme parks, mountains, temples and still are exploring.

I have met the most incredible people in Beijing and and have learnt bountiful. It has been 144 days here and not a day goes by that I regret choosing Beijing as a location to embark on for the NOC Programme.

Our next guest on NOC Beijing is Joseph! I made a short video (https://drive.google.com/open?id=1WhV-7bf0HE9flx_Fu-wGiZ54Qdo1ckS7) about the streets of Beijing which I would describe as a controlled chaos. I intered at Jide Tech which provides android based solutions for devices such as phones, tablets and even computers. China has been really amazing with generally friendly people and being way ahead in the tech scene. Anything you might have thought about doing, the Chinese might already have 2-3 startups working on it. So they are definitely not backwards like the movies we see on tv using kungfu against westerners with guns.

I am back at it again with another video showing you the things I have been doing when I am not at work, not rushing to finish projects or hiding under my blankets from the cold. (https://drive.google.com/open?id=1WsuOtCsOkdFzIlbUu-yuT6-DTxKgLz2H)

Beijing is such as huge city with so many hills to hike in the vicinity. Transport here is very efficient with 22 train lines along side an insane bus network. Which makes Singapore’s mere 8 train lines(Incl. LRT). If you are still laughing at China’s technology and the ‘made in China’ phrase, be prepared to be blown away by the amazing pace at which technology is advancing here, they are already way ahead of Singapore and not in the ‘catching up’ phase. My tips and tricks? Brush up your Chinese, keep yourself updated about China, they are already the big thing

Hey there, I’m Siying! I’m a political science major and like my mates Joie and Joseph who were previously featured, I went on the NOCBeijing programme mounted by NUS Enterprise.

I interned as a strategist at Astronaut China, a digital advertising firm that offer our clients the full range of digital services from advertising to consultancy. My day-to-day work involves brand auditing, writing proposal decks, generating data analysis reports as well as presenting my research or ideas to my team or sometimes, clients. Aside from working full-time, I took classes in Tsinghua University on a part-time basis.

Living, working and studying in the Chinese capital has been a humbling experience. Beijing is still very much ‘Chinese’ (unlike international Shanghai) so being here really enables me to really be in touch with what being a Chinese entail. Being in Beijing is very interesting because the city is a perfect embodiment of the amalgamation of the old and the new. You can be walking through a Hutong, imagining how the Chinese of historic times lived their lives in such quaint holdings yet these Hutongs also spells the vibrancy of modernization with their speakeasies and craft beer cellars.

I was initially very sceptical about my being able to adjust to my surroundings as I come from a predominantly English-speaking family and have failed Chinese multiple times throughout high school. But making the choice to come here, at the heart of all things Chinese and cultural, has surely been a fruitful and memorable ride. I get to interact with the Chinese on a daily basis and while I still struggle to express myself coherently in Chinese during presentations, I get to appreciate Chinese humour, eat, drink and be merry the Chinese way – these are the things you won’t get to experience in Singapore unless you come here and experience yourself! Especially Chinese humour, it’s really .

In Beijing, one is never short of entertainment. The food, café and night life scene are lit af. There are also many places within and out of Beijing at the outskirts where you can choose to make day trips to. All you need is 大众点评 and that one app is itself is enough for you to plan out how you would like to spend your time in Beijing!

While I’ve had several good times here, my favourite has got to be cycling on mobikes with my friends or colleagues late-night in search of the eatery or bar that wasn’t within walking distance, against the cold wintry Beijing winds and the humdrum of the traffic (yes I like to romanticize things hahaha).

Words don’t do any justice to what this city has to offer so my best advice would be to come here to experience it for yourself! Beijing is beautiful.