Debunking The Bad Reputation of Naples 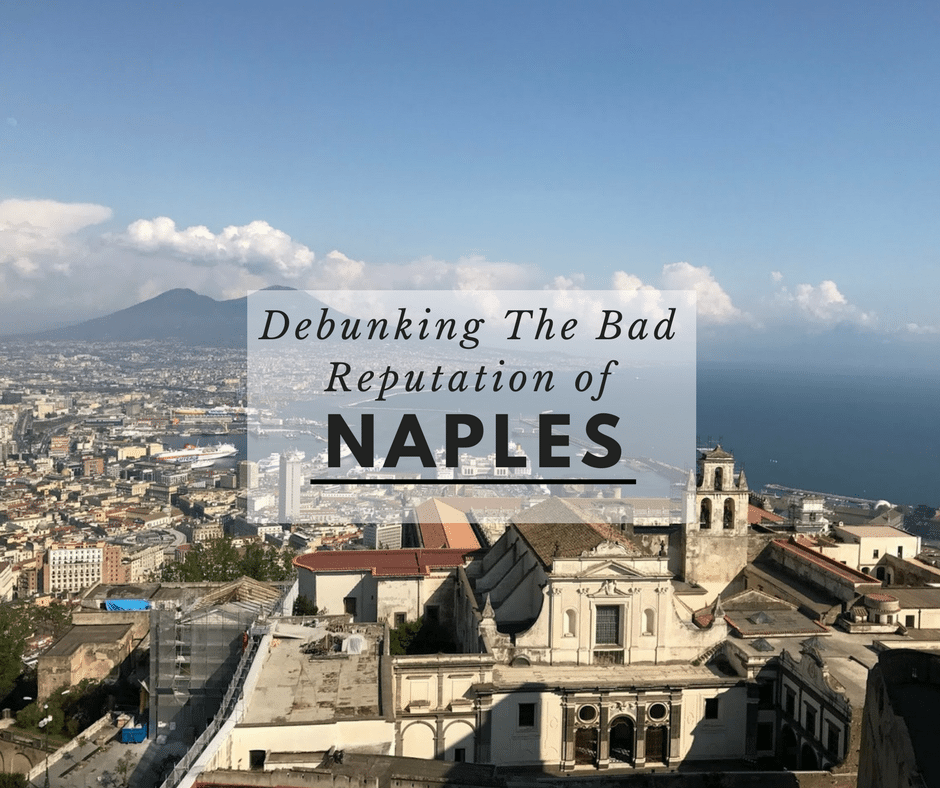 There is a theory, that Naples is one of the deepest, darkest and most dangerous, open secret that Italy possess. With its notorious reputation of “endearing” rubbish, streets of violence and danger due to the local mafia and a genuine hot spot for pickpockets and thefts, it is little wonder that this football crazy city can strike fear into the hearts of locals and tourists; a case in point, myself.

I am usually one to hate writing about things that already exist on the internet but knowing that I came here on a solo venture half-heartedly and still full of fear and doubt after I left my friends for Naples – it goes to show that in fact, the internet isn’t current in stories of how Naples is like, as of 2017. So I’m here, to debunk the theory of Naples’ notoriety and share with you just how much of an enjoyable time I had, in this simply beautiful city. 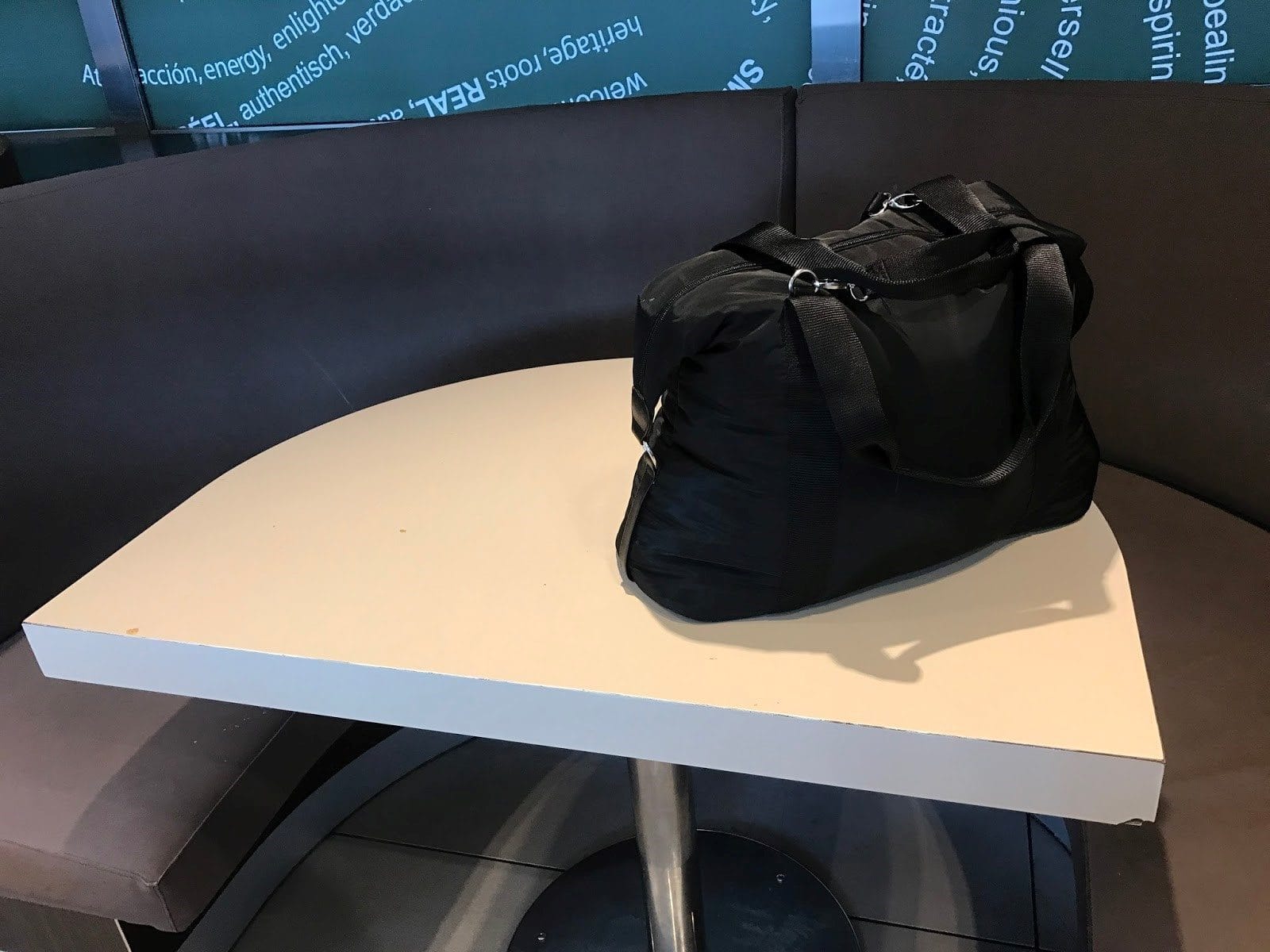 So the reason why I was half-hearted on this solo venture initially was due to 2 main reasons:

1. This would be day 17 of my crazy long trip to 3 different countries, which I would share in my next few posts; and

2. The fear that plagued me due to what I read online about Naples – pickpockets, crime, etc.

I was truly fine with dealing with my travel fatigue because I just had to pace myself well over this 3 weeks of travel. I felt that I managed to do it well apart from when I was in Florence and Rome because there were so many museums, ruins and sights for your eyes to feast on and fatigue was definitely an inevitable outcome.

“But the second reason was something that was truly out of my control.”

The only thing I could do about it, was to make due precautions while I was travelling and not do anything stupid. (Sigh at what happened when I was in Copenhagen and going back to Lund. But leave Naples out of this. That incident had nothing to do with Naples.) 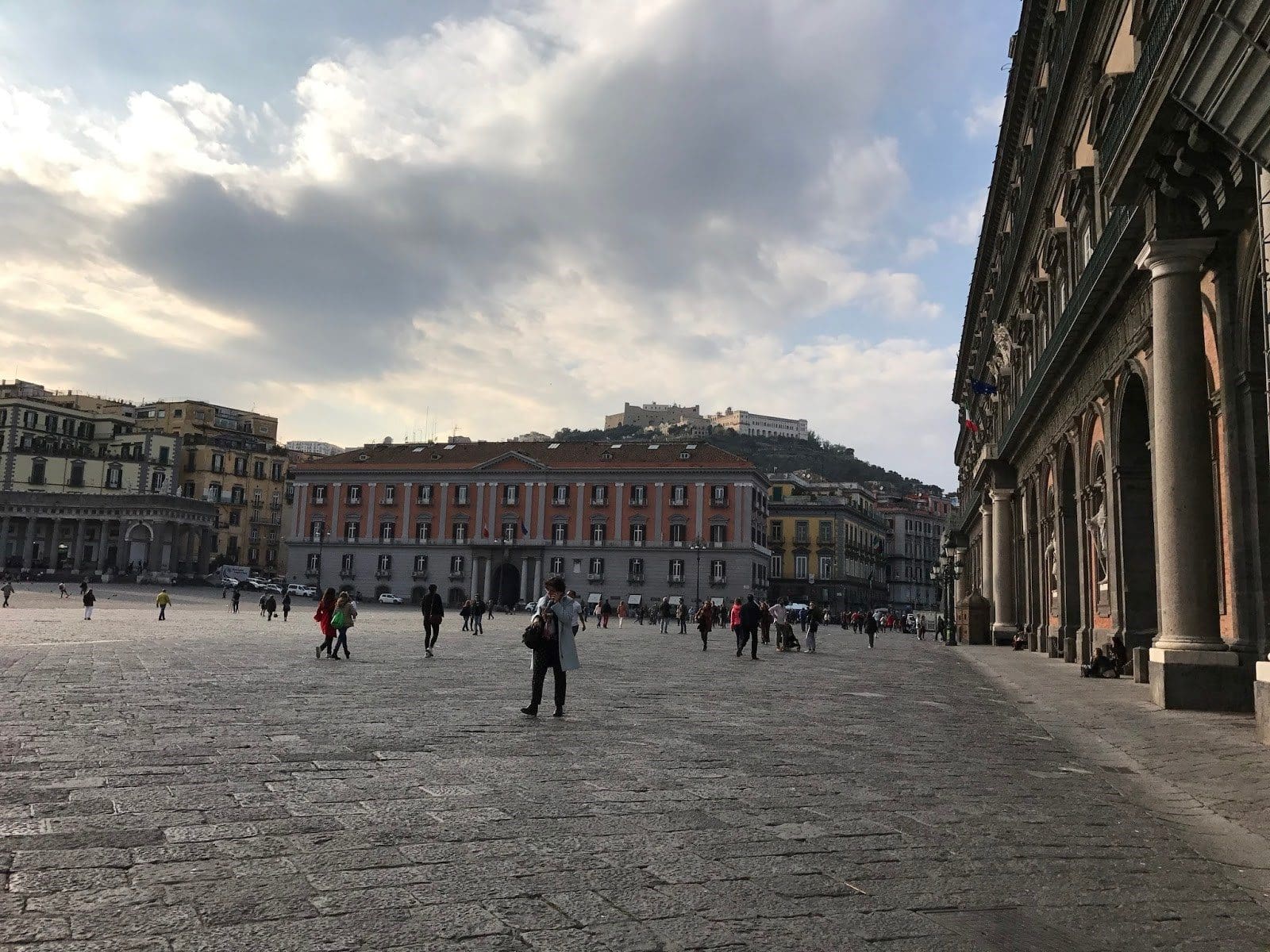 After going through Naples and Capri alone, I knew that I had to do something about it, to give Naples justice and help debunk some of the theories that are rife across the internet. Because simply, Naples had a beauty that was irresistible and I think if you miss out on it, you are probably missing one of the best parts of Italy, even better than mainstream Venice, Florence and even Rome.

Some of these theories still hold true but to a lesser extent. 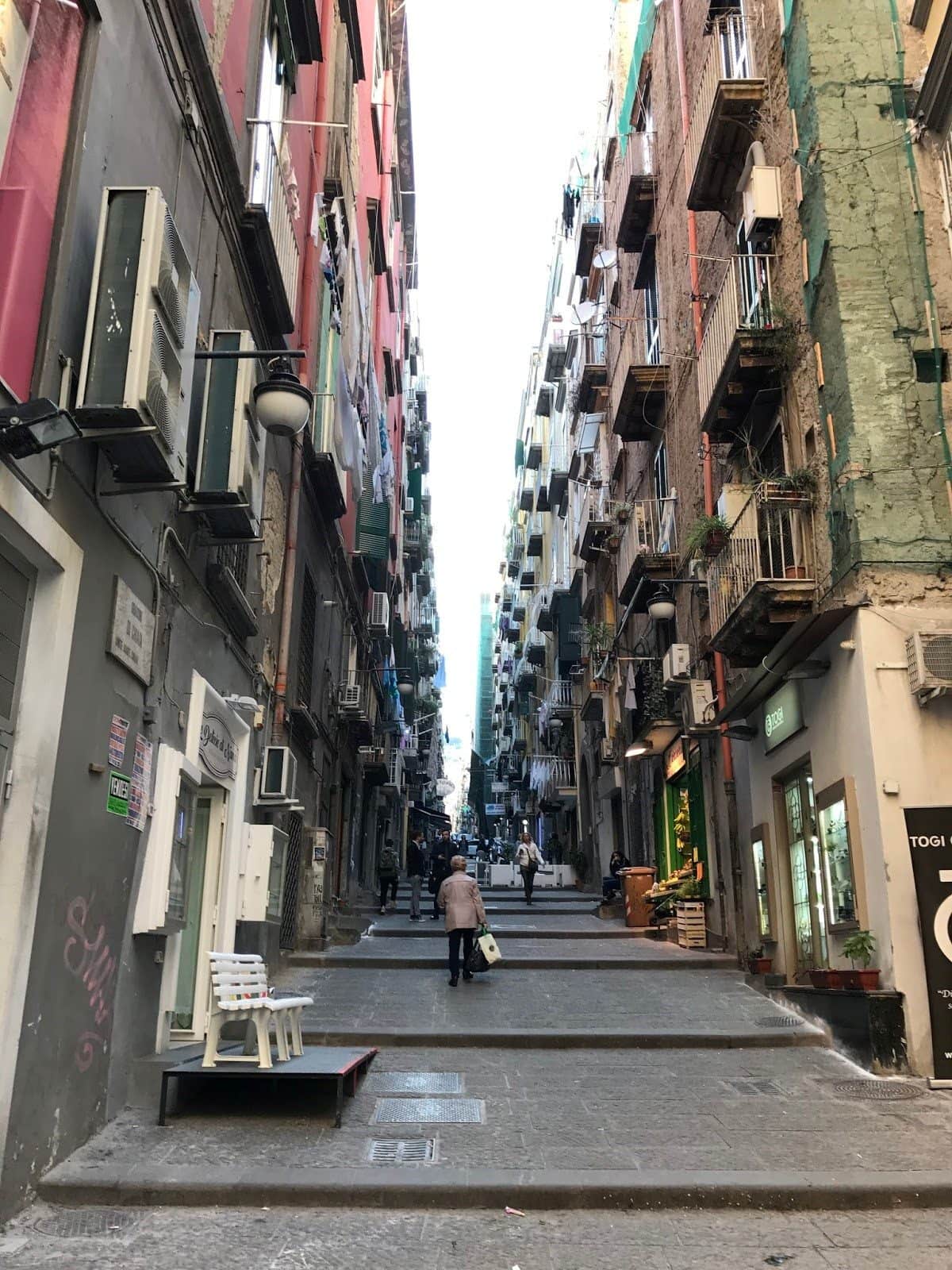 This point is certainly true in most, if not all of the cities in Italy. But when it comes to this, I actually think that Naples is safer as compared to Rome. In Rome, even when I was with my friends, I was approached by people who were aggressive in selling items.

Furthermore, the streets in Rome were almost always packed like sardines which increases the risk of losing your belongings. On the contrary, Naples is less crowded and this is especially true in the shopping streets and stations.(at least in April period as that is the time when I was there) You still have to be wary of pickpockets and thefts but you will feel more secure within Naples because of the lesser crowds.

Well, as for the theft of bags..do always keep a lookout for your big bags and keep it close to you. Most of such thefts happen on long train rides to Naples or between cities because people fall asleep and don’t take precautions keeping their bags close to them. I would always strap a part of the bag to me so if anyone tries to steal, I would feel a tug against my body.

While travelling, I would also always wear a small deuter pouch with my belongings and cover it with my jacket so that it is as good as impossible to pickpocket! An alternative would be to keep some cash under your feet in your shoes(It’s gross I know!) or hidden pouches on your jacket to minimize the chances of losing them lol.

But honestly, Naples is safer than you think just read my next point. Some of the organized crime(Camorra) that take place in Naples don’t really target tourists. As some blogs that I have read mentioned this, I was initially doubtful but ultimately, this seems to be the case! Along the streets of Naples, there was little to no evidence of mafia roaming around targeting tourists.

Just the occasional dubious looking group or individuals along the streets. This is especially so around Napoli Centrale, the main train station in Naples. In fact, when it comes to pickpocket cases, the central station seems more dangerous as compared to the area with attractions a few stops away. So maybe perhaps if you’re looking to come to Naples, you can stay near the attractions, preferably near Spanish Quarters or the ports where you get to go to places like Capri and Sorrento.

The citizens are typically law-abiding as they sell accessories along the streets. Furthermore, there are police on patrol every few streets and occasional ambulances present to ensure the safety within Naples.

“My initial fears were unfounded as Naples is safer than one actually thinks it is.”

Another theory I read online was how Naples is dirty and full of trash. Well, maybe that was a few years ago but the streets seem clean to me! Litter is still present on some streets but it isn’t as horrifying as what some blogs claim to be! Naples is not trashy! It has really amazing sights and a decently clean environment!

Perhaps some of these aspects were written many years ago but Naples has certainly reinvented itself! The 2017 version of Naples is modernized and ready to welcome tourists like me with open arms!

So After debunking the theories, it’s time for me to share my personal experience! 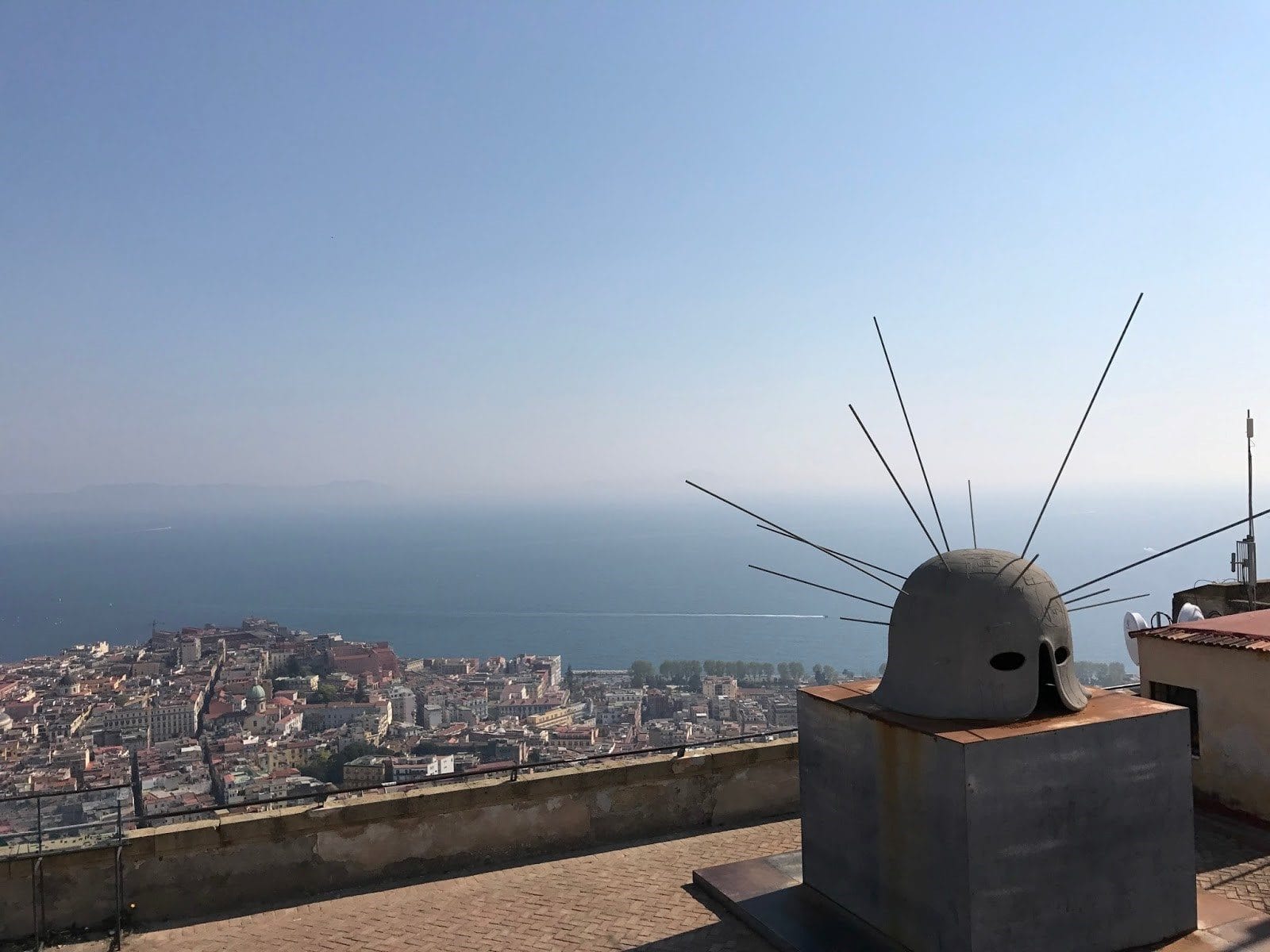 After I left my friends who went back to Sweden from Rome, i felt weird to be travelling alone again. After all, the previous time I was in such shoes was a month ago in Paris, and it wasn’t exactly the safest of places cue Kim Kardashian and how one Chinese was shot irrationally recently.

It doesn’t help the queasy feeling within as Naples has a bad reputation. In fact, it is rated one of the most dangerous cities in the World – definitely not a statistic to make anyone feel comfortable. There was however, a certain addictive thrill to this venture. A feeling that cannot really be summed up in words. This emotion, along with what I experienced, shaped this memorable venture.

The airbnb that I had was great and spacious but my walk there felt weird as I was afraid of my things getting stolen or getting mugged, etc. there were a few dubious individuals when I first arrived I don’t know why but none of them were aggressive in approaching you. Just shun those areas where those people are loitering if you see them and if you are planning to walk around Centrale! It is apparently a hot spot for pickpocketing to occur in Naples. 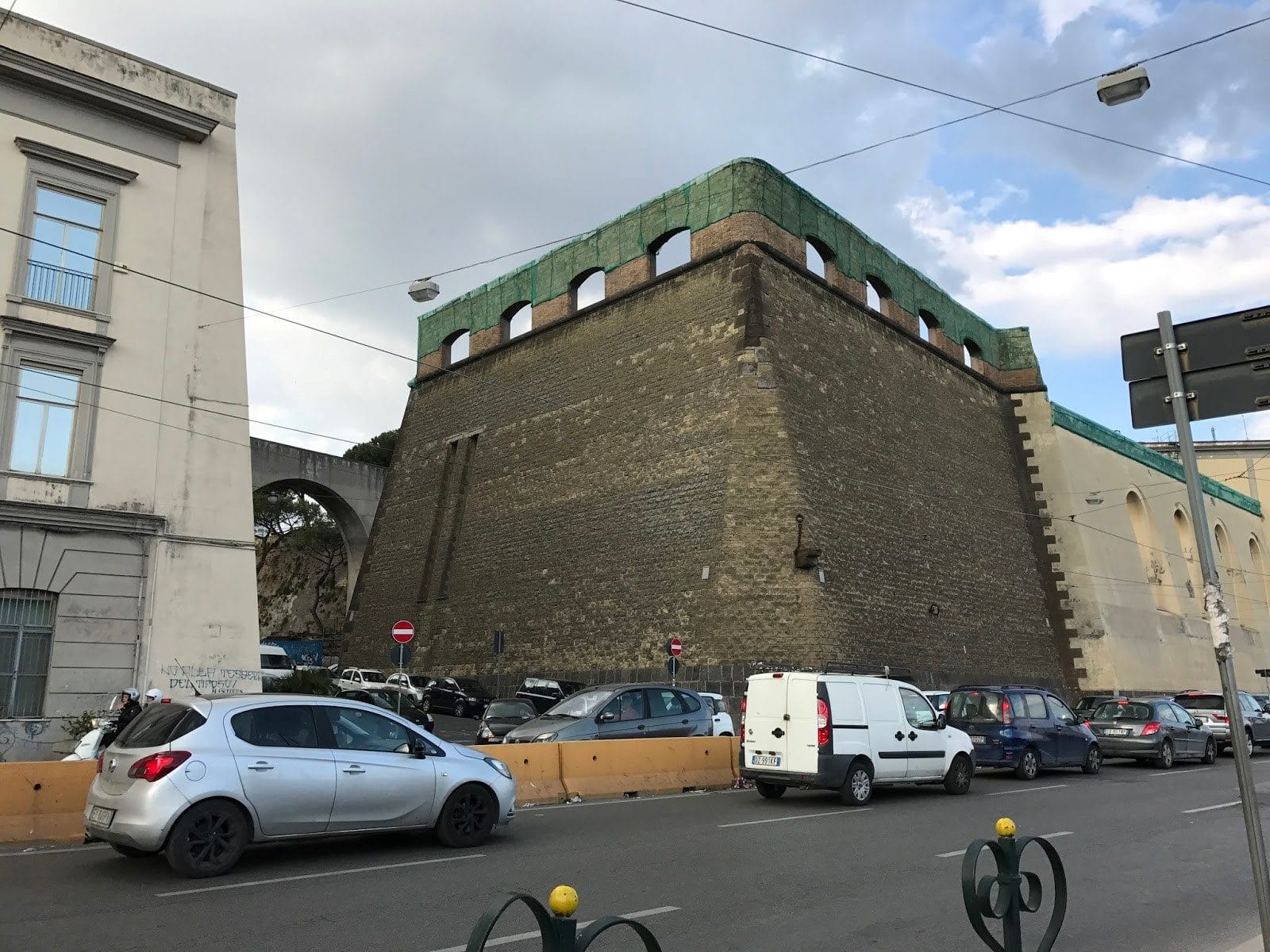 Another thing of note was how the roads always seem to be packed with transport and jams but the subway is another story altogether. The subways are not as packed and the first surprise that I experienced from Naples, was how modernized and state of the art the stations were! More beautiful than Rome and dare I say, even some stations in Singapore! After a few hours in Naples, I have slowly grown accustomed to how it’s like here and travelling solo in Naples has gradually turned into a comfort zone. 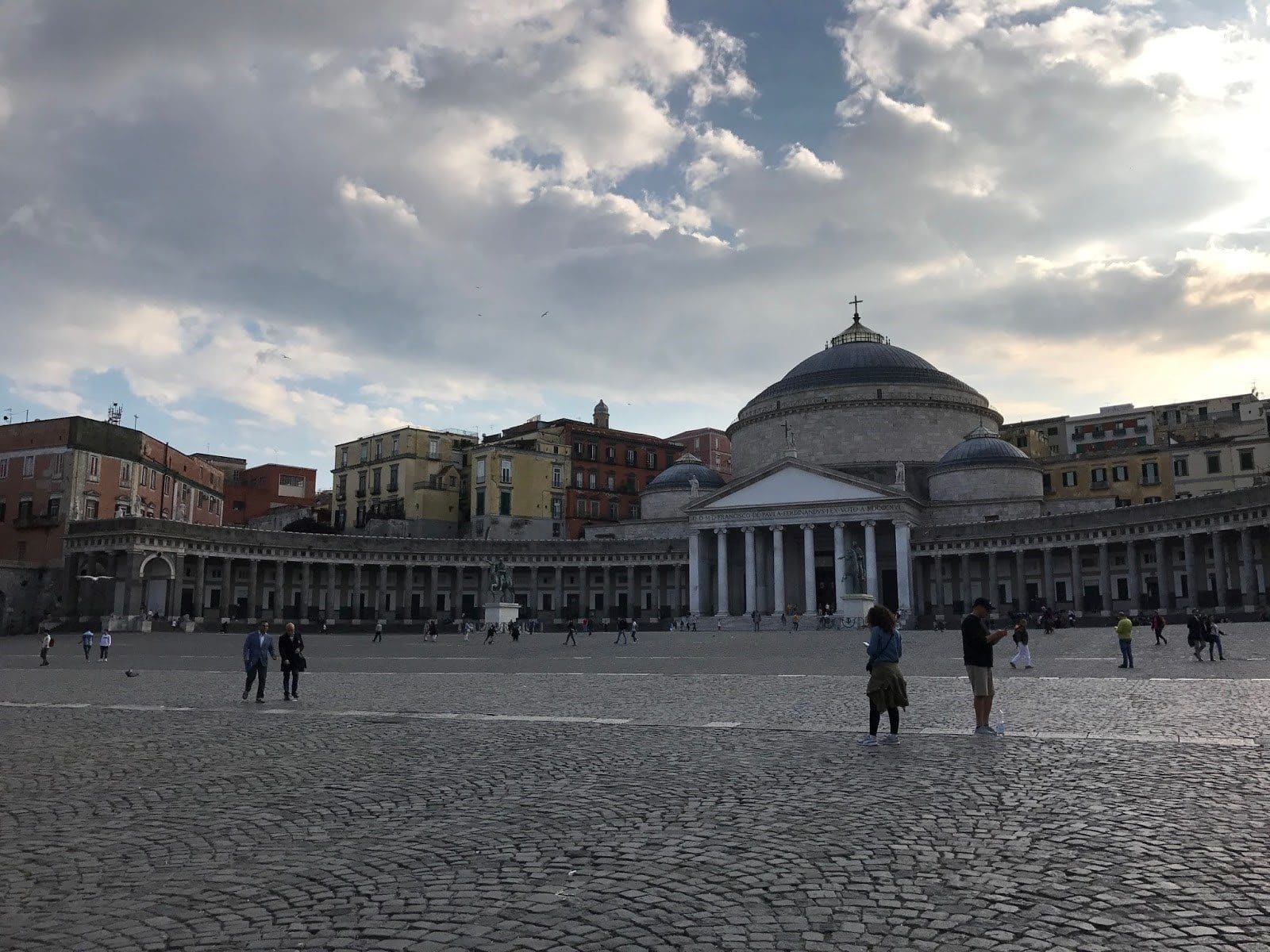 The main touristy areas like the piazza del plebiscito grew on me as I really loved not just the lesser crowds but also how beautiful the attractions were. I skipped the museums and Pompeii because I didn’t have time, only a short 3D2N here and by then, I was already so fatigued from museums and buildings I just wanted some nature and surprises. I’m glad to have got them both over the course of the 3 days. The first thing that truly caught my attention in Naples was the unesco site of castel sant Michel, which had a breathtaking view of Naples and the Mediterranean Sea and costs only 5 euros, less than most boring museums I have been too. 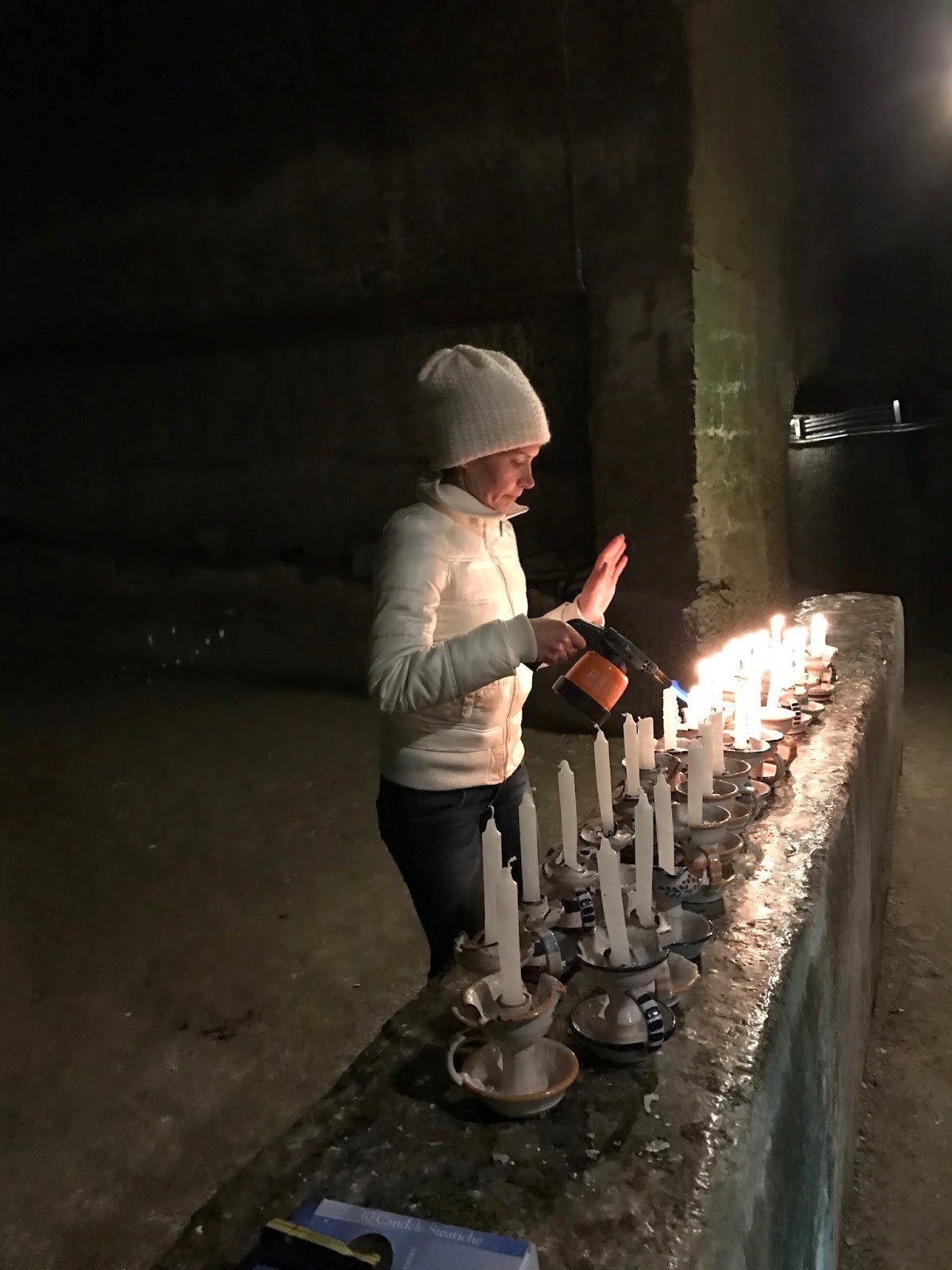 The next thing that really caught my attention at the expense of my previously planned skype session with Xuannie and Levis(I’m so sorry friends!) was the underground tour that I had at Sotterranea! I don’t want to spoil you but it is worth the 10 euros to explore it! It is full of surprises and I’m just going to share a few photos. 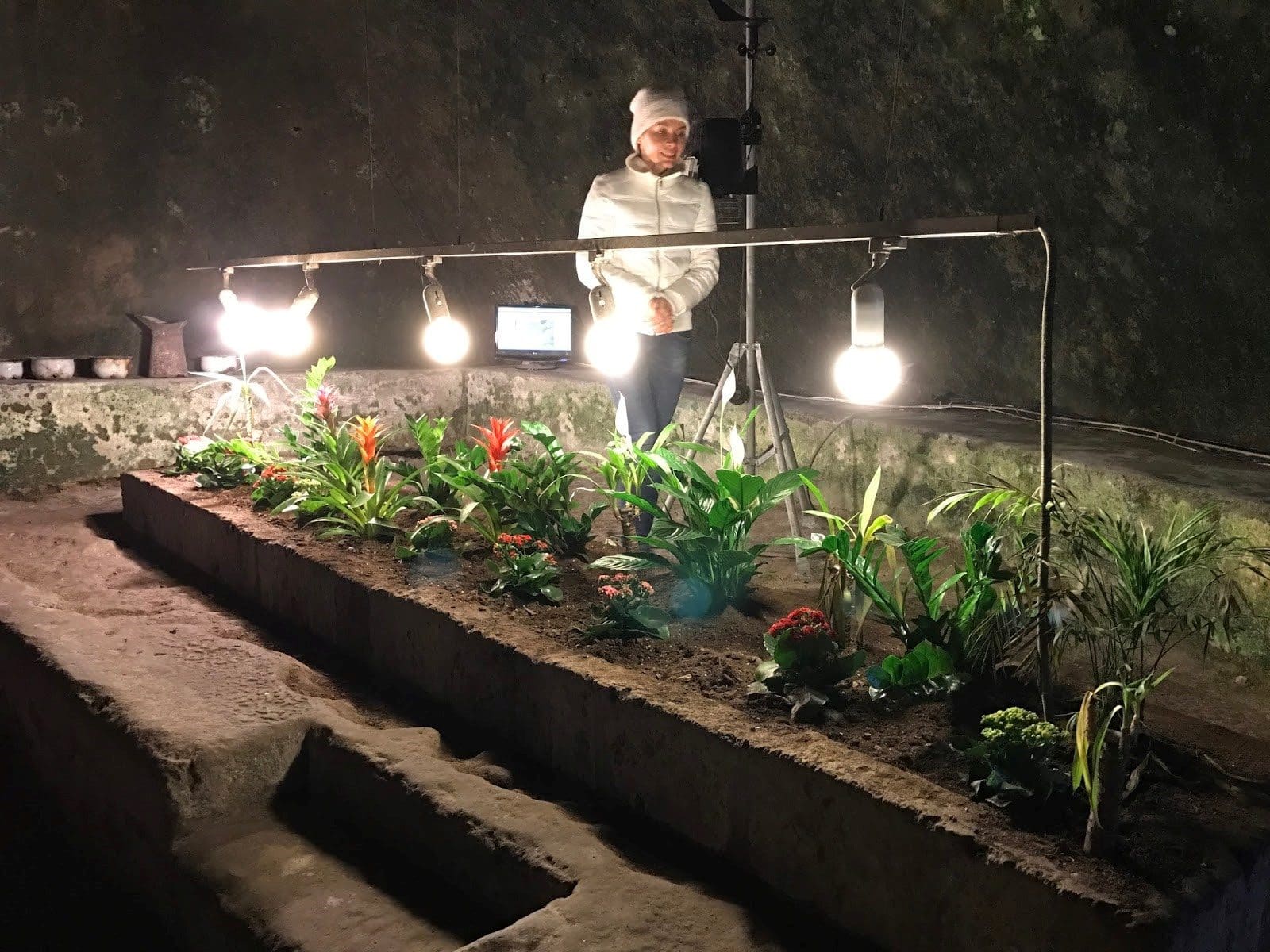 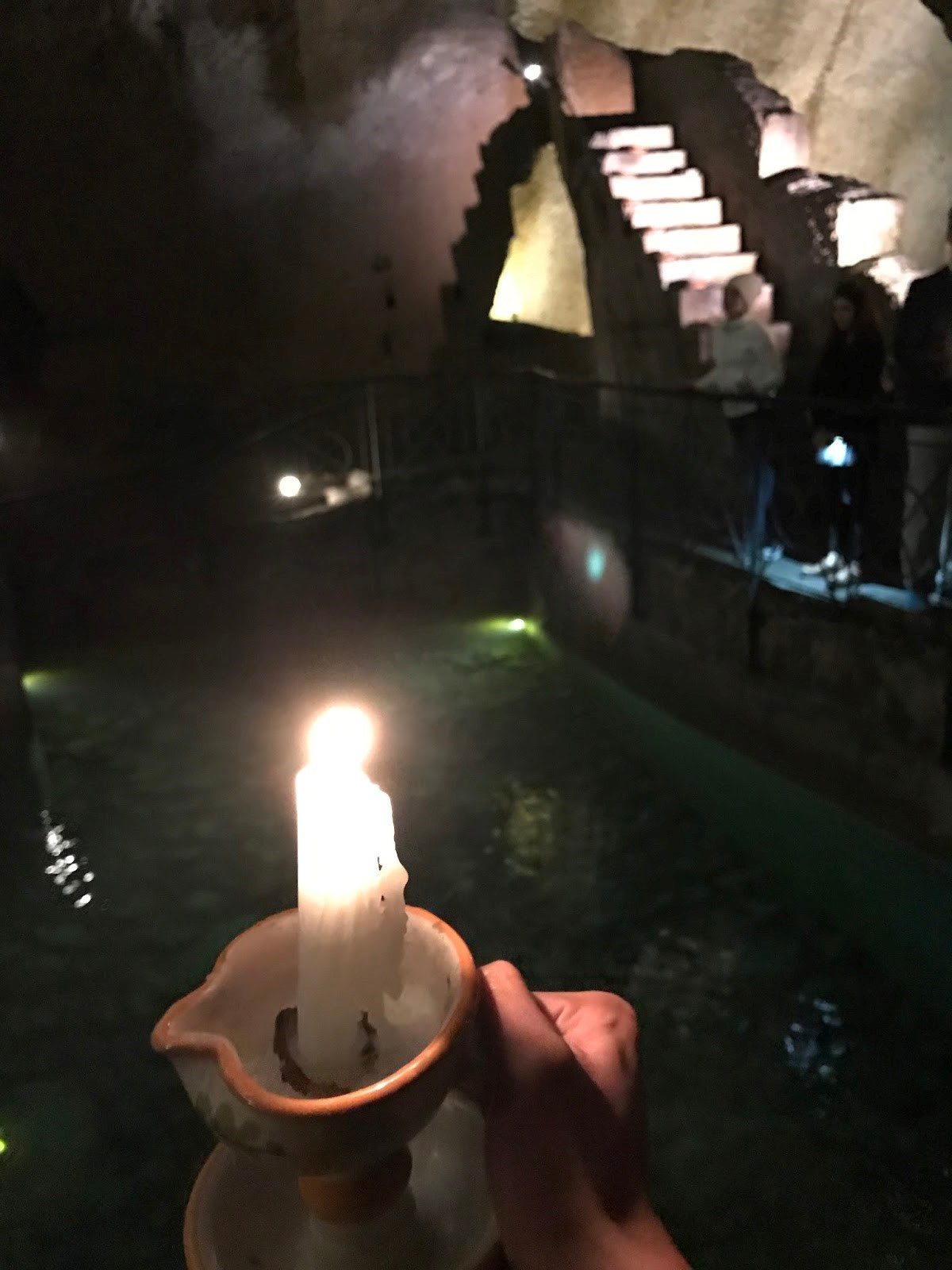 Apart from the attractions that I have mentioned, the most significant thing about Naples was how it seemed to have transformed. I mean if online sources many years ago show how insanely unsafe this place was, what I experienced truly goes to show how much effort the locals and the government have truly put in to develop and make this area what it currently is today. The beautiful sights and surprising experience are just the tip of the iceberg. 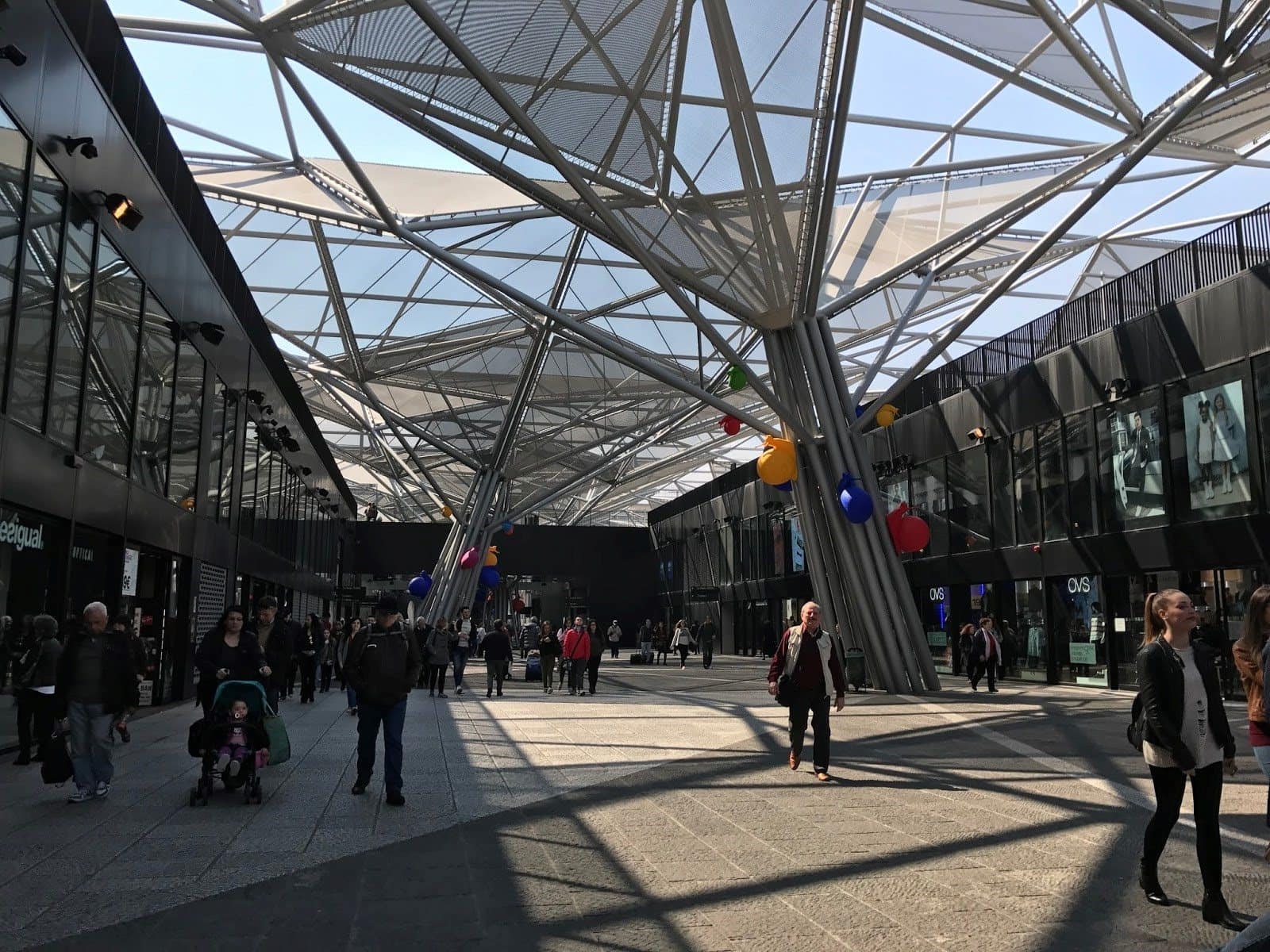 What made Naples grow on me and take a piece of me away was how the city seemed to have matured contrasting with previous reports I read online. You would develop random theories in your head on how all these happened over the last few years but one thing is for sure – such a journey must not have been easy for the locals and I’m glad to witness this current reincarnation of Napoli. All these emotions while feeling the thrill of solo travelling in what is supposedly one of the most dangerous cities in the World made this experience all the more memorable. 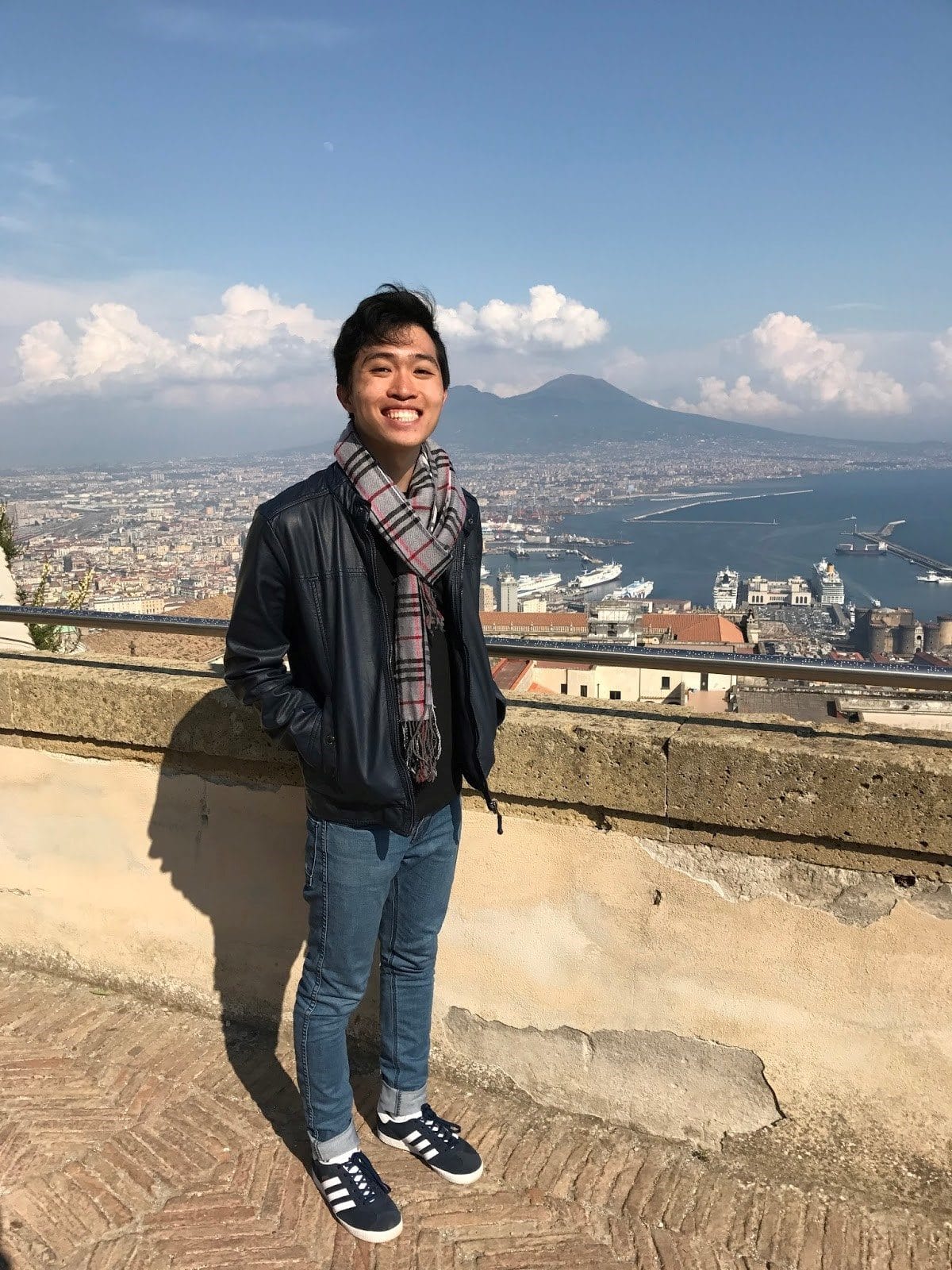 Naples certainly deserves more credit for its reconstruction and reinvention. It’s stinking reputation that the internet seems to have cast upon it would slowly but surely go if the city continues to build on what it has already shaped as its foundations. Like many of us, this raw diamond can become a true gem in this World.

I’ll leave my solo Capri experience for another day but for now..

I’m signing off and stay tuned to more adventures!