Disney Cultural Exchange Program 2018: Everything You Need To Know 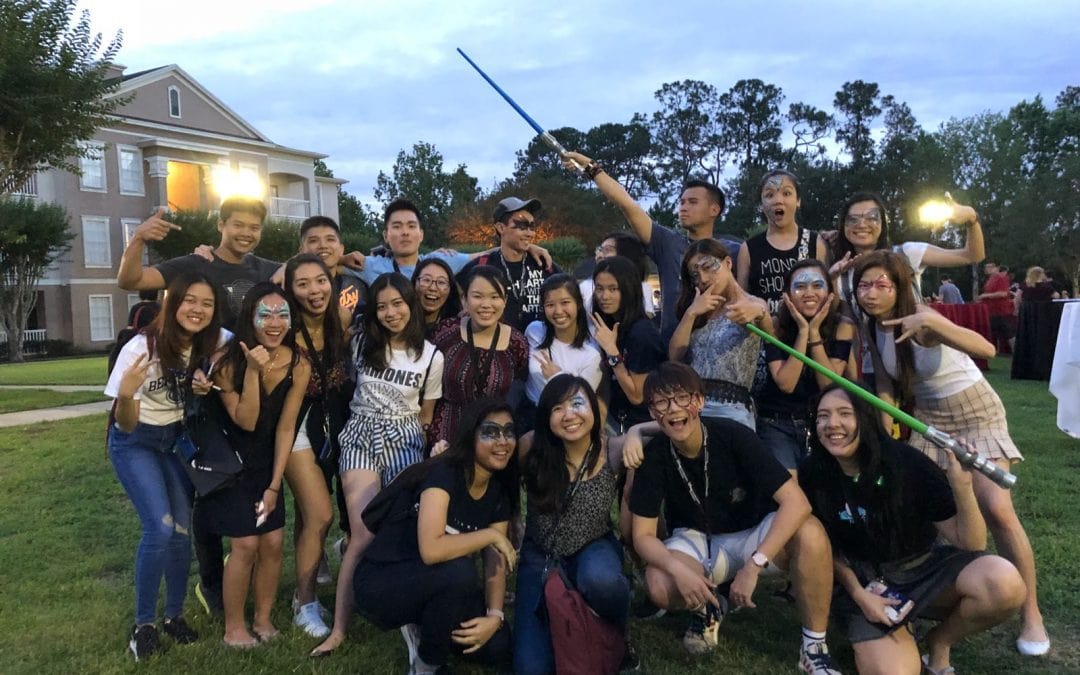 I love Disney. I grew up watching princess movies and singing songs about true love. So when the Disney Cultural Exchange Program 2018 called for applicants, I jumped at the opportunity without missing a beat. In this article, I’m going to be sharing my experience as a Merchandise Cast Member at Disney, and how this program became my own Happily Ever After.

How I applied for the program

The NUS Centre For Future-Ready Graduates sent out an e-newsletter announcing that the Disney CEP 2018 was open for application. It was an inconspicuous little alert, hidden amongst other internship opportunities. But lucky for me, I had a friend who went on the program a year before, so I knew straight away that it was THE Disney internship. I applied via TalentConnect and was shortlisted for an interview.

The first interview was conducted by the people at CFG. They asked the general interview questions (why do you want an internship at Disney etc.) as well as some rather interesting ones (if you were a Disney character, what would you be?). They also asked us what role we wanted to perform at Disney. I told them I wanted to be a Character Attendant because I loved the characters and wanted to be as close to them as possible. I did not get this role in the end, but more on that later.

5 days later I got an email from WDW Recruiting itself, saying I had been chosen to move forward to the final interview! I was ecstatic. I had also heard from my friend that this second interview was simply a chance for the people at Disney to get to know us, and that almost everyone, if not everyone, who made it through to the second interview was guaranteed a position in Disney.

True enough, the second interview was much more casual than the first. The recruiter asked us why we wanted to work at Disney, and got us to rank our job preferences. I ranked Character Attendant, Merchandise and F&B as my top choices. And that was it. And so began the wait to know whether I had been accepted into the program.

A suspenseful month passed, and on October 11, 2017, I GOT THE ACCEPTANCE LETTER FROM DISNEY!!!!! I was so happy I wanted to cry. I was offered the position of Merchandise Hostess, and although it wasn’t my initial choice of Character Attendant, I didn’t mind much. Working at Disney was the draw, it didn’t really matter that what role I got.

7 months later I finally stepped foot onto US soil. The program officially began on 21 May, 2018, and the first week passed by in a blur. I met my housemates, underwent training, and began work at my location: Park Arrivals. I’ll go through each of them in a bit more detail. 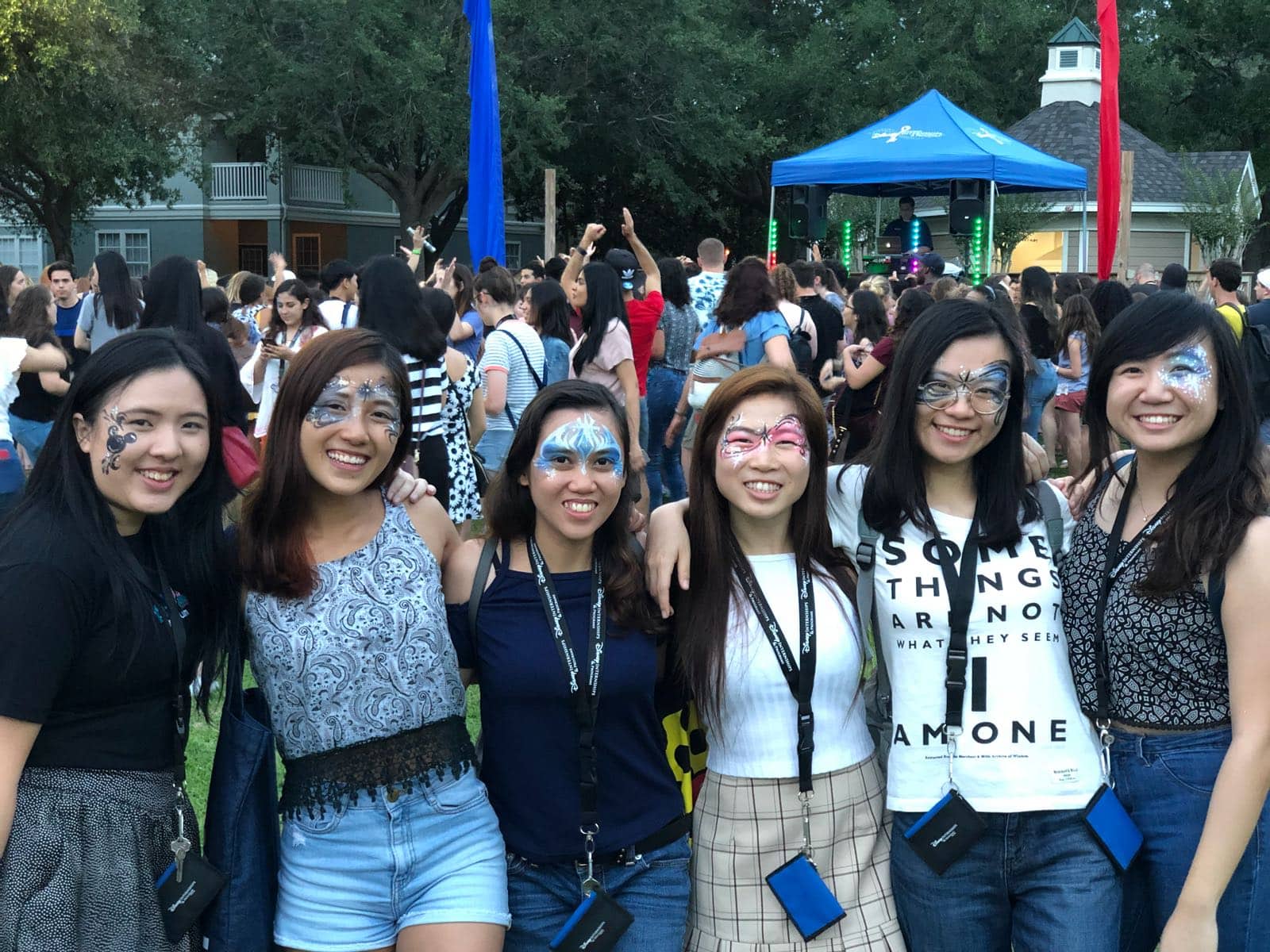 Disney provides accommodation for all their interns. You get to choose between four housing complexes, each offering houses ranging from 2-person apartments to 8-person apartments. I chose to stay in a 6-person apartment at Vista Way with some of my fellow Singaporean friends. You can also choose to stay with total strangers if you’re up for that!

I chose Vista Way because it was the most convenient of the housing complexes in terms of transportation. The main bus terminal is located in Vista Way, and that means we had access to all the buses available. Vista Way also offered the lowest rent. The downside of this is that the apartments tend to be a little older and more run-down than the other, newer complexes. That being said, I didn’t find many problems with my apartment apart from the occasional hiccups. You can find many blogs comparing the pros and cons of the 4 housing complexes online. Make sure you research thoroughly before you decide on a complex! 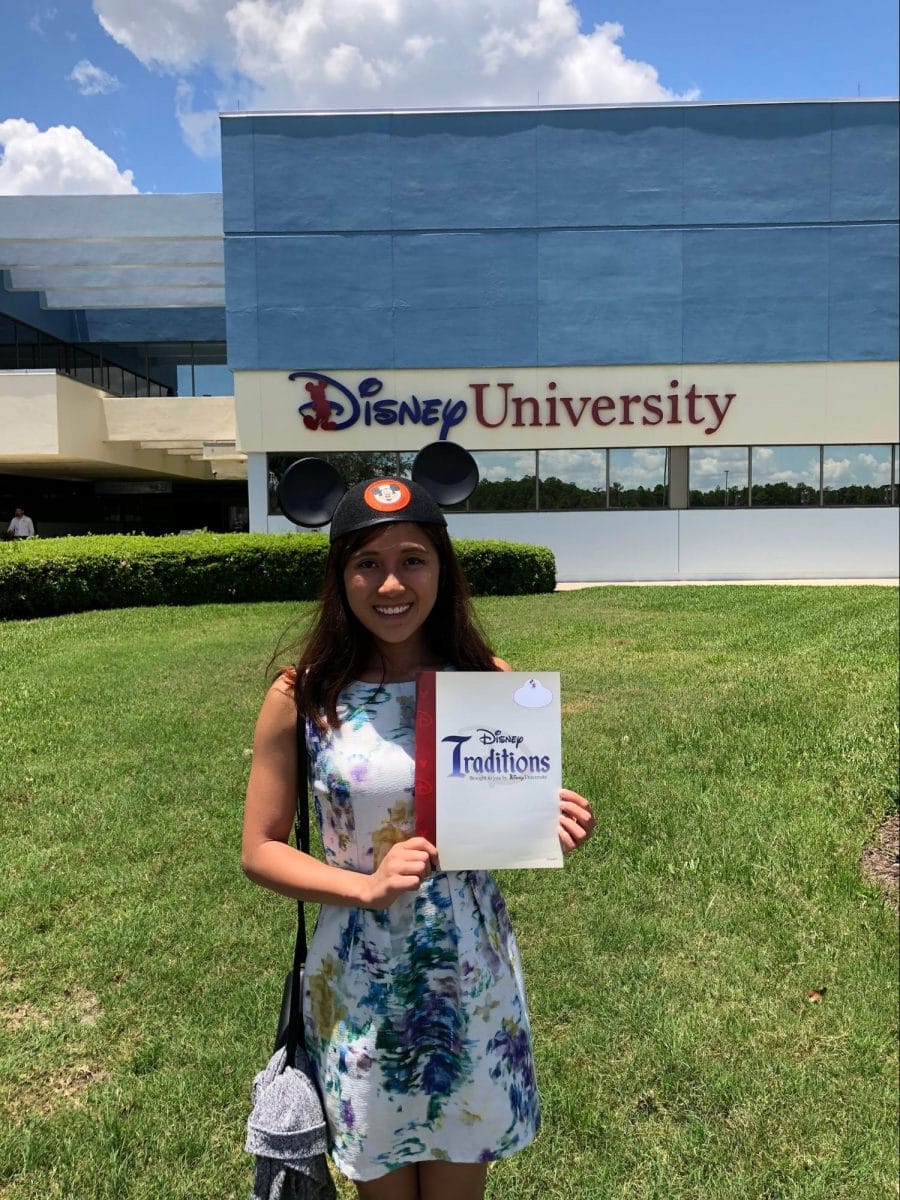 Disney is known for its high standards of service. To ensure every Cast Member is properly equipped with the proper skills, Disney puts them through training. Training was done in 3 parts: Traditions, Merchandise and Deployment. Traditions walked us through the general overview of being a Disney Cast Member, Merchandise training taught us how to handle payments and transactions, and finally, we were deployed to our location to shadow-learn the operations. 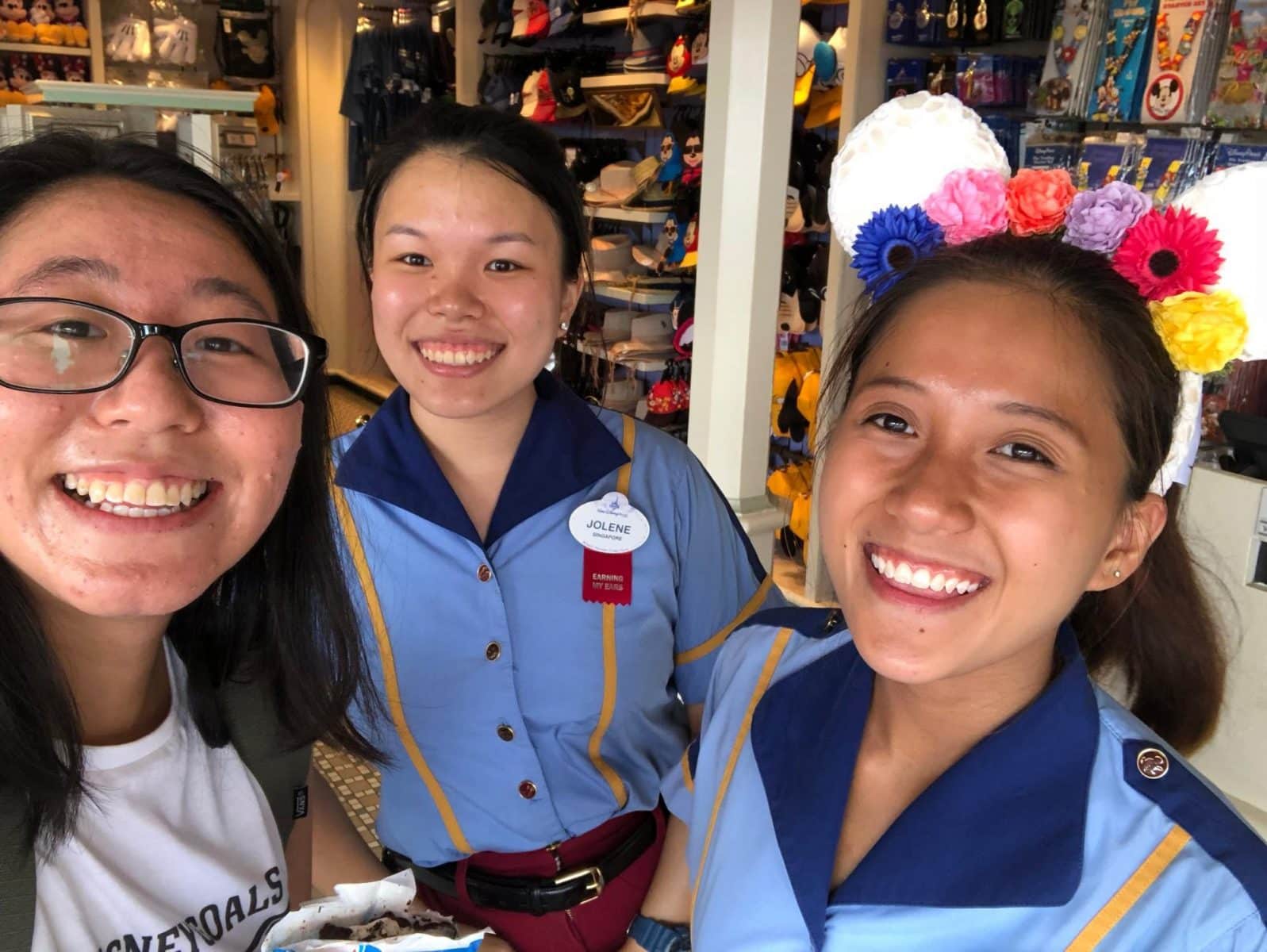 I was assigned to Park Arrivals Merchandise. At Park Arrivals, we took care of 2 shops and oversaw the rental of Strollers and Wheelchairs. I was a little confused at first because stroller/wheelchair rental wasn’t what I had imagined Merchandise to be, but I guess the strollers and wheelchairs are a kind of merchandise? Haha.

We were allocated a minimum of 30 hours a week according to our visa requirements. I got an average of 36h each week, which was rather manageable. On busy weeks we were scheduled 6 days a week, when manpower was more abundant we were scheduled 5 days. Interns are usually scheduled to work in the evenings because the full-timers like to take the day-time shifts. I was fine with this since I’m more of a night owl anyway. I can’t wake up early to save my life. 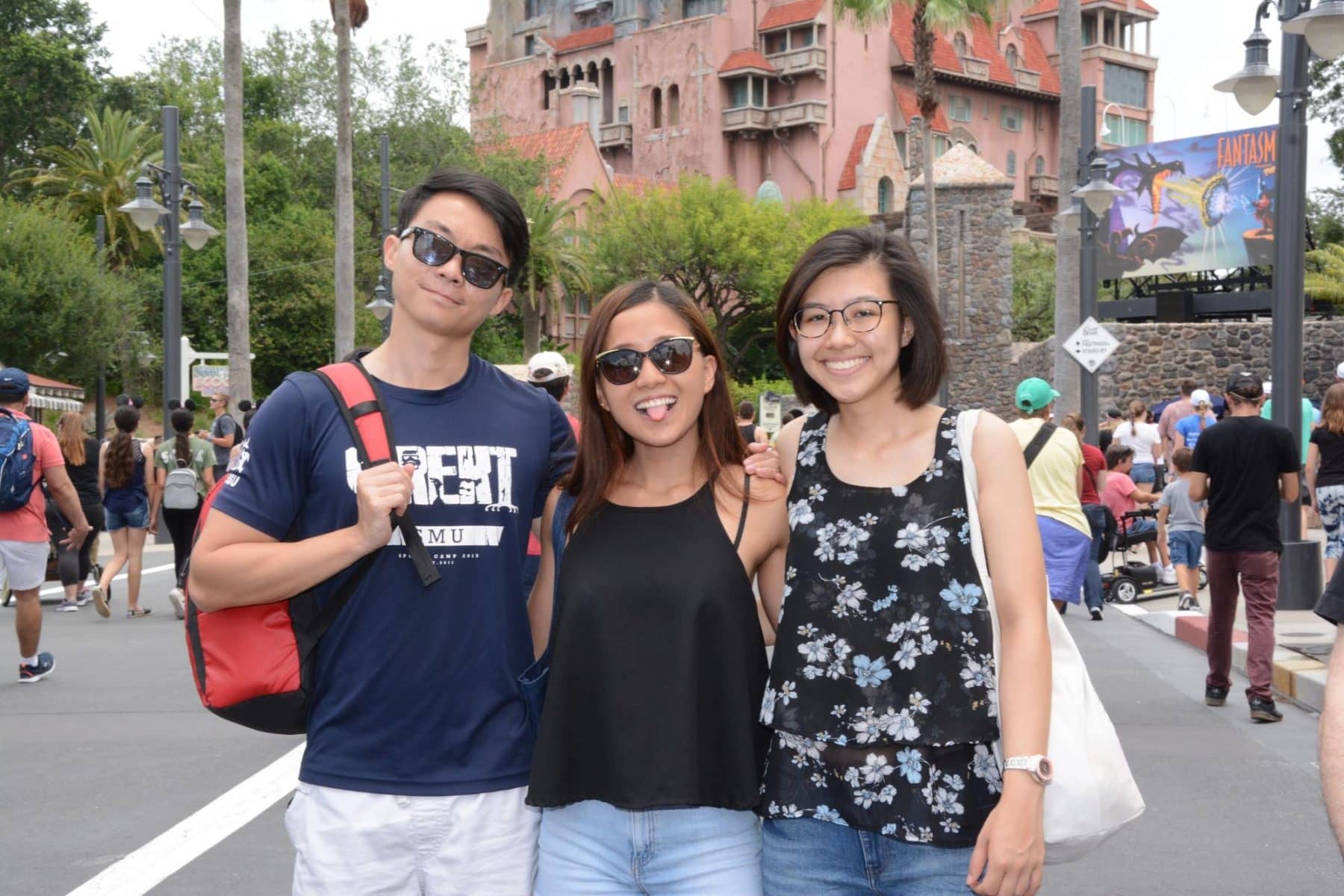 And of course we all know the real reason why any of us would choose to do an internship at Disney: FREE PARK ENTRY. A single park ticket costs upwards of $100 USD, which is just outrageously expensive. On top of that, the park is huge, so there’s just no way you could complete everything in a day. This is why people spend weeks at Disney, so they can experience all that Disney has to offer. I saw all of the calvacades at Disney’s Hollywood Studios. They just have to pay through their nose to do so. 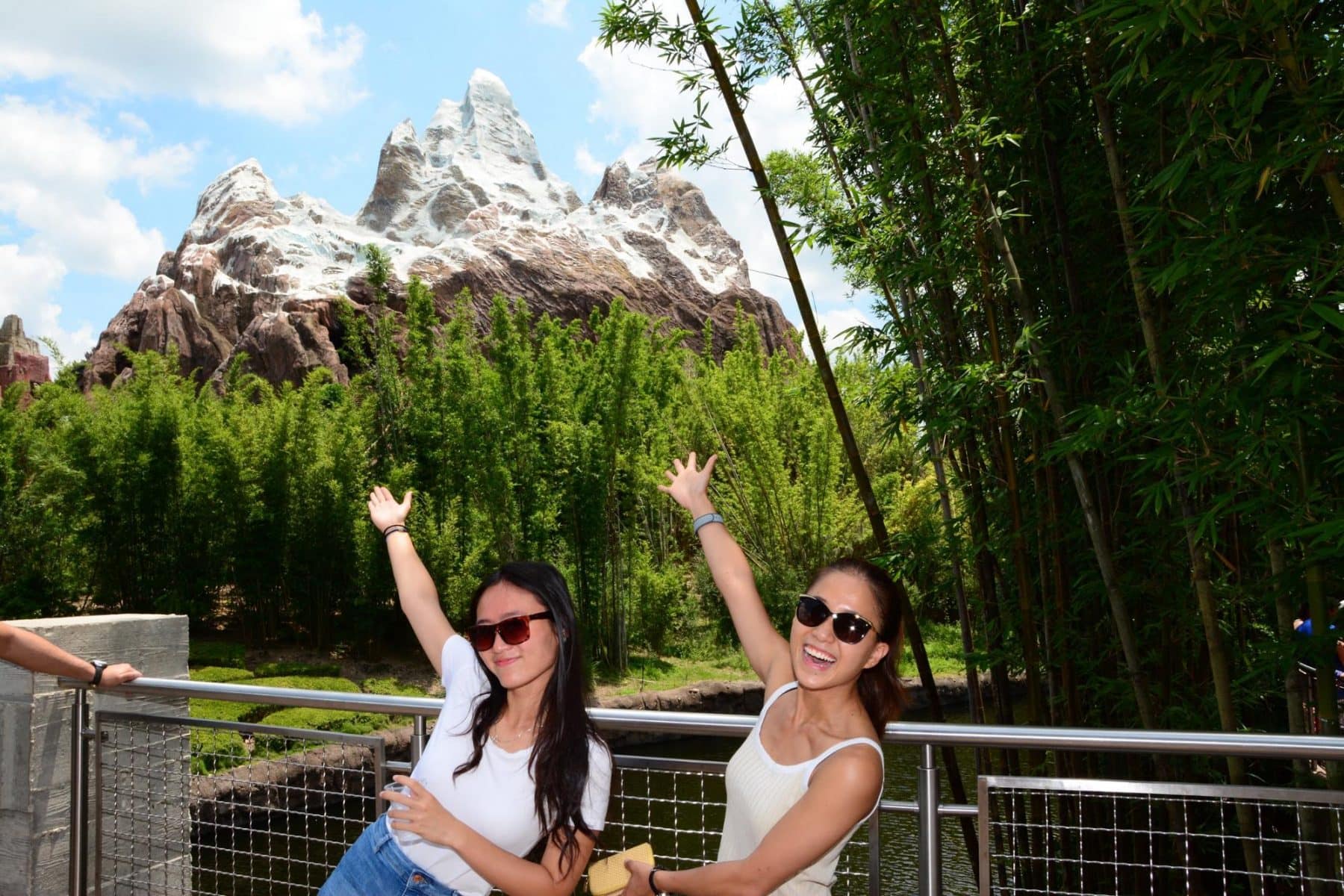 BUT NOT US! Cast Members get free entry to ALL Disney Parks. I loved it. I would spend my off days exploring the parks, or even come to work early so I could take a few rides/pictures before clocking in. 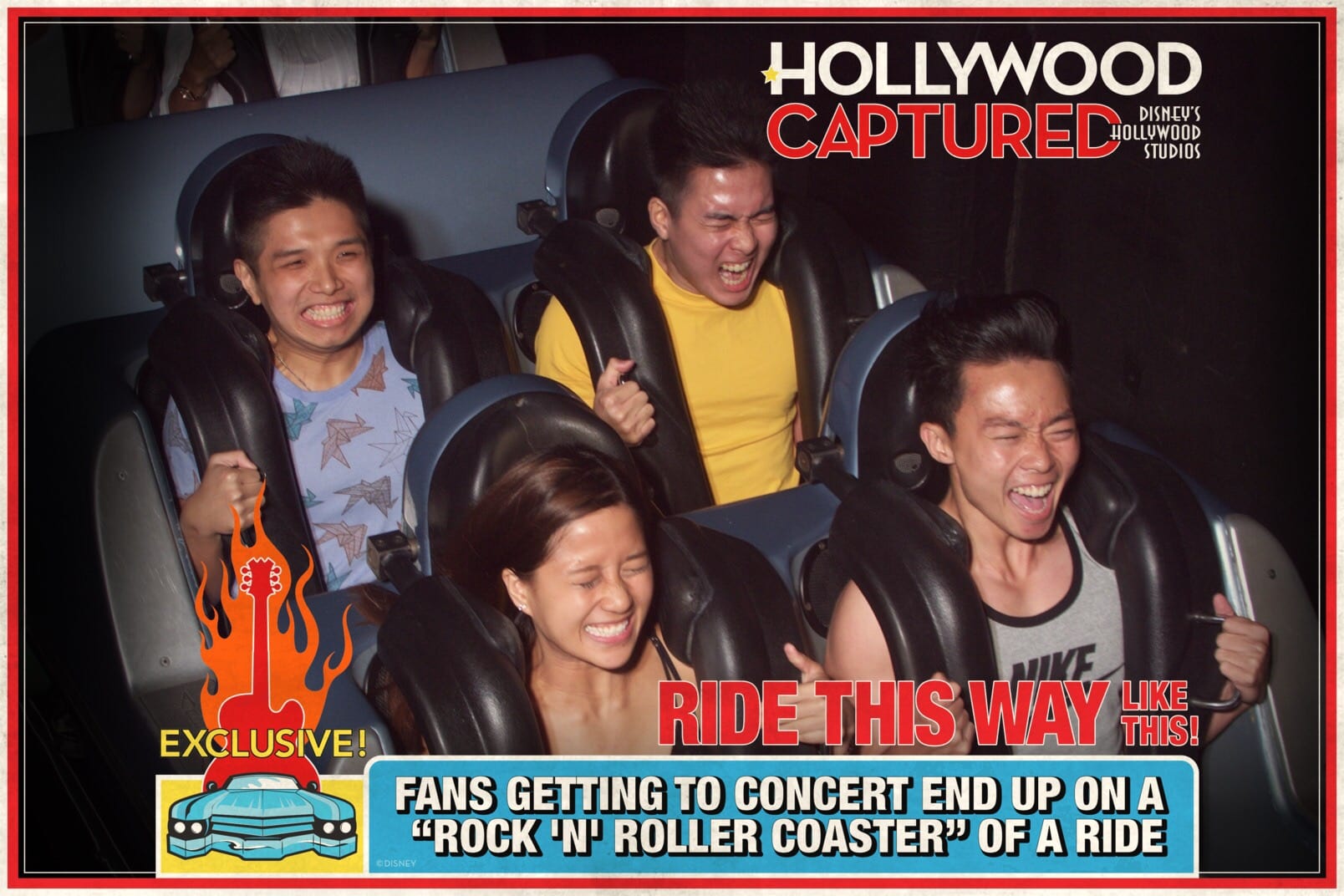 Cast Members also get 20% off all park merchandise, and 40% off full service dining. In addition, cast members get access to Cast Connections, which is basically where they send defective goods and sell them to cast members for as much as 90% off. And trust me when I say some of the defects are hardly defects. I bought an Olaf soft toy for $6 (RTP $26), and the defect? A little hole in the side of Olaf’s head which was barely noticeable. And mugs for $2 (RTP $16), pins for $0.99 (RTP $18-26), magnets for $3 (RTP $18). I mean like. Just take my money. 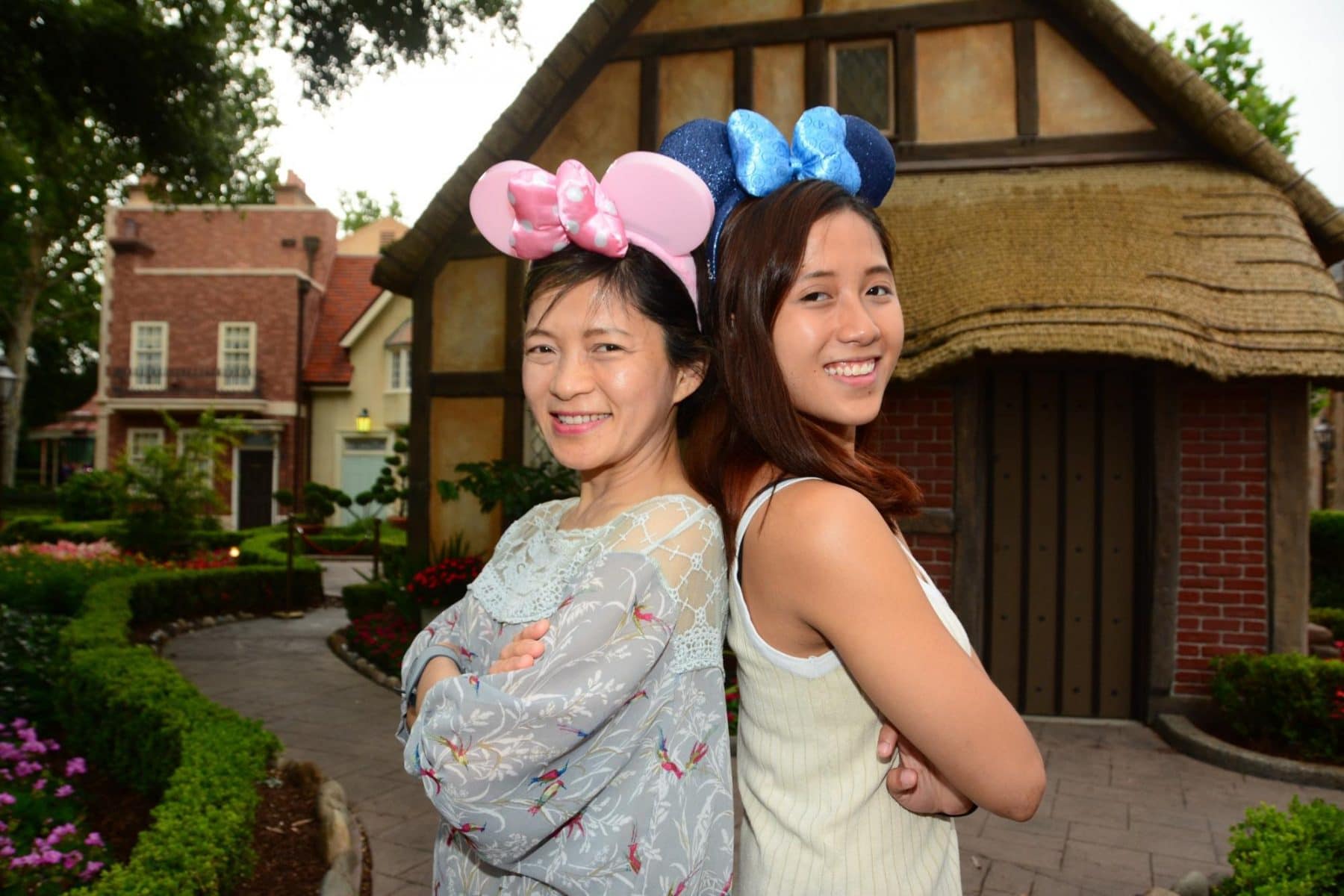 And finally, cast members get complimentary park tickets for friends and family. You get 3 tickets once you clock your first 150h worked, then another 3 tickets when you hit 300 hours, then the final 3 tickets at 600 hours. I used my tickets to bring my mother and boyfriend into the park when they visited. It really saved them a lot of money and allowed them to enjoy the park a little more 🙂 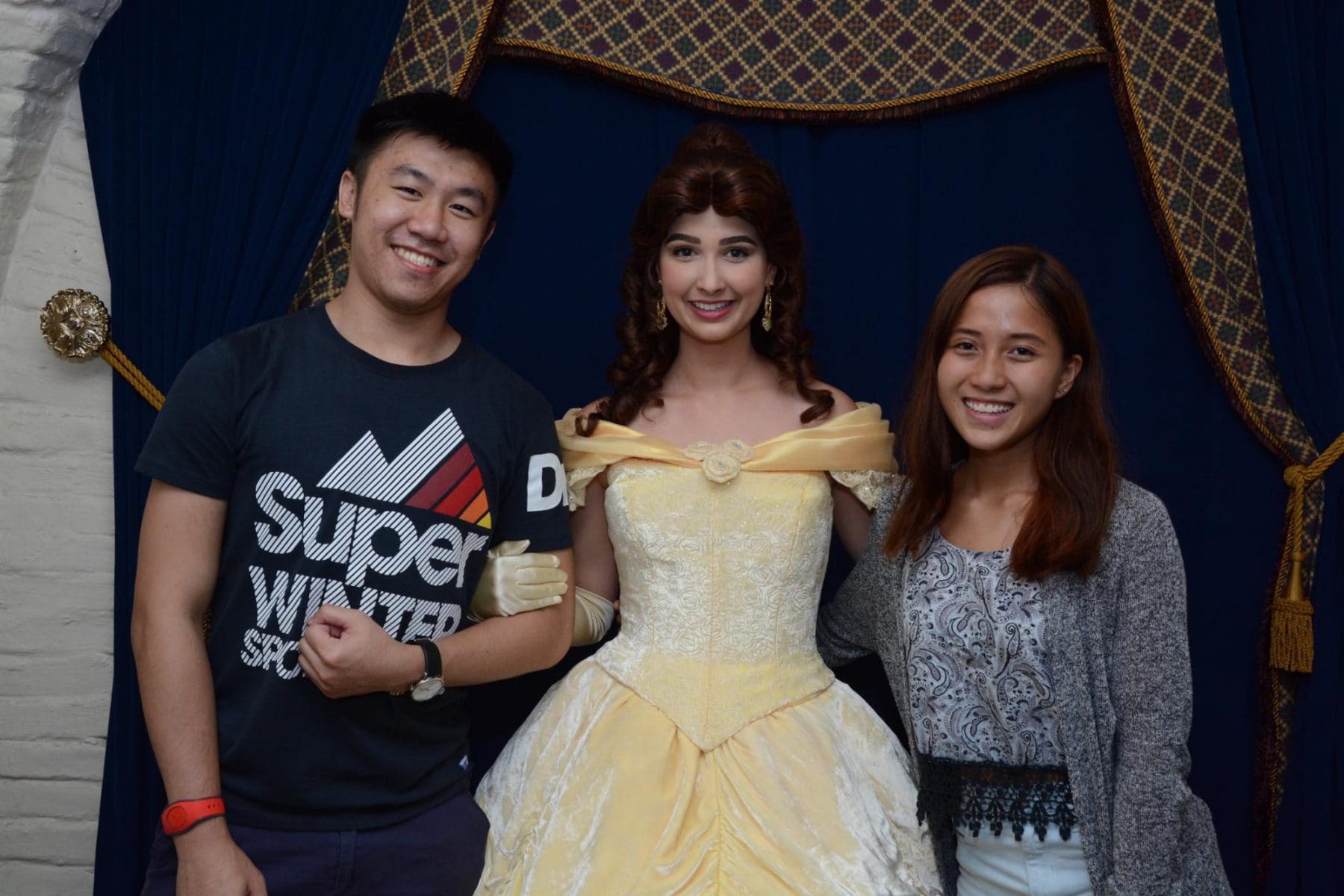 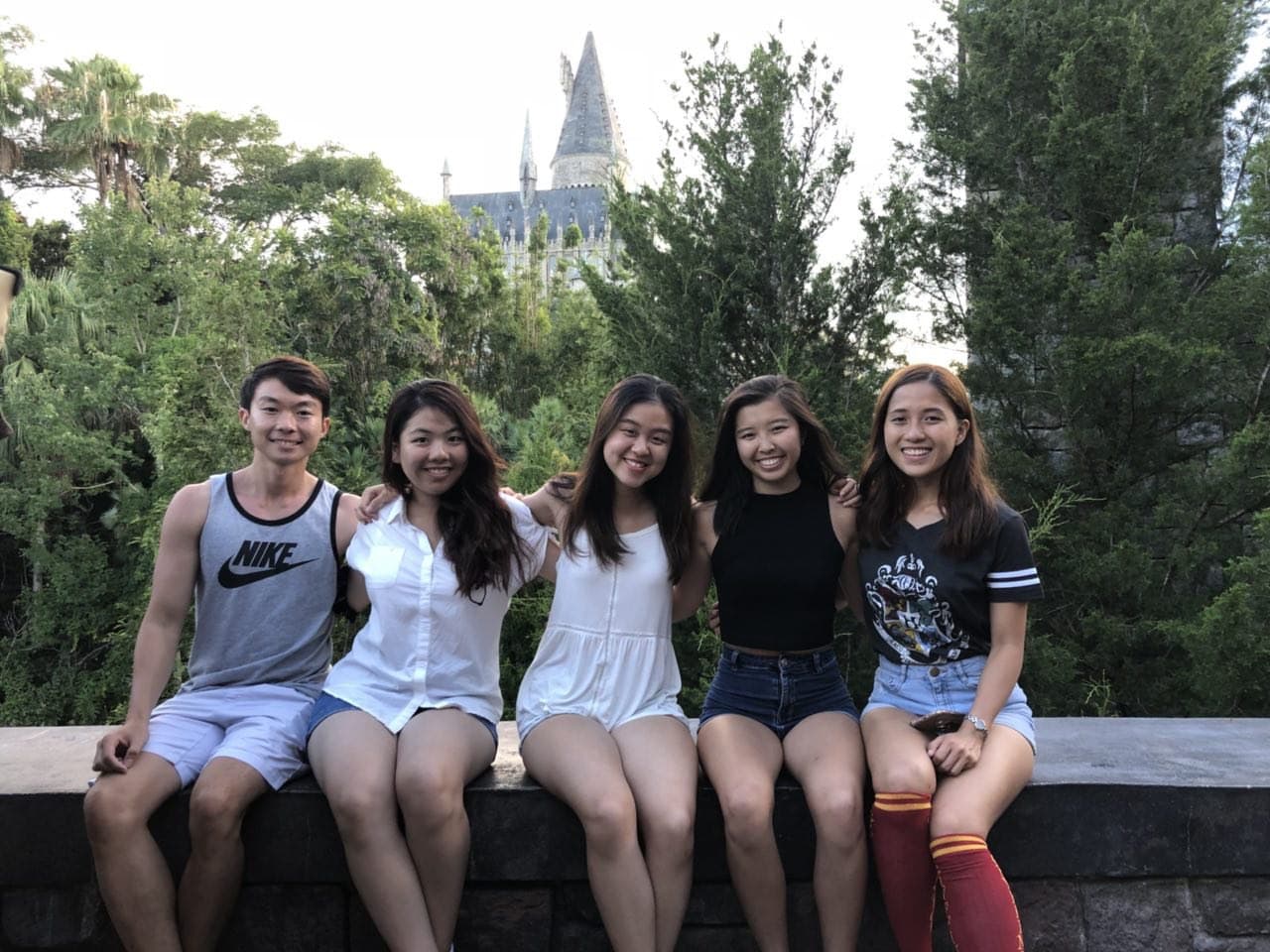 And obviously, I also explored the world outside of Disney. I went to Universal thrice (I die a little every time I see Hogwarts), took day trips to Daytona Beach and Miami, and spent a long weekend in New York. 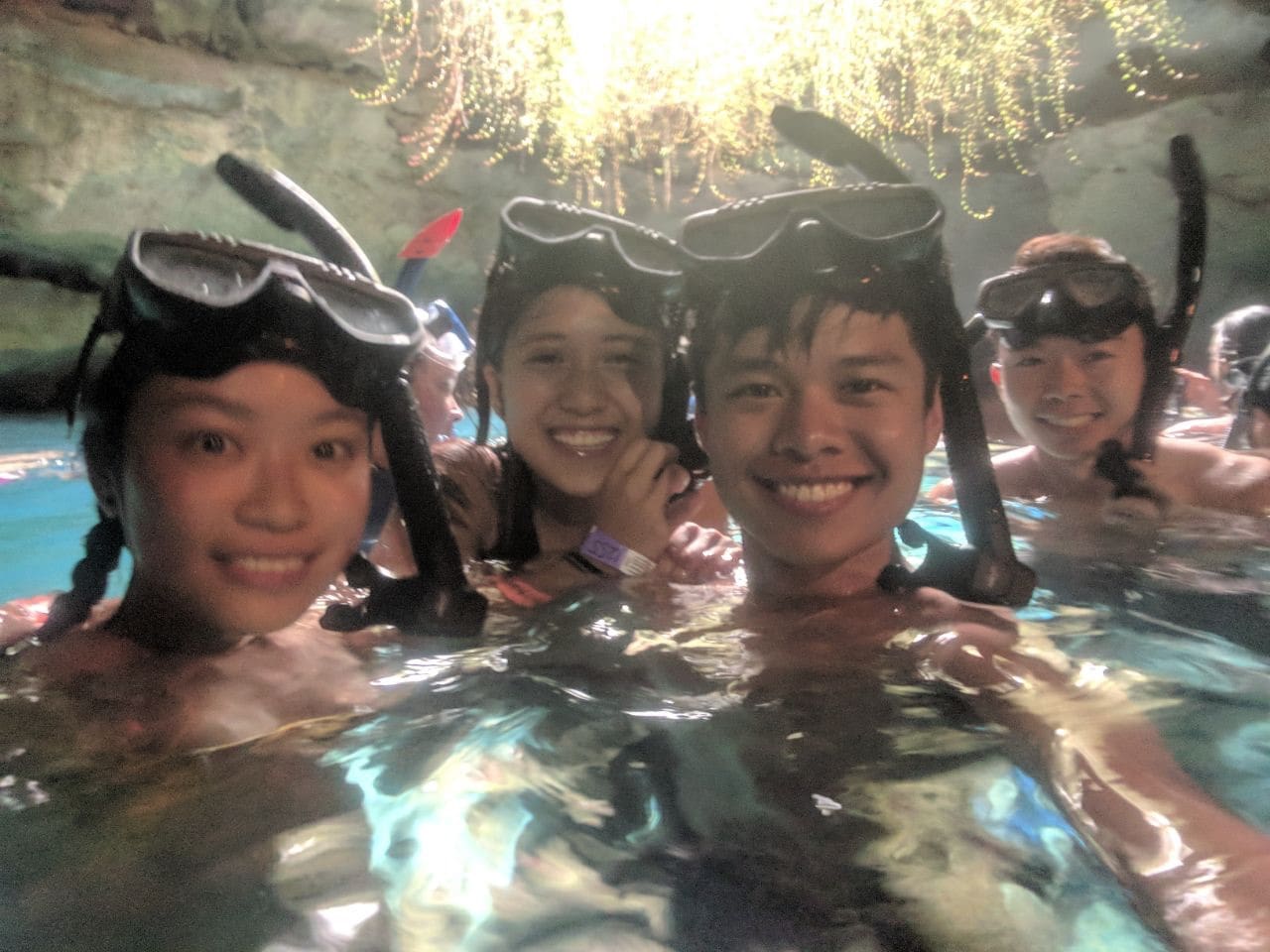 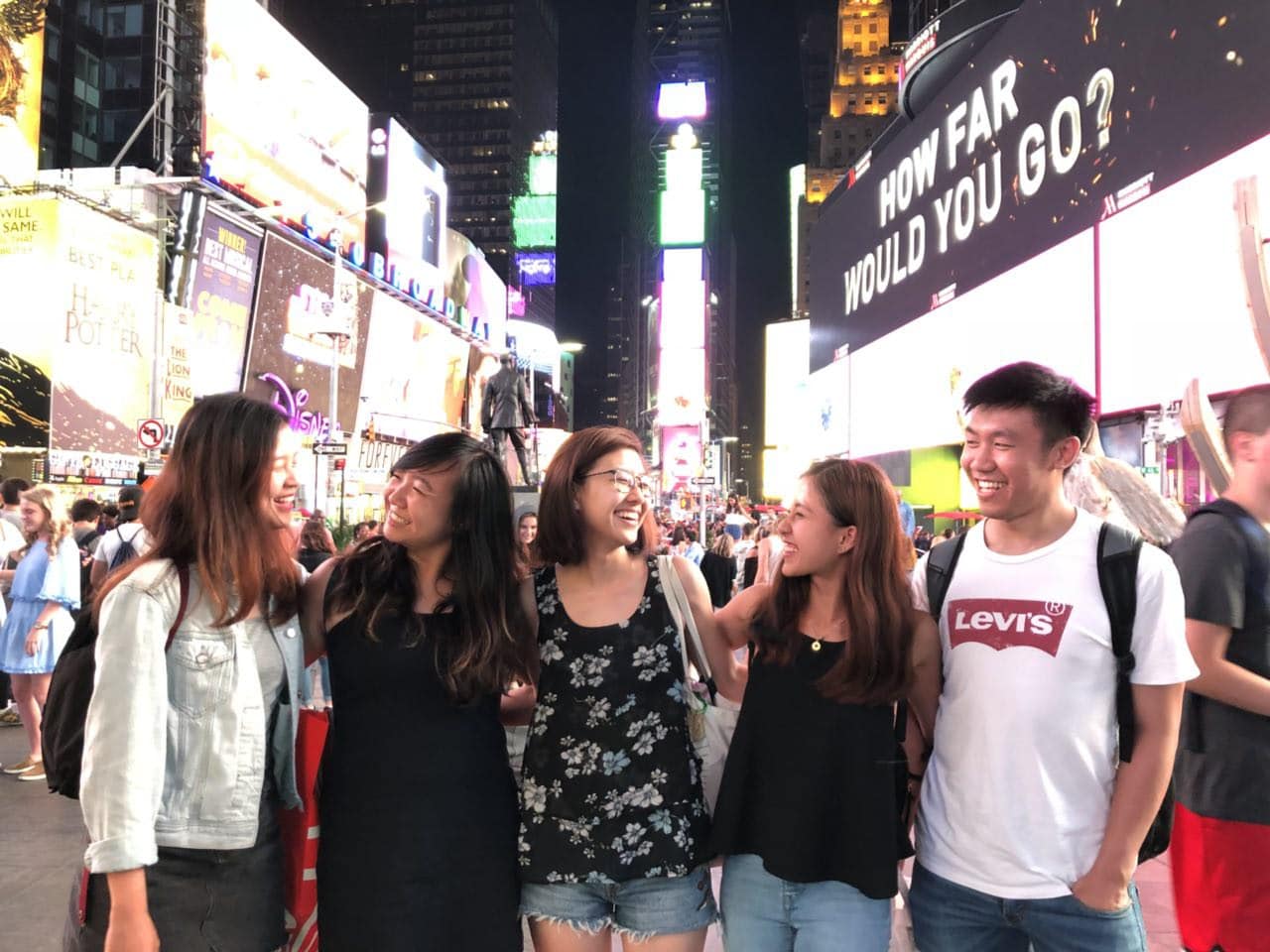 I guess this is the most practical part: How much did this trip cost in total? Here’s a breakdown.

If you’re considering an overseas internship, looking for some fun, or just wanna find something to do in the summer, PLEASE do the Disney Cultural Exchange Program. It will really be one of the best things you do in life. I’ve learnt so much professionally, grown as a person, and made memories that will last a lifetime. I’ve made magic and experienced the magic of Disney, and although bad days certainly exist, the good days outnumber them 10:1. I miss Disney tremendously, and I know a part of me will always remain in the parks.

So yup! That’s it! I hope this piece has been useful to you 🙂 Now it’s time for you to reach out and find your own Happily Ever After. 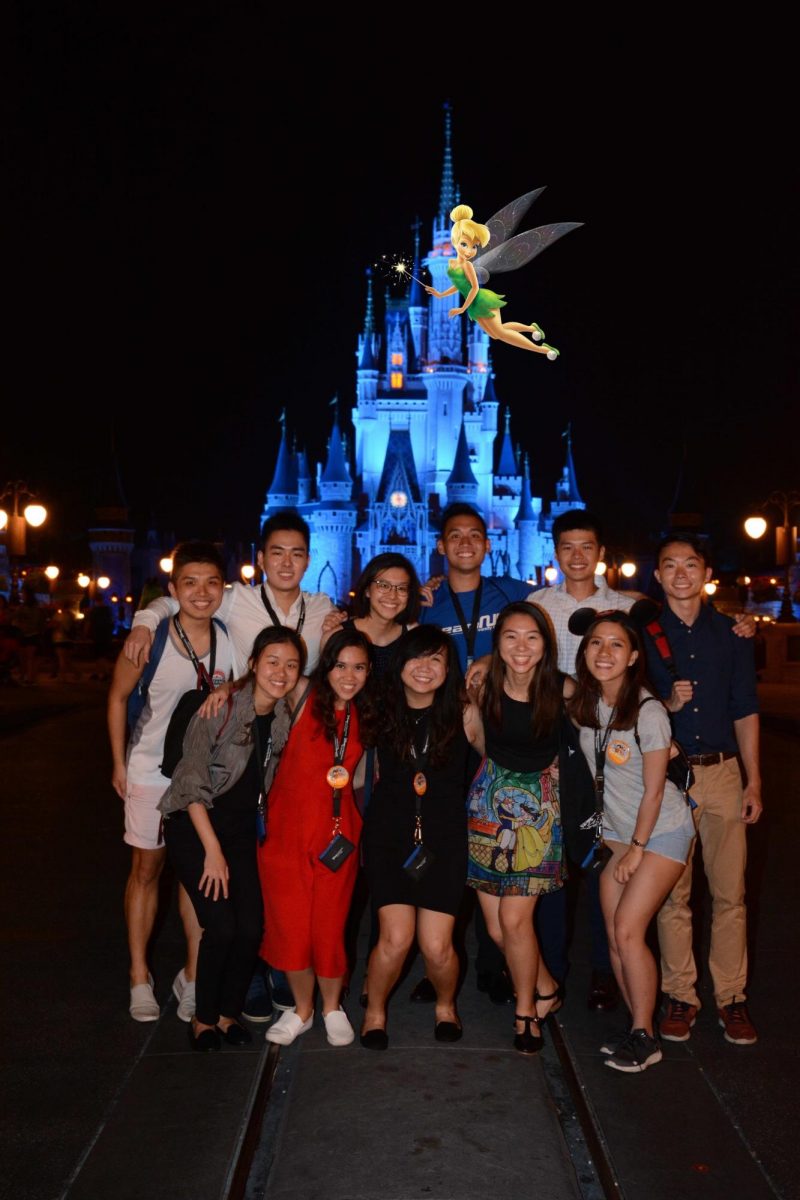 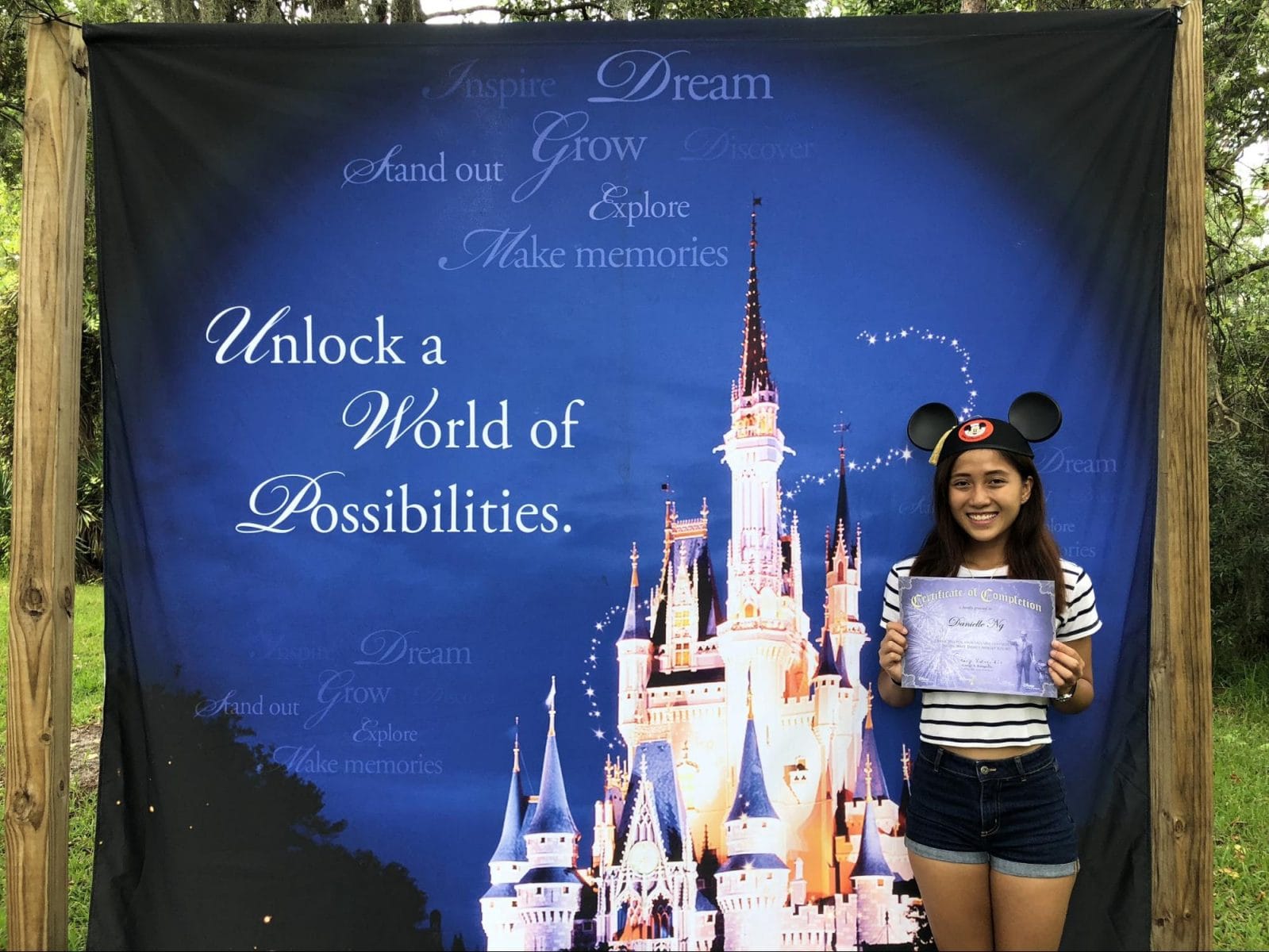