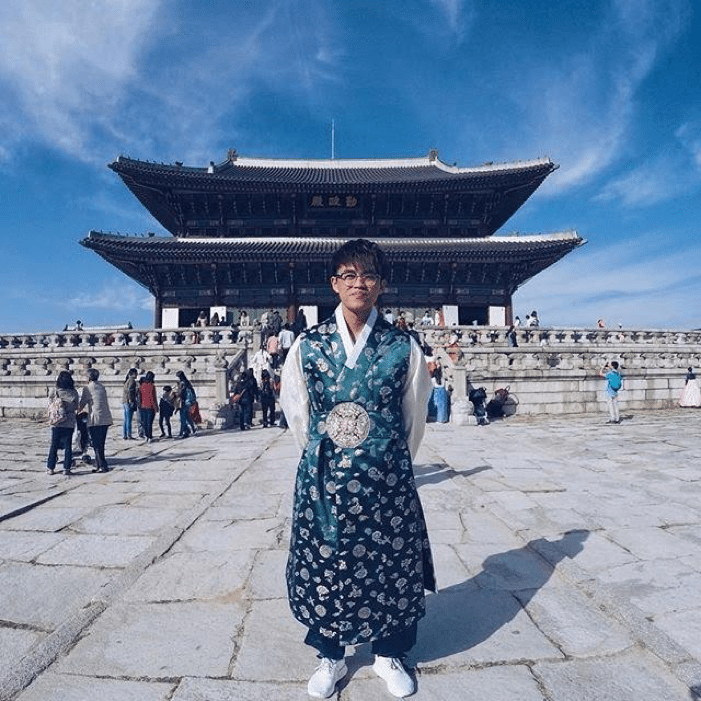 안녕하세요 여러분! My name is Huilong and went on exchange at Hanyang University, South Korea ??.
Many people have been to Korea before but there’s just so much more to do here other than shopping (which Korea is famous for, especially for their facial products, cosmetics etc). Take a short weekend trip out of Seoul and you can discover so many more things that Korea has to offer. If you enjoy breaking a sweat, take a hike up the many mountains that Korea has to offer and you will be amazed by the views. Here’s me atop 인왕산 (Mount Inwang), which is near the northern part of Seoul near Gyeongbokgung, and can serve as a warm up hike for the other higher and tougher mountains. Keep your eyes peeled for more posts to come!

With so many KBBQ restaurants here in Seoul, it can be quite difficult to find a good and affordable one. Just had this KBBQ buffet in Sinchon and this is possibly one of the best! Although they only serve pork here (2 types of cuts), their meat is fresh and marinated with herbs, not like those frozen meat you get at most buffet places. In addition, you also get refillable 된장찌개 (Soy Bean Paste Stew)! Decently priced at 11900 won (about $15 SGD), this place is definitely worth a visit!

If you love the outdoors, and want to give yourself a challenge, take a hike up 북한산 (Mt Bukhan). This was taken at 백운대 (Baegundae Peak), at an elevation of 837m. From here, you can see the whole northern part of Seoul and the views are worth the uphill hike. At the top, you can see locals taking a break, snacking and drinking 막걸리 (Makgeolli), which is the Korean rice wine. Give this mountain a try if you are here! (Tip: Some parts of the hike can get pretty slippery. You may want to wear shoes with good grip so that the climb will be easier and safer.) 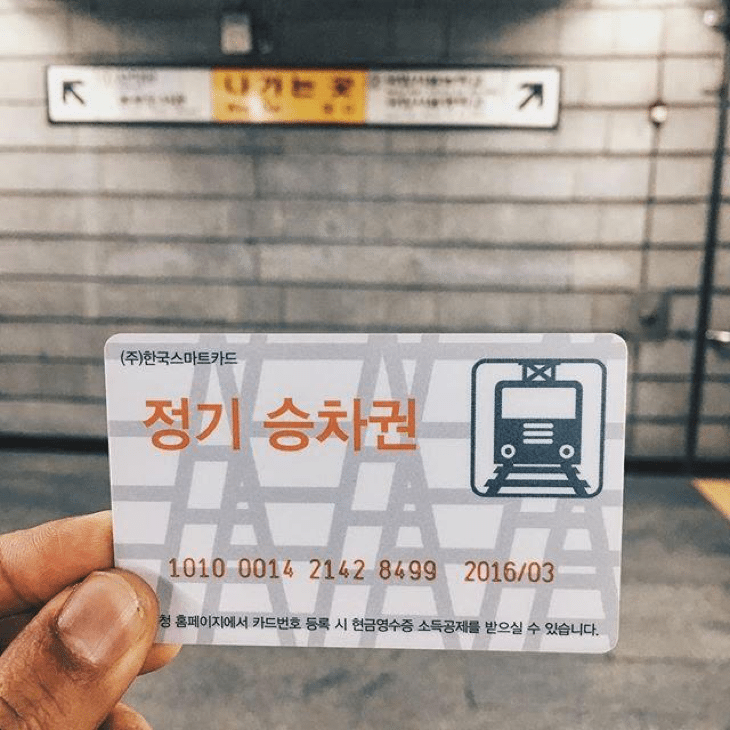 Save more with Korea’s own Ez-link card

Transport in Seoul can be quite expensive if you are constantly on the move. For their trains, you pay a flat fee for each ride and it costs about 1250 won on average (about S$1.50). For me, I take the train at least twice a day so it can be quite costly (>S$100/month). Money saving tip: Do yourself a favour and get this monthly concession card! You pay 55000 won (and an additional 2750 won for the card itself) for 60 train rides within Seoul. That works out to be about 960 won per ride and you can save on average S$20 for every 60 rides! I used up all my rides within a month!? but hey, if you can save some dolla dolla bills, why not! Just remember to thank me next time ?

Remember to take a trip down to 경복궁 (Gyeongbokgung), probably one of the most famous palaces in Korea. The entrance fee is 3000 won per person, but if you wear a 한복 (Hanbok), the traditional Korean costume, you can enter the palace for free! There are many Hanbok rental shops near the palaces and you can choose which character you want to be. I’m wearing the prince costume here ?Bask yourself in the Korean culture and take loads of pictures!

Korea has many quirky places to take your #ootd pictures ?. Yongma Land (where this picture was taken) is an abandoned amusement park and is a hotspot for photoshoots. (Cosplay, weddings etc) The reason behind the closure is not clear, although there are many rumours floating around (literally). Dress up, and find your favourite photo spot! Do note that the entrance fee is 5000 won though!

So we decided to take a four-hour car ride to the south of Korea for a three-day trip. First up on our itinerary was to climb 지리산 (Mt Jiri). At 1915m, 지리산 has the second highest peak in Korea. This picture simply doesn’t do justice the views up there (the clouds were like marshmallows! ☁) Because we wanted to catch the sunrise, we started the hike at 4pm, stayed over at a shelter on the mountain, and started our hike early in the morning at 4am. Unfortunately, due to the unpredictable weather on the mountain, we did not manage to see the sunrise, but the climb was WORTH THE VIEW. If you are into hiking, you may want to consider visiting 지리산. Stay tuned for more interesting places to come!

South Korea also their own bamboo garden, called 죽녹원 (Juknokwon). Located in 담양 (Damyang), it is about a 4-5 hour drive away from Seoul. Definitely worth a visit if you are planning a trip down to the South. An adult ticket cost 3000 won. Tip: tell the ticketing counter that you are a student in Korean 학생 (Hakseng), and you will get a 50% discount! We also visited Suncheon Open Film Set (순천 드라마 촬영장), located in Suncheon. The largest open film set in Korea, it consists of villages that were recreated to mimic those villages in Suncheon from the 1950s to the 1970s. Many TV shows have filmed here, and the ever popular Running Man (please tell me you know the variety show!) came here to film as well! Entrance fee to the open film set is 3000 won. With so many photo spots here and three villages each representing a different era, it is definitely worth a visit if you are down in the South!
P.S. You can rent school uniforms here to take pictures with!

I shall end off with a picture taken at Jirisan. Be ready to face the language barrier here in Korea; although there are more people who can speak English, Koreans generally prefer to speak in Korean. It would be good to take up some Korean classes (Hanyang University provides them!). Koreans are generally helpful and polite, don’t be shy and just ask if you need any assistance! There are still many places that Korea has to offer (and I haven’t been to!). Plan ahead and you will definitely enjoy your time here. Plane tickets are generally cheap if you don’t mind taking low-cost carriers!