This is well over due for another update. Last post was on a Saturday night after a day of exploring Warsaw and so I will pick up from there.

Sunday bought about a rather wet and miserable day but never the less I managed  to visit the Zoo and the national stadium.

I don’t know what it is about the zoo but I am a an avid fan and would be happy to wander around zoo’s day after day if it was logistically possible. Having only been around New Zealand and Australian zoo’s in my lifetime I was keen to check out a European version.

I was not disappointed!

Although the living conditions of the animals sometimes left a bit to be desired (the winter conditions didn’t help the look of the enclosures), the variety of wildlife was pretty stunning. I remember seeing somewhere that there were 500 different species, which in comparison to the Berlin zoo with 1500+ species is not much it still made for an enjoyable 3 hours wandering around.

The layout seemed different than other zoo’s I had been to. Situated on 40 hectares, there was so many animals that you just had to turn your back to see the next one and a brief walk away were 10 more. While obviously playing a part in the dirty enclosures, it was exciting to hear a roar from behind you while looking at bison and see a lion just 50m away in the next enclosure. I will leave the photos to do the talking for the rest of it. 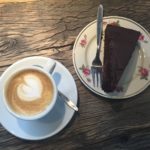 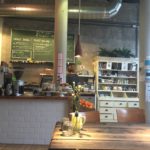 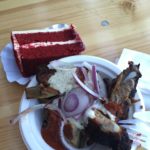 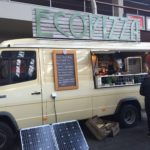 No time to visit a barber? Head over to the salon truck! 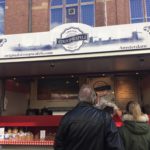 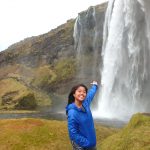 A few moments in particular stood out there, first there was a primate who had been given an apple for a meal but decided the best way to eat it was to smash it on the window and lick the juices off as they dripped down!

Secondly I was stoked to find a kea! A bit of NZ pride swelled up but it was busy being an absolute nuisance like in the wild.

I did get to the stadium after the zoo and had a brief look.

I headed back a few days later and ‘ice skated’ (picture a  giraffe on roller blades) in the middle of the stadium. This was a pretty unique way to see a stadium from the middle but what followed was even better. We had a go on the flying fox that stretched from one side of the stadium on the roof to the other. That is an experience I will never forget.

The weekend after this was my first trip out of Warsaw and exploring the rest of Poland. The Erasmus Student Network took a bus to Krakow for three days and it provided an awesome experience in a pretty stunning city. Firstly I have been thinking that the weather so far has been pretty good, and was wondering where the real winter was. The journey south provided this as we passed snow covered forest after snow covered field for hours.

When we arrived we were given a walking tour around the city. This was a fantastic way to get orientated but also to learn about the prolific history captured in a compact old city centre. Like Warsaw, Krakow has played a huge role in history, especially in ww2 and to learn about the little things that made up huge historical events made it very real.

For anyone who has seen Schlinders list, the tour took us down the street where the actions and the film took place. It was stunning to recognise first hand a place that directly linked to such drastic events in history in this way. Of course there are numerous places around Poland like this but seeing one that was captured on the big screen was a different experience.

The photos below show this I hope, with a scene from the occupation first then the same shot taken during our tour.

I thought that Warsaw was stunning  but the compact ‘old town’ in Krakow is another sight to behold. Made up of cobbled streets, churches, gardens and the likes there is a never ending trail of things to discover. 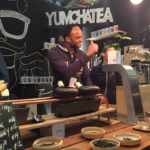 A definite highlight of the tour is Wawel castle, a casual stroll from the middle of town and home to stunning architecture and an unbelievable cathedral home to the resting place of many famous Polish icons.

Saturday morning I went along to Schindlers Factory to set the scene for the visit to   Auchwitz and Birkenau in the afternoon. While a brilliant museum there was a distinct lack of information about Schindler which I found weird. There was his desk from when he rescued so many Jews but that seemed to be about it.

Auchwitz and Birkenau were incredibly powerful. I have never heard a tour group go around for hours in near perfect silence but this happened and the mood was sombre for a while afterwards. Pictures, stories and movies don’t capture the essence of what went on there and is something that deserves to be experienced first hand. I took a few photos but left it at that; it didn’t feel like a photo taking place. I have it all in my head.

Sunday brought a trip to the Salt mine before heading home. The enormity of the structure is hard to get a grip on but there are underground cathedrals, restaurants, and monuments build out of salt (that incidentally is actually grey in the solid form before becoming white when crushed up. I have a lack of photos from here as the light was terrible for my state of the art (cheap cellphone) camera. 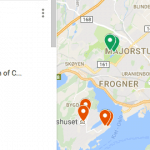 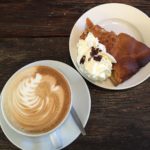 There was a pig in the river which I found out is actually a statue/monument but in the early light looked very odd!

Sunday run was even better. I headed out to a flea market early on and wandered around that for a few minutes but left as I was definitely the foreigner there and my Polish is not up to scratch enough yet to barter with the sellers. In my few minutes there I saw Nazi memorabilia (possibly fakes) art, statues, fake DVDs, Russian watches, pistols, samurai swords etc. I would love to return when I have  a better grasp on the language leaving there I ran to the tallest mound in Krakow and preceded to freeze my ass off while waiting for it to open. There was a lot of laps run around the castle waiting for this!

This was worth the wait however as I had a view over the city and the forests behind. 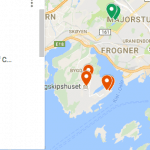 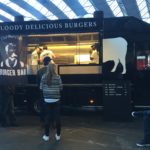 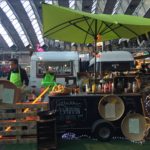 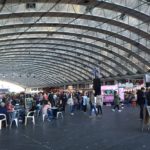 Krakow was an awesome weekend away and worth every second there.I feel like there is still so much more to see but I suppose that is what a great city feels like.

The following are just some random photos taken in Krakow and Warsaw, mostly on my runs around the place. 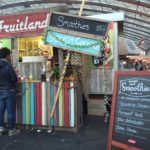 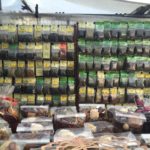 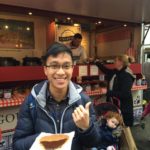 This has been a very very brief description of what I have been up to. I am looking forward to my next trip away; which incidentally begins with a bus ride in 7 hours time headed to Wroclaw for 3 days. Time to get some sleep before the alarm clock goes off. I will update this about Wroclaw soon after I get back (hopefully), with even more tales.