Learning How to Speak American

Hello everyone, I’m Kristalynn and I did my exchange at the University of Wisconsin-Madison, USA. Don’t fret if you don’t know where it is or if you’ve never heard of it – to be really, really frank, I myself didn’t even know of its existence until I was looking for a university to apply to for exchange!

Just to give you a quick introduction, UWM is located in Madison, the capitol of the state of Wisconsin. It’s in the midwest, and Madison is 3 hours away from Chicago. 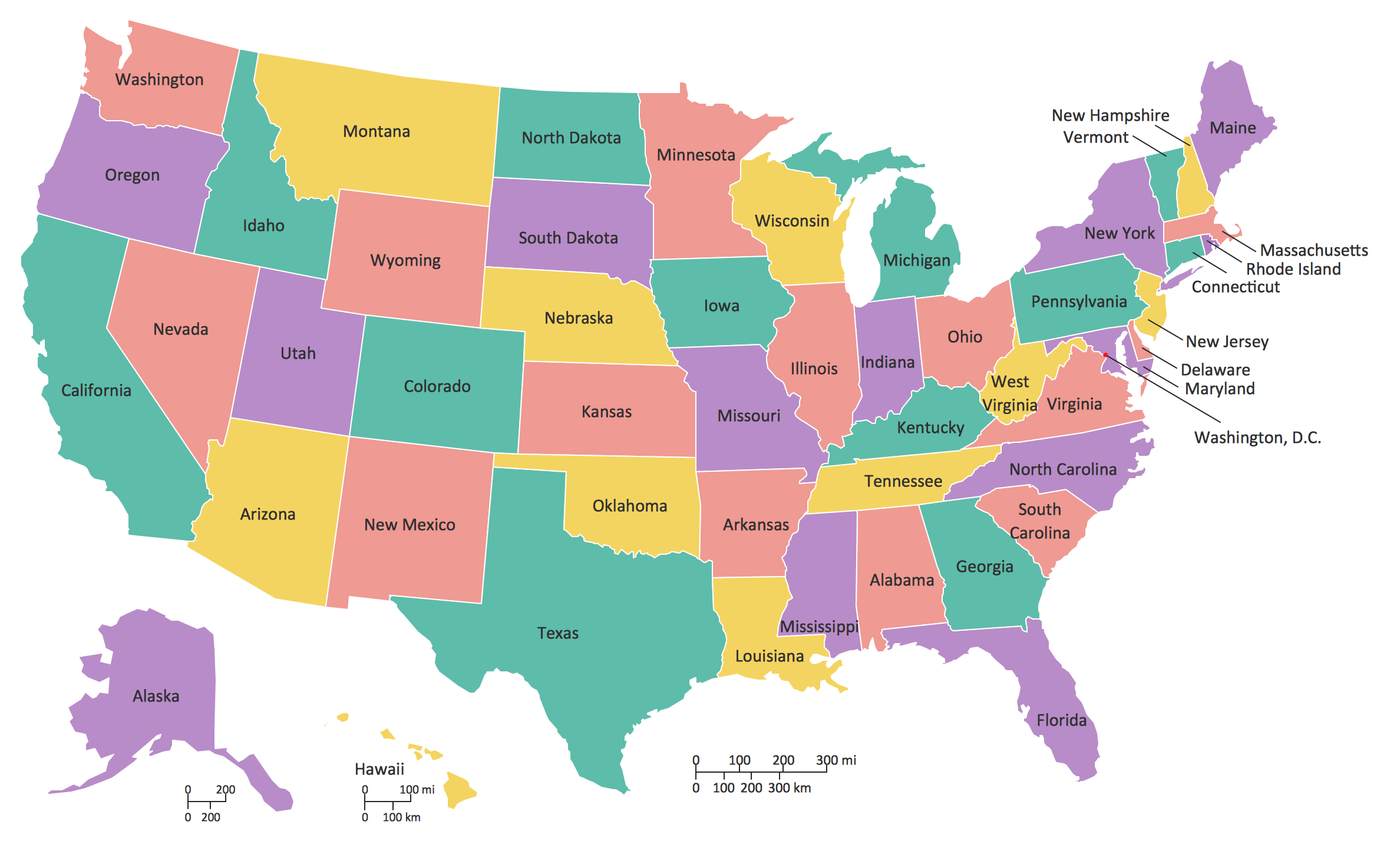 The US is supeeeeeeeeer huge, and not as many people do their exchange here as compared to Europe. So here are some things to consider if you’re deciding between America and Europe! 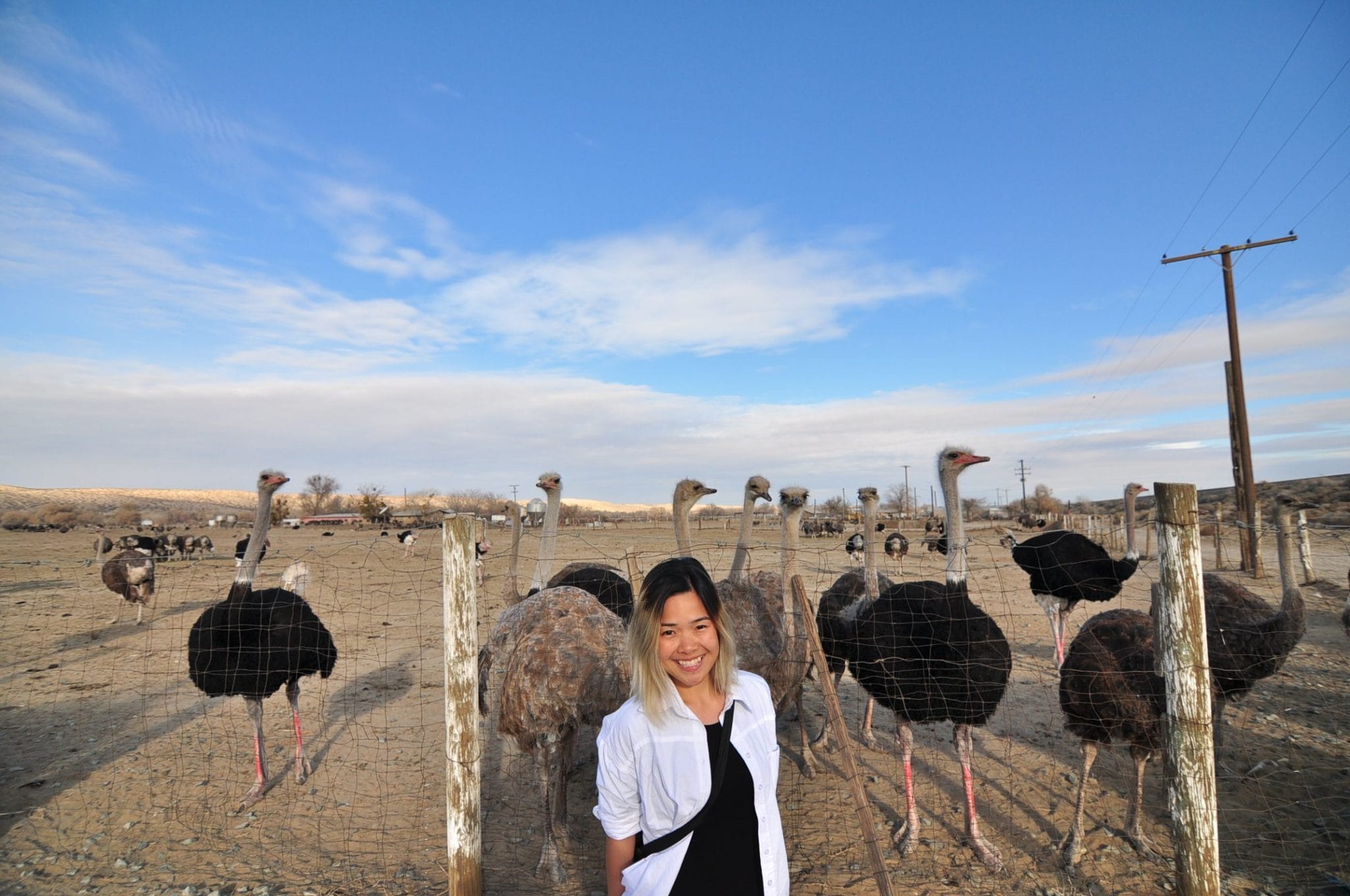 It’s true – you do need a car to get around, or you need to know how to drive, in the very least. Before I left to go to America, I hired Sydney old car removal services. You can either rent a car or buy a used car when you go to this website. As mentioned earlier, America is huge. There’s public transportation in major cities like NYC, Chicago, etc, but they can only be found in big cities, plus they can be pretty expensive.

Cabs are definitely costly, so Uber/Lyft is the way to go.

Outside of major cities, public transportation is sparse and not very well-connected. In my college town, it takes me 45 minutes to get to a mall that I can reach within 15 minutes by car. If you want to get places outside of town, your best (and only) bet is to lease a car and drive there yourself. BMW Car Leasing Deals are affordable and their cars are reliable.

This can be a problem especially when you’re travelling, because many picturesque locations are not within cities, and can be quite inaccessible. Most of the time, your two main options are either to join a tour or rent a car and plan your trip yourself. I strongly recommend the latter, so do ensure that there are people who can drive in your entourage!

US is way more expensive than Singapore, that’s for sure! Exchange-rate aside, a typical meal would cost at least $8 – $10USD. This is considered ‘$’ in Yelp, so I don’t recommend eating at places with ‘$$’ or more if you’re on a budget!

Also, as most people would know, there is no service charge in America, but there exists a tipping culture. Usual tips range between 15-20%, depending on the level of service and how deep your pocket is (hahaha). Another thing to note is that prices do not reflect the actual prices you have to pay, because prices shown are BEFORE tax. I can’t count the number of times I’ve taken something to the cashier, prepared the exact change of $3.99, only to realise that it’s before tax and the cost is > $4!!!

Oh, and taxes vary across states, and so does the prices of things. New Mexico is definitely cheaper than San Francisco for example. So depending on which state you’re going to exchange in, it might make a difference!

Of course, other things are cheaper in the US as compared to in Singapore, e.g. Ben & Jerry’s icecream…

There doesn’t exist an inter-state train system like in Europe, where you can easily get from one country to another in a few hours via train. To get from state to state, you basically have to drive, take a bus or fly.

Some popular bus companies are Megabus and Greyhound, but they only operate between certain states, and along certain routes. Bus rides are also very tiring, especially if it’s a super long journey! These buses can be pretty cheap if you buy your tickets early and if you buy non-peak timings, e.g. super early in the morning/middle of the night. However, they’re not super comfortable, and they often make many stops along the way if you’re making a long journey. For example, I took a megabus from Madison to Minneapolis which took 5 hours, and it stopped by Milwaukee and Chicago along the way.

You can rent a car and make a quick weekend trip if you intend to go some place relatively nearby. Some car rental companies offer cheap weekend rates (Fri-Sun) so you can consider this! Of course, try and get at least 4 pax to make the cost more affordable.

If the above two options don’t work for where you want to go, then the only other option is to fly. Unfortunately, there’s no super cheap budget airline like RyanAir in the US. There are many airlines that do domestic flights, but they aren’t cheap. Sometimes you can get lucky and find some cheap flights, but most times they’re really pricey (on average, at least 200USD and above, subject to where you’re going and which days you’re flying).

Also, the things you see in Europe are vastly different from the things you see in US. There isn’t much classic architecture, cathedrals, rich old towns or things along those lines. However, what you’ll see though are amazing landscapes – you can literally drive through a landscape that changes up to four times or more during a 5-hour drive. America is full of amazing national parks, state parks, and natural formations – that’s what you’re in for. If that’s your thing, then dayum you’ve found your gem. 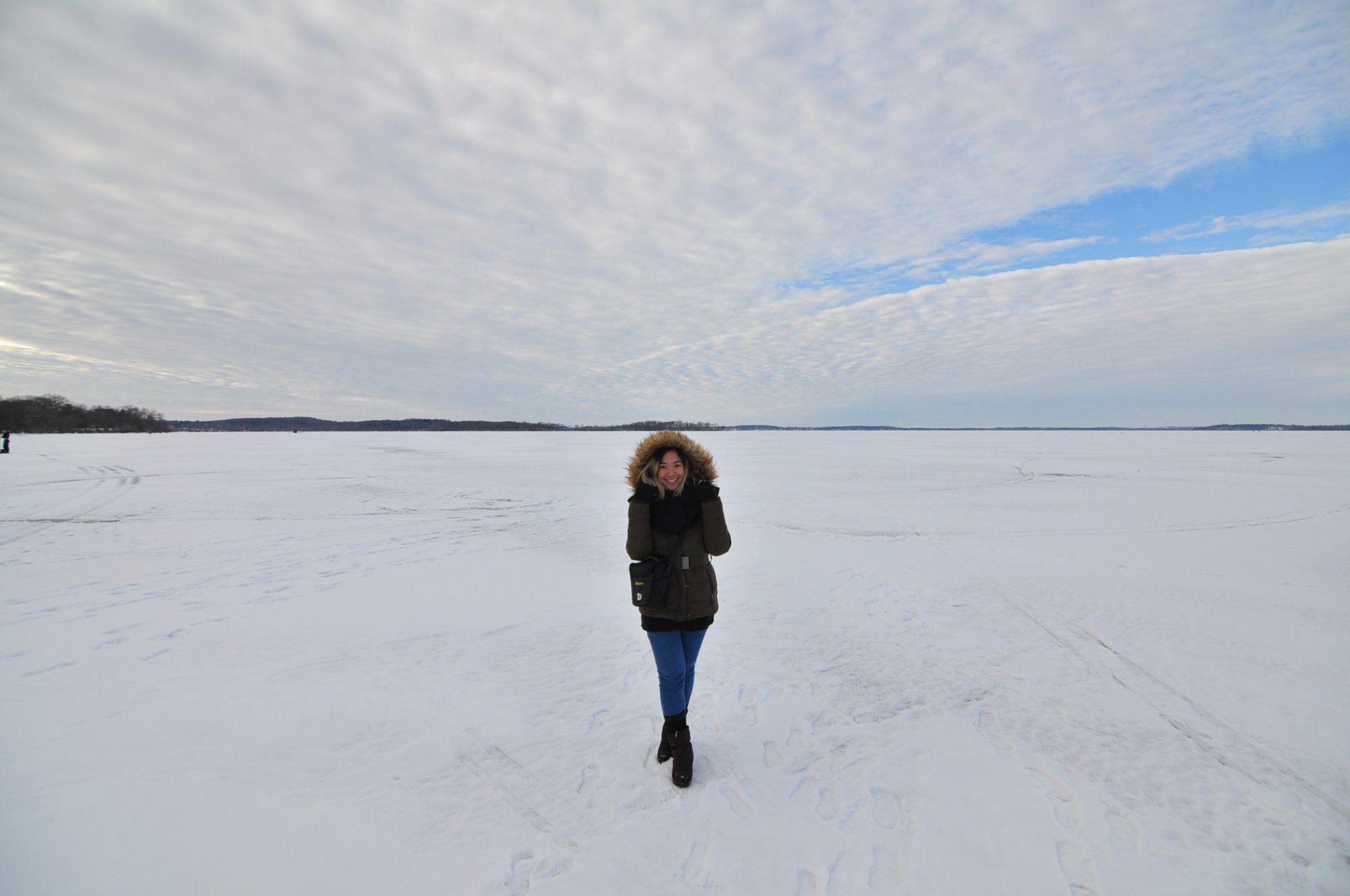 Ah, isn’t this the most important aspect of SEP? HAHA.

For University of Wisconsin-Madison, there isn’t a no-attendance option nor a 100% paper option. This is subject to the modules you take, but it is highly unlikely that it’ll be like some of the universities over in Europe. This means that you can’t just up and leave school for 3 weeks!

Most unfortunately for me, I had a 5-day work week (utterly ridiculous, I know TT) but I managed to work around it – making sure I skipped an even number of classes spread out over all the mods instead of skipping the same mod all the time, taking a few days off here and there, etc – and it worked out alright for me. I didn’t really have much school life during term time because I really spent quite a bit of time travelling, but of course everyone has different priorities!

If you intend to have a vibrant school life and be super involved in school activities, then US might be for you. UWM had activities literally every week, even up to exam periods! They take their work-life balance pretty seriously. If you’re into sports, that’s good because varsity games are pretty important to college kids! American football, basketball, hockey and more – they’re pretty into sports! 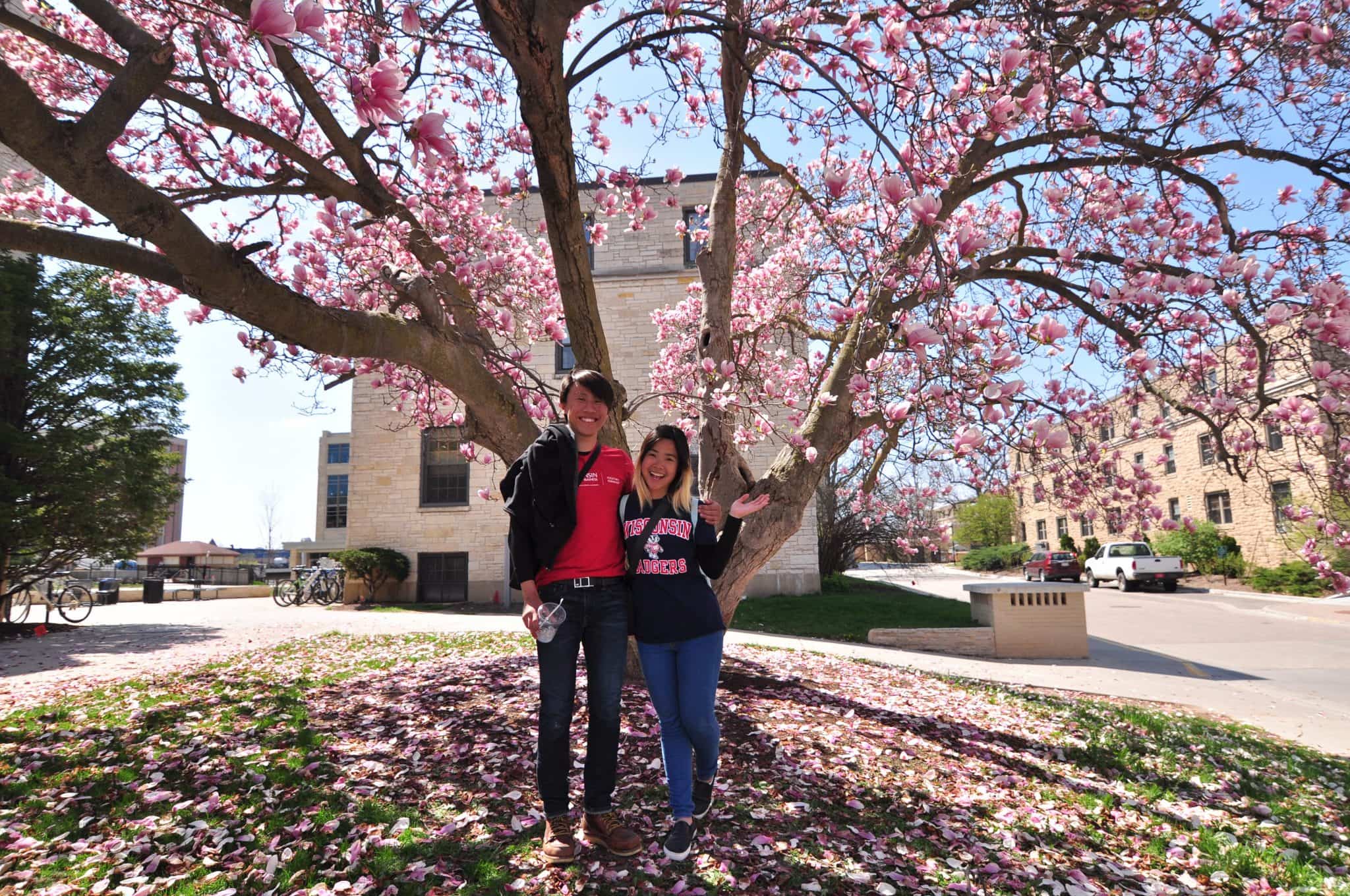 I chose America because I haven’t been to America, and it’s a lot less accessible than Europe is. Ultimately, I guess it boils down to what the types of things you want to see are, what kind of experience you want, and what appeals to you. Both continents are amazing in their own right, and I can’t tell you which is better because they’re both great – they’re just too different to be compared to each other!

Hope this helps if you’re caught in this dilemma! 🙂