Manchester: The Guide to the Gig Life

This is the (almost) complete list of acts I have caught during my exchange in Manchester. Sure, there are a few (Kodaline, BMTH and PVRIS) that required me to travel to other parts of the United Kingdom to catch, but for the most part, these acts played in Manchester. This, my friend, is one of the best reason to pursue an exchange at Manchester. There is always something there to whet your appetite for live music… if you know where to search.

1. How do I know who is performing?

There are many ways to go around doing this. Ticket providers such as SeeTickets, Gigs and Tours and TicketMaster allow you to search for gigs based on a specific time period (i.e. the time you are on exchange) and location (i.e. where in the UK you are willing to travel to). Alternatively, you can search through the event listings of event venues (take Manchester Arena for example) to see if there are any acts you would be interested in. However, perhaps the easiest way is to visit the tour pages of your favourite artist and see if they are performing in Manchester.

2. Are the tickets really cheaper?

The price of the tickets generally depend on the popularity of the artist. For worldwide phenomenon like Adele, Coldplay and Muse, you can expect to pay around 99 GBP. However, if you were to watch pop sensations such as Little Mix, 5 Seconds of Summer and The Vamps, tickets are usually around 30 to 40 GBP (but do not expect tier one seats or VIP treatment). Manchester is great if you are into indie (or more relatively unknown) music, where tickets can cost as low as 9 GBP. Therefore prices are generally cheaper than the usual price of $108 here in Singapore. Perhaps one example I can offer here is that my tickets to Charlie Puth costs 14 GBP (SGD$28?) back in Manchester, but they are a whopping SGD$108 here in Singapore.

As mentioned above, tickets are available through ticket providers like SeeTickets, Gigs and Tours and TicketMaster. However, what I would recommend is that you get tickets directly from the website of the event venue to ensure that you are directed to the correct ticket provider.

PRO TIP: You can follow the ticket providers and event venues on social media (Twitter especially) and turn the notifications on. This way, you will be notified whenever there are new acts being announced. In addition to that, you would be informed first-hand if they are any last-minute ticket releases to sold-out gigs (don’t be disheartened!).  Tickets are typically released on Wednesdays and Fridays at 9 am or 10 am. 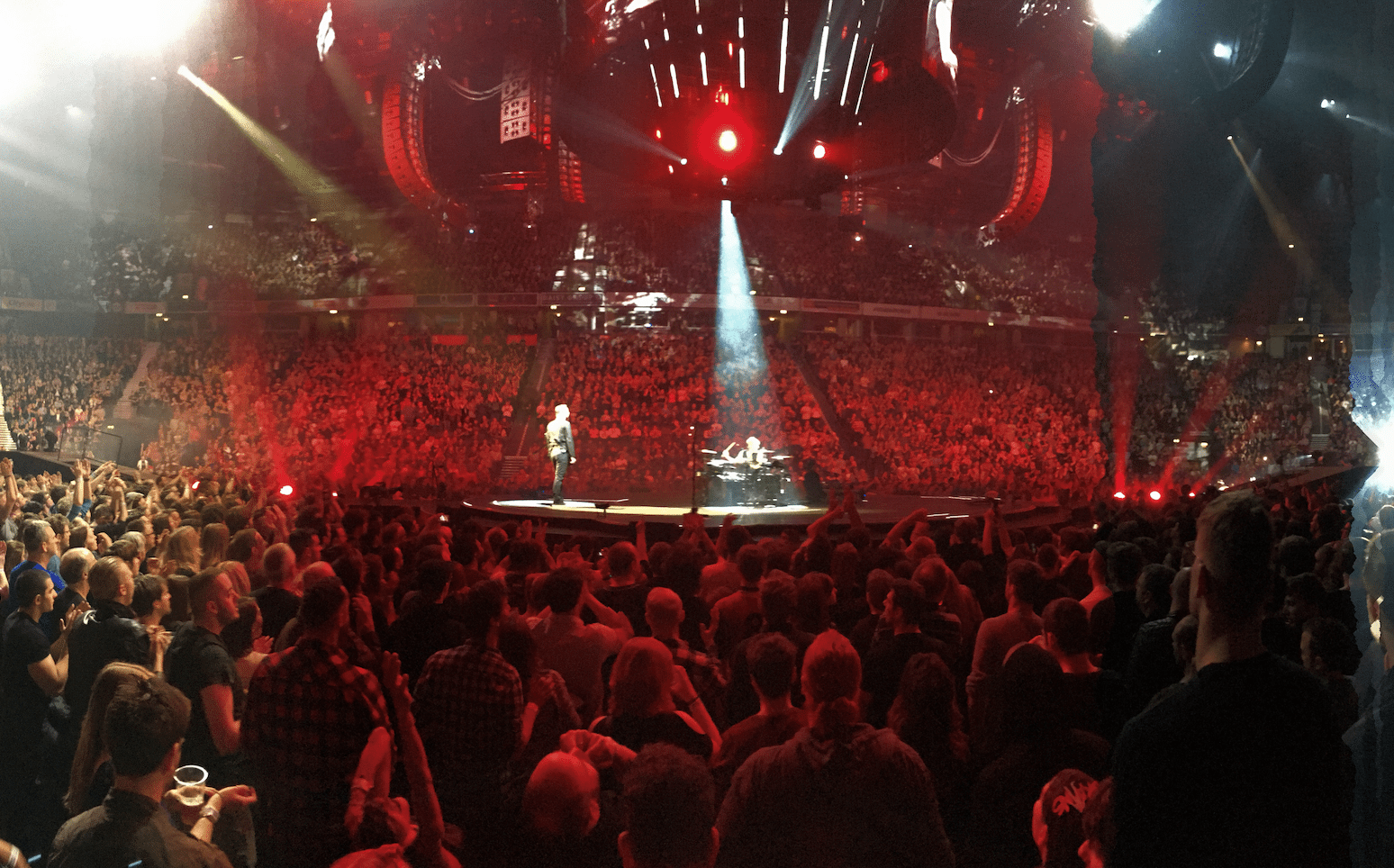 Muse performing at Manchester Arena for their Drones World Tour on 9 April 2016.

4. What are some of the event venues in Manchester?

There are many event venues of all sizes available. However, I can only speak for those I have visited (i.e. there are more to explore!).

This is perhaps the concert venue that I have visited the most. Expect acts (Adele, The Vamps, 5SOS, Little Mix, Macklemore & Ryan Lewis) that are more popular to perform here. A 50 minutes walk from the University of Manchester and located right next to Manchester Victoria station. Go earlier if you have a standing ticket and you can afford to go later if you have a reserved seat.

The crowd streaming into Etihad Stadium in preparation of Coldplay’s A Head Full Of Dreams Tour.

Yes, if you find the name familiar, this is the home to Manchester City Football Club. I saw Coldplay performing here. Seats are typically assigned so you can afford to go later (or arrive on time). However, if you have a free standing ticket at the pit, please do go earlier (especially if the artist performing is popular).

Heaton Park is the home to Manchester’s Parklife festival. There are a few stages with a wide variety of acts over two days. Plan your day (but the programmes are sold on the day itself) and get ready for mud when the weather condition turns bad (wellies!).

The best venue distance-wise if you live on campus. Located in the University of Manchester Student Union, you can expect a 5-minutes walk from Whitworth Park Student Residences. However, people generally arrive quite early to queue (as early as 9 am for a 7 pm entrance for Troye Sivan). If you are vertically-challenged like me, then you might consider going earlier to queue. 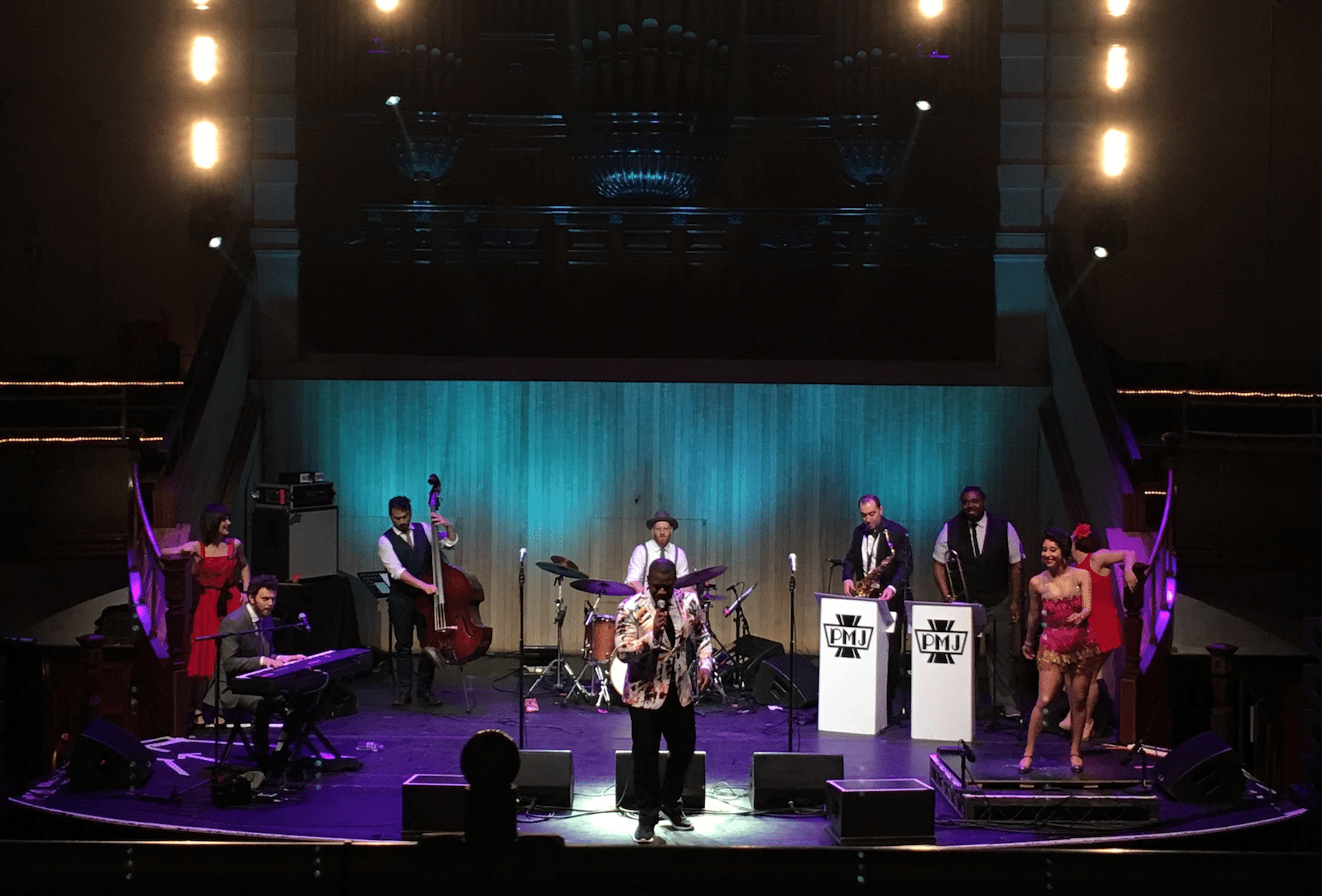 Originally a Wesleyan chapel, Albert Hall is the prettiest concert venue offering an intimate experience with your favourite artist. It has a free-standing pit on the first floor and free seating on the second floor. How early you should go down to queue would depend on the popularity of the artist. For some gigs, arriving 30-minutes earlier would guarantee you a front-row view, while for others, you might end up all the way back of the queue.

Although I have grouped them together, they are located differently. O2 Ritz Manchester is all free-standing, while O2 Apollo Manchester has a free-standing pit at the first floor and assigned seating on the second floor. Being affiliated with O2 (a telecommunication company), there are certain perks for being an O2 customer. For example, you can skip the queue by showing your telecommunication provider (O2) at O2 Ritz Manchester.

Like Manchester Academy 1, this venue is located at the University of Manchester Student Union. It is, however, a much smaller venue which translates to a more intimate performance. You can expect to be at arm’s length with the artist if you are standing at the front row.

Awaiting for a sold-out performance by Frances at the Deaf Institute on 30 May 2016.

The Deaf Institute is a small venue located on the second floor of the building. It is generally a free-standing area, but there are some seats located at the back and the side of the venue. You can expect an intimate performance as there are no barricades between the stage and the audience.  If you are hungry after the performance, there is a cafe/bar located below the concert venue.

Located at the Northern Quarter, the concert venue shares the space with its pub. Due to this, they are quite strict with their age restriction policy and you may have to produce your identification document upon entry.

There are of course other venues in which you can explore.

As a general rule, most venues do conduct bag checks at the entrance. Generally, they do not allow you to bring food and drinks (i.e. water bottles with water in them) into the venue as there would be a bar offering them. In addition, depending on how strict the management is, you may not be allowed to bring in devices such as laptops. Therefore, it may be wise to check the venue’s website to see if there are any other prohibited items.

Waiting time for queues depend largely on the popularity of the artists performed (unlike Singapore in which everyone is scared to be late). If you have a ticket for a reserved seat, you can afford to reach on time as per the stipulated time on your ticket.

The crowd in Manchester is generally more enthusiastic and fun-loving as compared to their Singaporean counterparts. Get ready to sing your hearts out!

It is common for artists to have opening acts, so keep an open mind as it is a great way to discover new music. In addition, there is usually an encore.

Lastly, perhaps my parting advice to the #giglife is to book your tickets early. Also, do not be disheartened when the gig you intend to go sells out, because there is a chance for more tickets to be released closer to the event date. Good luck and all the best!