Southern China, Smoothies and Something Awesome 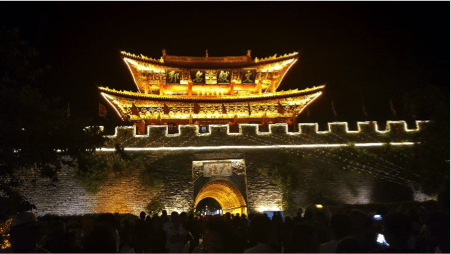 ‘China got things to see meh?’

That was the reaction I got from way too many people when I chose to explore the middle kingdom during my first solo backpacking trip abroad. Who could blame them? I mean what in the land of crappy VPNs and squat toilets could possibly compel me to forego a nice holiday to a much more conventional location(Bangkok anyone?) and fly to a place where whatsapp doesn’t even work. To be really honest, I still don’t know the answer. But this irrational choice was probably one of the best travelling decisions I have ever made. I cannot emphasise enough the immense beauty of Southern China, and the incredible people I met along the way that made it so wonderful.

There are way too many things in Southern China to put in one single blog post so I will probably only write about the one that left the biggest impact on me (or maybe it’s just because it was the first location I went to).

Meet Yunnan, or as they call it the land of eternal spring.

A picture of Shi Lin, the stone forest

So the most common route that people often take is the one that goes through Kunming-Dali-Lijiang-Shang-rila. In fact all one has to do is simply to do a quick google search on tours in Yunnan to find an entire array of tour agencies offering that exact same itinerary. I, however, decided to take a less conventional route in an effort to keep my costs as low as possible (Ideally less than a thousand dollars for a month’s worth of travel). This meant eating at dubious looking shops, climbing across fences and travelling to weird places just so I could couchsurf for free.

SGD1 for this feast!

Which is why the first thing I did when I got to Kunming, the capital of Yunnan, was to book a train ticket to the nearby city of Qujing to meet my first couchsurfing host.

Another hour of waiting…

So the process of getting on that train turned out to be more cumbersome than I thought. There were at least two different gantries where you had to scan your bags and empty your pockets and you had to show your passport and ticket at least three times at different checkpoints.

So after about three hours of jostling in the crowds and learning the different variations of curses in Kunming Hua, here I was in Qujing and it turned out to be everything I expected. A communist-ish era city with architecture from the dark age and a temperature you could freeze to death in.

Am I in Stalingrad?

So my first introduction to Yunnan wasn’t exactly great but I took comfort in knowing that the very next day I would be heading back to Kunming and exploring the real city of eternal spring that I’ve heard so much about. Before I left, however, I took some time to walk around the city and in particular the Qujing Normal University campus where I stayed in and it turned out to be a pretty remarkable place, or maybe it’s just the weather that made the 35 degrees sauna back in Chiang Mai and Singapore feel like hell on earth.

The next few days were spent in Kunming where I stayed in the lovely Cloudland International Hostel. There were a surprising number of Chinese people staying here (many from other parts of the country who were travelling past the area).

Spent the day exploring the Green Lake(no prize for guessing how they got the name), Yunnan University and ended the day with a mini night market on Yuan Xi Road.

Didn’t expect to see you here?!

Day 3: No its not Shilin Market

Some nice looking building I didn’t go into

There are a number of ways to get to the Shilin(The Stone Mountains) but apparently the cheapest and most commonly used one is by taking a public bus to Kunming East Station followed by another 2 hour bus ride to the Shilin area itself. Public busses to the station normally cost around 1 or 2 RMB depending on where you are taking it from, and the bus from the station to Shilin was 34 RMB the last time I went.

Tickets cost 175 RMB which is a pretty hefty price but considering it’s a world heritage site and also how beautiful it is I’d say go for it. Unlike other less popular locations though I could not find a way to sneak into the premises without being caught so you pretty much have to part with that money. There is also an additional 25 RMB fee for a buggy service that carries you from the entrance of the site itself and the bus drop off point but unless you are going in summer just save the 5 bucks and enjoy the walk.

Day 4: Is this real life

Had one final meal in Kunming with a fellow traveller from Turkey in cloudland before heading over to Kunming West Station. Quick tip: Bring a foreign friend to any restaurant for better service and bigger portions (Thanks for the free noodles overly excited waiter!)

A bus from Kunming West Station to Xiaguan in Dali costs about 138 RMB and takes about 4 hours. There is the usual checking of passports and passing your bags through checkpoints but the process here was significantly faster. There’s also horribly dubbed American movies being played on the bus if you want to be entertained during the trip. Once arriving at Xiaguan I was greeted by a horde of drivers offering to drive me to Dali for a ridiculous fee of 100 RMB or something. Felt quite bad ignoring them but then again the 100 RMB saved was probably worth that roughly 3 minutes of guilt. There is a bus stop just outside the station that can bring you to the same place for just 2RMB (Bus 12 then Bus 8)

If you’ve ever watched any romanticised medieval Chinese drama and fell in love with the set, then Dali might just be the perfect location for your next trip. With its charming crowds and picturesque architecture, Dali very well lives up to its name as the capital of Nanzhao.

The drink looks better than it tastes!

At the heart of it all is Dali Ancient city, a bustling square which somehow manages to juxtapose the ancient military fortress of the King of Nanzhao with the modern night markets, which were filled with western bars and an annoying Chinese pop music that I can’t get out of my head.

My final(Sort of) day in Dali was spent at the Three Pagodas and Erhai Lake. The former is a pretty short walk from most of the hostels in the ancient city and costs about 121 RMB to enter(If you are a student do ask for the Ban Piao as that will cut the cost of the tickets by about half and save you a ton of money). Once you are past the gates it is pretty much a straight road you can follow to see the different sites within the area.

Something out of a fantasy novel

It took about 3 hours to cover the entire area, explore the various buildings, and mull about my NUS grades (Ya that happened to be results day). The amazing sight I saw was pretty worth the 60 RMB. It was about a one and a half journey by public bus to the next stop at Erhai Garden where you will be rewarded(For bearing the 90 minute ride) with a spectacular view of both the rest of Dali and Erhai Lake. Most people avoid trekking up the seemingly endless stairs to the top of Erhai Gongyuan but the end view was probably worth all the sweat (or lack of because its so cold).

Day 6: Lijiang and the journey to the east

My last day in Yunnan was actually spent in the small town on Lijiang which supposedly traces its roots back to the Song Dynasty. I rented a minibus from Dali which cost 60 RMB and took about 2 and a half hours. As I was planning much of my itinerary on the road, Lijiang was more of a last minute journey to complete the trio rather than an actual place I wanted to visit. It was a great treat nonetheless.

As I was in a hurry to catch an overnight train in Kunming to Guangxi Province, I wasn’t able to spend much time in Lijiang or see the famous night view. There was, however, an 80 RMB ticket to visit the town itself. I managed to get mine for just 40 RMB simply by asking around some of the locals who were somehow able to get additional tickets of their own. Ended off the short stint in Lijiang with an 8 hour journey back to Kunming just in time for my overnight train to next stop on my month long trip in Guangxi Province.

I guess China is pretty cool

Contrary to popular belief, China is actually a pretty cool place. My itinerary was probably not the most wholesome nor was it most detailed because I was trying to cover as many places as possible with as low a cost as possible and there were a ton of places I’d love to have visited(Tiger Leaping Gorge, Shang Ri La, Jade Snow Mountains and the like) but I guess it’s good enough for anyone wanting to have a rough gist of what Southern China is. If time permits I might even do another write up of my itinerary in Guangxi Province, another incredible place with a completely different set of rules.